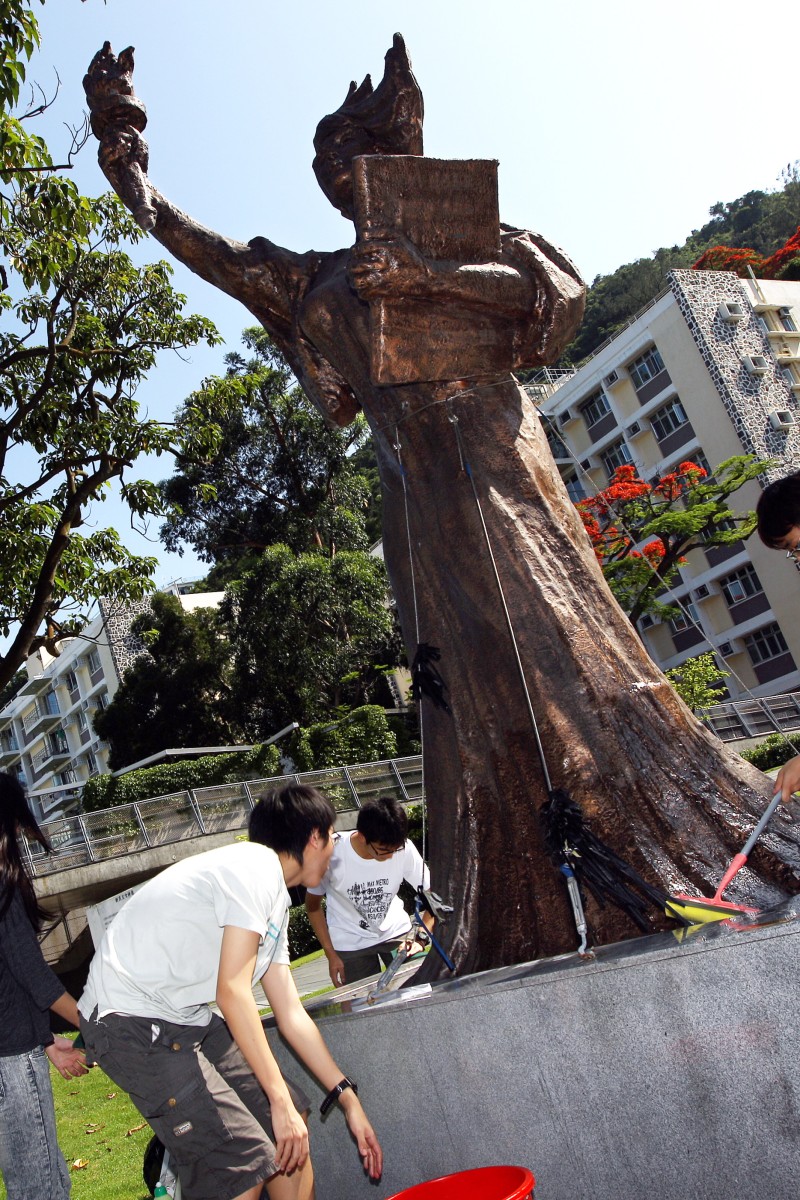 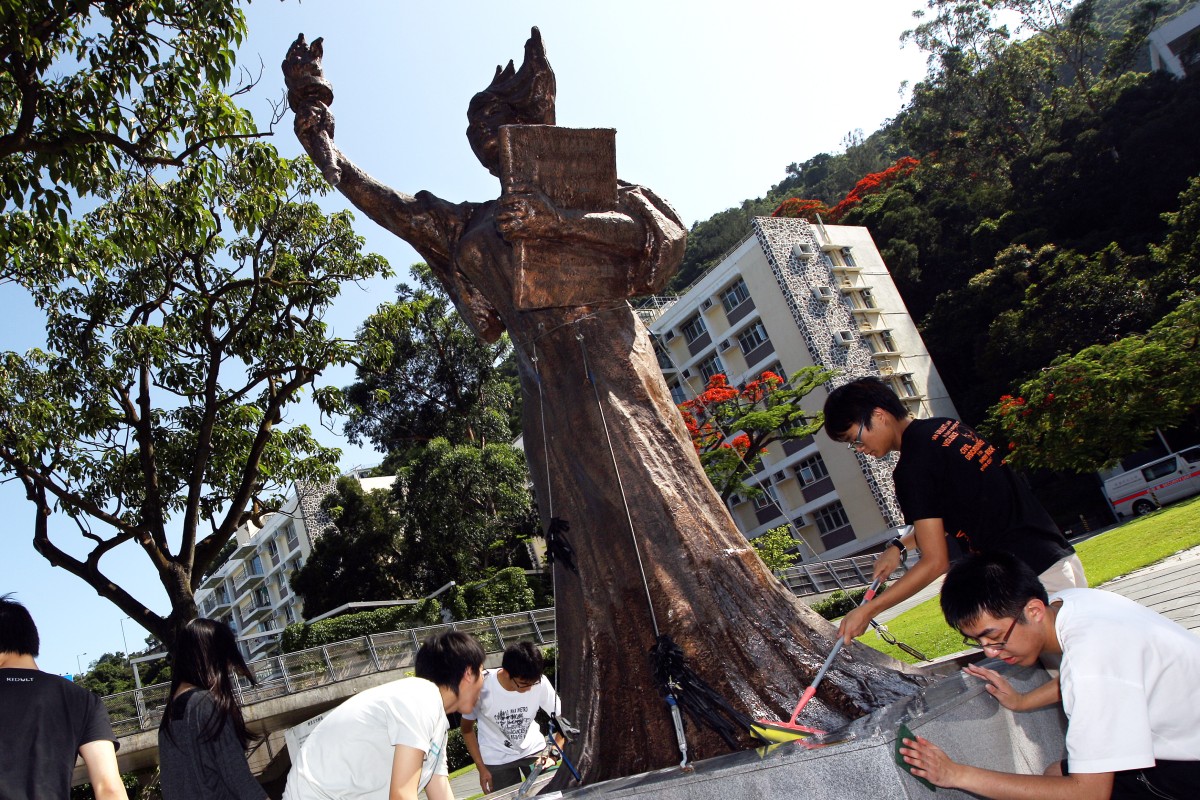 Chinese University student union members clean and decorate the Goddess of Democracy statue in 2012. The sculpture was removed from campus in the early hours of Christmas Eve. Photo: SCMP / Sam Tsang

Two more local schools have followed suit a day after the University of Hong Kong dismantled a statue commemorating victims of the 1989 Tiananmen Square crackdown.

The Chinese University of Hong Kong (CUHK) on Friday confirmed it had removed the statue known as the Goddess of Democracy, which had stood on campus since 2010, while Lingnan University said it had torn down a wall relief memorialising the crackdown.

Both artworks were created by the sculptor Chen Weiming, a Chinese-born New Zealand citizen now living in the United States.

In a statement, CUHK noted that it had never approved a 2010 student union request to place the statue on campus and that its reasoning for the decision was a matter of public record.

“Following an internal assessment … CUHK has removed the statue,” a morning statement reads. “The university never authorised the display of the statue on its campus, and no organisation has claimed responsibility for its maintenance and management.”

It added that the two groups responsible for placing the statue on campus – the Hong Kong Alliance in Support of Patriotic Democratic Movements of China and its own student union – had been disbanded.

The spot on the Chinese University campus where the Goddess of Democracy statue once stood. Photo: Facebook.

CUHK cut ties with its student union in February, accusing it of “exploiting” the campus for its political agenda and citing potential national security law breaches. It was formally dissolved eight months later.

A spokesperson for Lingnan University, meanwhile, said its decision followed a recent review of items on campus that could pose legal or safety risks.

“In the best interest of the university, the items in question have been cleared, or removed and stored appropriately”, it said.

In 2010, Chen gave both statue and the relief to the now-defunct alliance after being barred from entering Hong Kong just two days before the candlelight vigil.

The Goddess of Democracy was subsequently displayed at Victoria Park before later being transported to CUHK’s Sha Tin campus. The university’s student union erected the statue on campus, vowing to defend it at all costs. Management promised students the sculpture could stay following two weeks of negotiations.

Chen’s relief, meanwhile, was displayed at several local universities before finally settling at Lingnan University in 2011 with the permission of the administration.

The removal of both pieces of art follows closely on the heels of HKU’s decision to remove the eight-metre Pillar of Shame, another memorial to the victims of Tiananmen Square, that had stood on campus for 24 years.

The statue was dismantled and taken away in the early hours of Thursday morning, two months after campus chiefs had ordered its removal.

The HKU Council, a partially government-appointed body, said the decision was made in light of “external legal advice and risk assessment” after a meeting on Wednesday.

A source subsequently told the Post that Section 10 of the ordinance, a colonial-era sedition law, had been cited during the one-hour meeting, which ended with a majority vote to pull down the statue.

The statue’s creator, Danish artist Jens Galschiøt, blasted the decision as “a disgrace” and accused the university of ignoring his attempts to reclaim the artwork.

Following the second straight cancellation of the annual Victoria Park vigil commemorating the crackdown, art commemorating the event has been increasingly viewed as a symbol of the city’s fight to retain the right to publicly mourn the events of June 4, 1989.

In cancelling the candlelight vigil, police have cited the city’s battle with the Covid-19 pandemic.