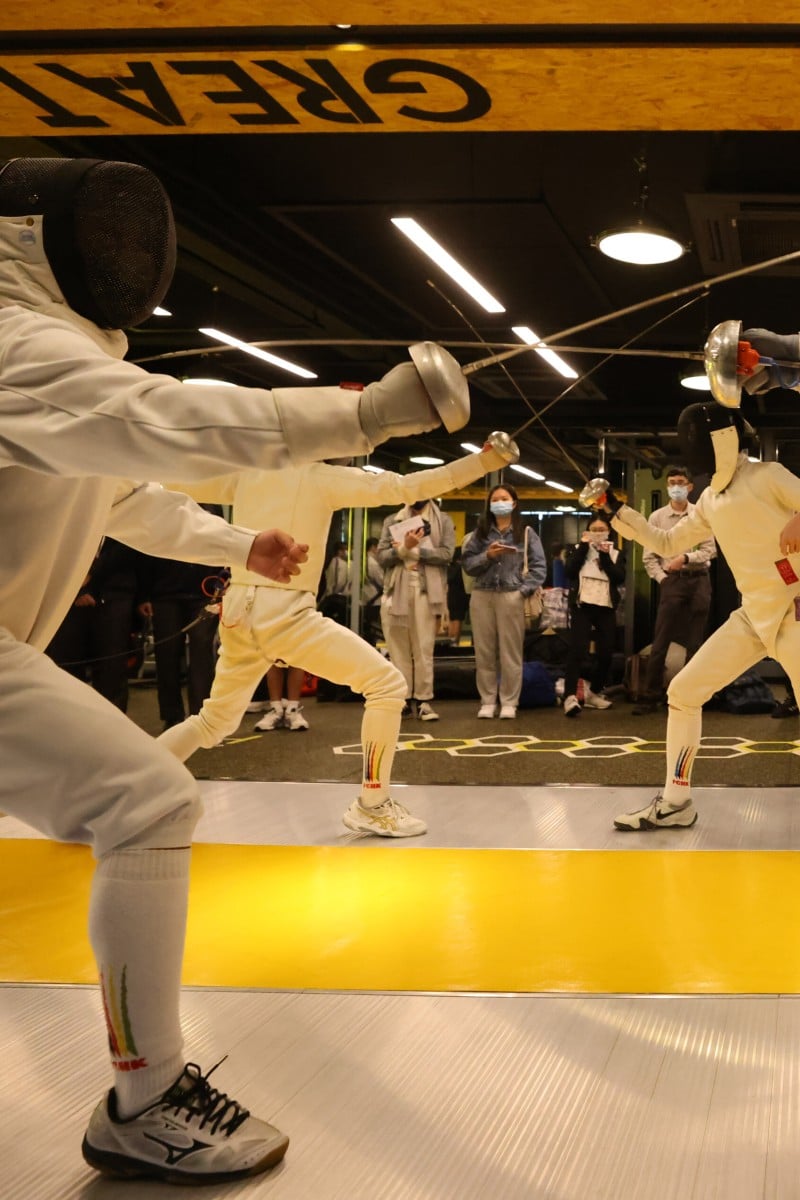 Hong Kong’s first fencing centre under a secondary school has opened, with plans to allow students from other campuses to also use the training facility.

The centre, located in HKTA The Yuen Yuen Institute No 1 Secondary School in Kwai Tsing, spans more than 1,800 sq ft and costs nearly HK$1 million (US$128,250).

Completed in May, the facility includes two fencing strips and judging apparatus, as well as other equipment such as exercise bikes and dumbbells. It can also be used for physical education lessons or training for other school teams.

Hong Kong pro athletes share their experiences, saying passion and family support are important for a full-time career in sports

While Edgar Cheung Ka-long, who won a historic gold medal in the Tokyo Olympics last summer, is not an alumnus, six students from the school have been selected to join the Hong Kong team in the past eight years.

To promote the sport, the school has been collaborating with the Home Affairs Department to open the centre to other primary and secondary school students. Five primary schools have already made bookings.

“We started to plan for the centre around 1½ years ago in hopes of providing better facilities and a training environment for our fencing team,” principal Kan Wai-hung said.

The school hopes it can promote the sport to society with its dedicated facility. Photo: SCMP / Nora Tam

He added that fencing was not a mainstream sport in local schools and only a few campuses had dedicated teams. Kan said he hoped the facility would spark youth interest in the sport.

Vice-principal Eric Ng Ka-wai said that before the completion of the new facility, students lacked a proper venue and equipment to practise fencing.

“We could only practise in the visual arts room after removing all the tables after school. We were also restricted to basic training such as running up stairs, to save cost for purchasing equipment,” he recalled.

With the new venue, the school has decided to include fencing into its physical education curriculum. Form One, Two and Four students will get four lessons per academic year, while those in Form Three, Five and Six will receive two. Each lesson will last 45 minutes.

Students will be coached by alumnus Wong Chun-sing, a former Hong Kong team member. “We hope these extracurricular activities can help students build good values, such as perseverance, respect and a never-give-up attitude,” Kan said.

Yeung Tsz-ying, a 16-year-old Form Five student who is a member of the Hong Kong team, said she started fencing when she was in Form One under the influence of a friend.

“I have learned how to control my own emotions and improve my time management skills. The seniors in the team are very friendly and our coach Wong also teaches us many life principles,” she said.

Students from other schools can also book sessions at the training centre. Photo: SCMP / Nora Tam

Yeung added she wished to return to the school to help coach the fencing team after graduation as a way to show gratitude for the guidance she received.

Wong Chui-yu, a 16-year-old Form Five student who invited Yeung to join the school’s fencing team, recalled how her interest was piqued when she saw seniors demonstrating the sport and felt it looked “cool”.

“When I started learning fencing, I found it to be exhausting, but I got used to it afterwards … You will not be able to reap the rewards if you do not try,” she said.