Coronavirus: Hong Kong imposes new restrictions as it braces for a fifth wave of infections amid Omicron fears 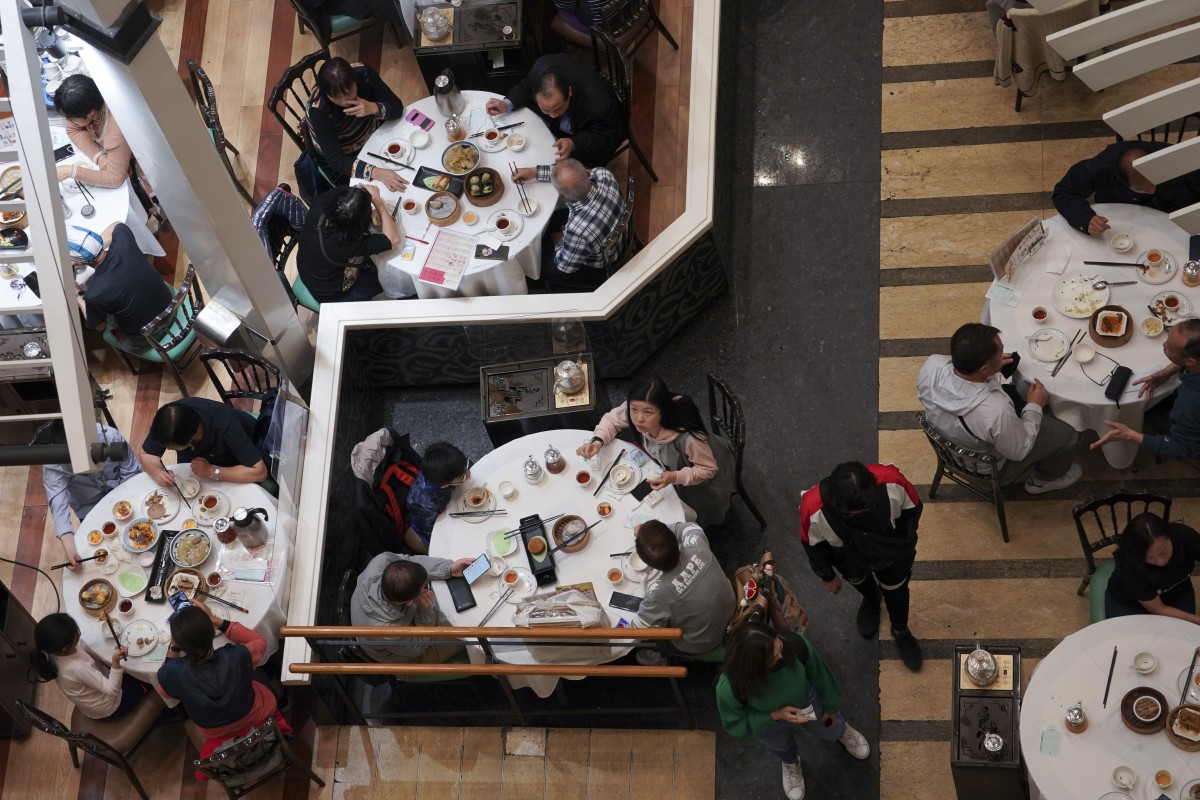 Dine-in services after 6pm will be banned for at least the next two weeks as Hong Kong fights its fifth wave of Covid. Photo: SCMP/ Felix Wong

How Covid-19 affects your attention span

Hong Kong is re-imposing some of its toughest Covid-19 restrictions covering social activities and international travel, setting a 6pm curfew on all dine-in services and banning flights from eight countries as it braces for a fifth wave of infections amid Omicron fears.

Chief Executive Carrie Lam Cheng Yuet-ngor told a Wednesday press conference the tougher rules were necessary, with the city on the verge of a wider coronavirus outbreak following the community detection of an unlinked Omicron case.

“There has been rapid change in the pandemic situation, which has caused us to be worried,” Lam said. “We will announce today fast, decisive and precise measures to cut the transmission chains.”

Bars and pubs, fitness centres, theme parks, museums, party rooms, beauty parlours, and swimming pools are among the 15 types of recreational venues ordered to close for two weeks from Friday. Restaurants can only offer dine-in services until 6pm during the same period.

She further ordered a two-week ban on passenger flights from Australia, Britain, Canada, France, India, Pakistan, the Philippines, and the United States, taking effect on Saturday and running until January 21.

Large-scale events such as the Hong Kong Cyclothon will be cancelled, along with local tours. There will be a two-week suspension of “cruises to nowhere”.

Why are vaccinated people still getting Covid?

Lam explained the measures were vital for preventing imported cases – especially infections carrying the highly transmissive Omicron variant – from spreading further in the community and to prevent public hospitals from being overloaded with Covid-19 patients.

The changes followed government pandemic advisers on Wednesday warning that a fifth wave of infections had already started, as they called on authorities to immediately tighten social-distancing rules to cut off up to 10 invisible transmission chains already in the community.

Declaring that a fifth Covid-19 wave was “technically” under way, he said a number of untraced cases were appearing in the community, with health officials still scrambling to pin down their origin.

“The public should cancel any large group gatherings … When there are more cases with unknown sources, the government should also consider suspending schools and banning dine-in services,” Yuen told a morning radio show.

He said schools could resume face-to-face classes if the situation was under control after the Lunar New Year holiday, which begins on February 1. He added that social-distancing measures might not have to be tightened if the city achieved a 90 per cent first-dose vaccination rate. The current figure is just under 73 per cent.

Among the fewer than 50 people who tested preliminary-positive was Hong Kong’s first untraceable local case in three months.

The 42-year-old Tuen Mun patient had not visited the Moon Palace restaurant in the Festival Walk mall, which is at the centre of an emerging Omicron outbreak. The restaurant cluster has now grown to six confirmed cases and a preliminary-positive one.