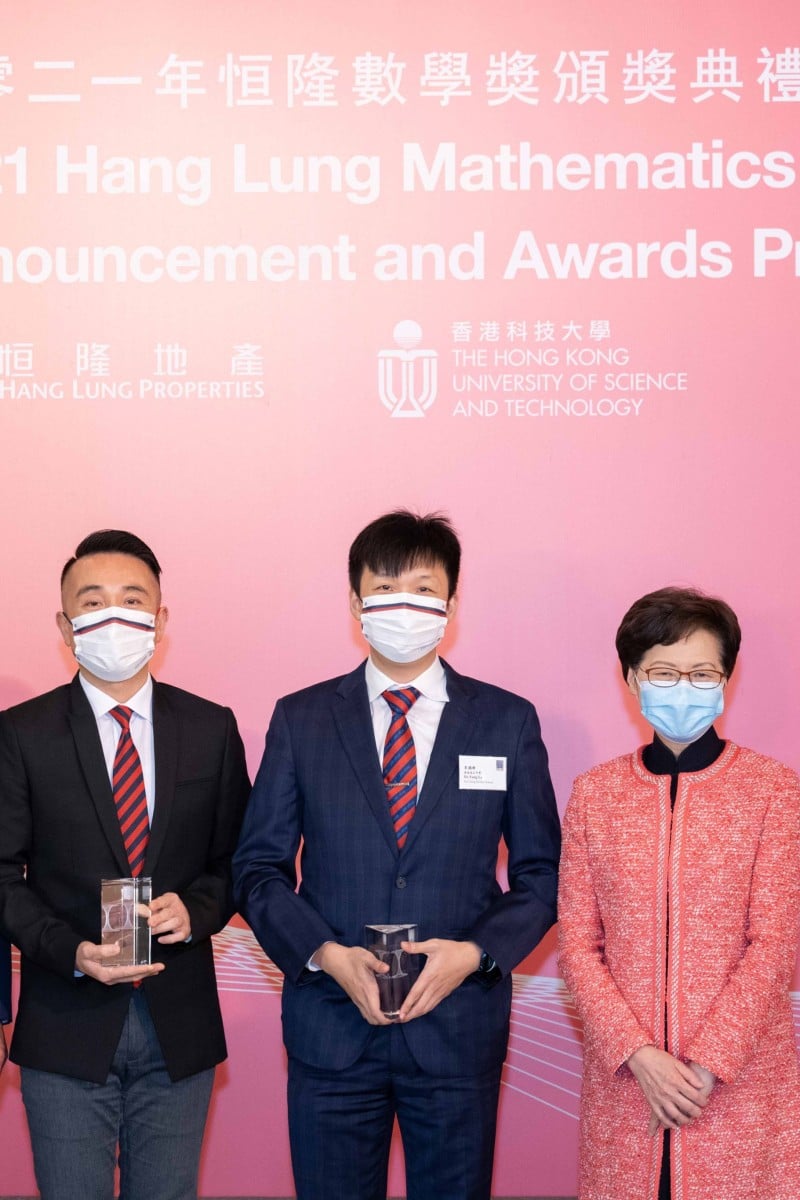 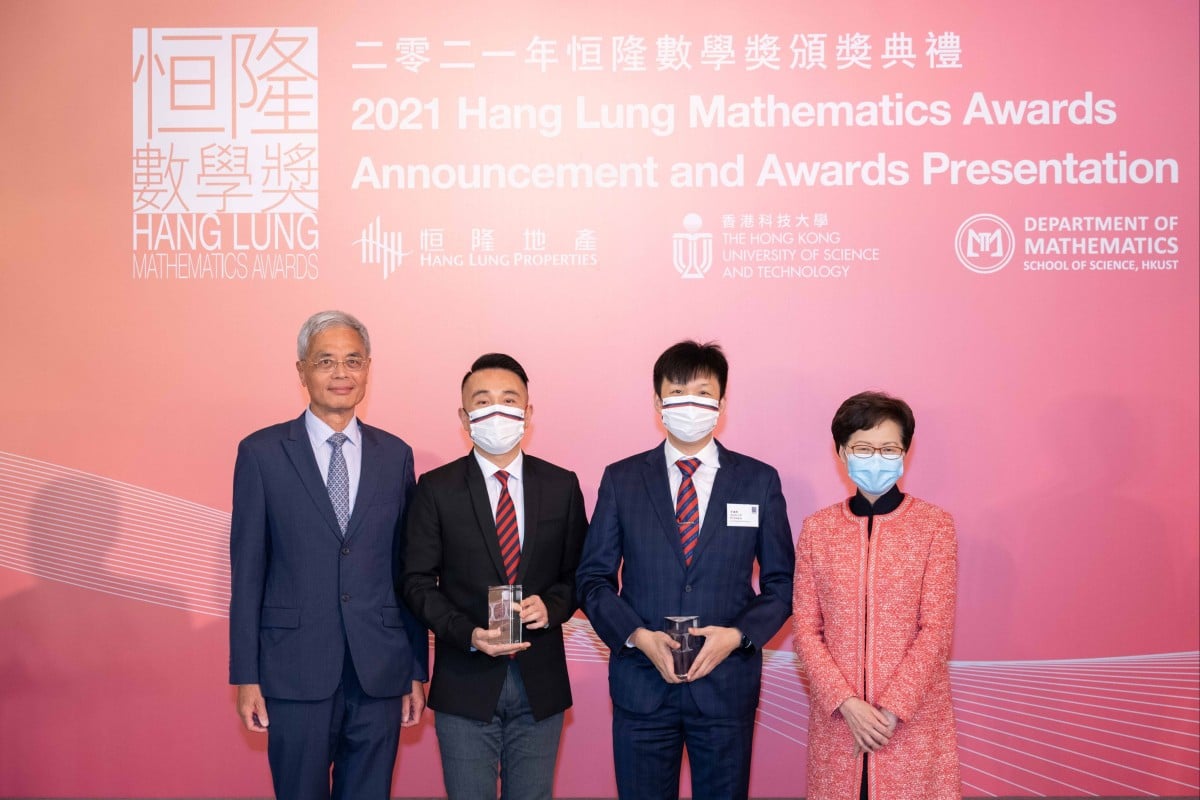 Chan Tsz-hin developed a love for mathematics at a young age. However, it wasn’t until he advanced in his studies that he began to see the true beauty of the subject.

“After I moved to secondary school, I discovered that mathematics is not only addition, subtraction, multiplication, and division, but it also requires deep comprehension of proofs. The proving processes and results are beautiful and amazing,” he said.

The 2021 HLMA, co-organised by Hang Lung Properties Limited and the Hong Kong University of Science and Technology, requires participants to conduct a research project on a chosen topic in mathematics and write a report that discusses their methodology, research and results.

Selected finalists participate in a round of oral defence, where they give brief presentations on their research project before the winners are chosen. A HK$1 million prize will be shared between all awardees, including the three winners and five honourable mentions, as well as their teachers and schools.

While students can work in groups of up to five members, all the 2021 awardees, except for two of the honourable mentions, were solo participants. This year’s other winners include Luo On-ki, also from Pui Ching Middle School, who won silver, and Lai Wai-lok, who took home the bronze. An honourable mention, Chui Tsz-fung, 13, became the youngest solo participant to receive an award in the competition’s 17-year history.

Chui Tsz-fung, 13, became the youngest solo participant to receive an award in the competition’s 17-year history when he was given an honourable mention. Photo: Handout

Tsz-hin, who is now studying mathematics at Imperial College London in Britain, won with his research project titled On Non-Torsion Solutions of Homogeneous Linear Systems over Rings.

The young honourable mention, Tsz-fung, was inspired to improve upon a proof he saw in a YouTube video from his favourite creator, 3Blue1Brown. His HLMA project was called On the Basel Problem: Generalizations to Other Power Series.

“The proof [of the Basel Problem in the video] was not very rigorous, so I decided to write an improved, more rigorous proof,” said the former Diocesan Boys’ School (DBS) student.

The 13-year-old said he was not intimidated by the older students.

The engineer who overcame racism and sexism to succeed

“I have taken part in other maths competitions, and I was often very young in those. So I have adapted [to] the pressure,” he explained.

Outside the HLMA, in 2021 Tsz-fung became the first DBS student to ever win a gold medal in the Hong Kong – International Mathematical Olympiad.

“He is definitely one of the brightest [students] I’ve ever met,” said Chan Long-tin, a mathematics teacher at DBS and Tsz-fung’s supervisor for the HLMA.

Writing a 20-page report was incredibly demanding for the Secondary One student, Chan explained, and there was also the challenge of presenting his work in his second language.

But the teacher was dedicated to fostering his student’s abilities.

Since Tsz-fung moved to Britain while the competition was still in progress, Chan would often stay up until midnight to help him with the project.

“[These students] are doing things I could not do at their age,” Chan said.