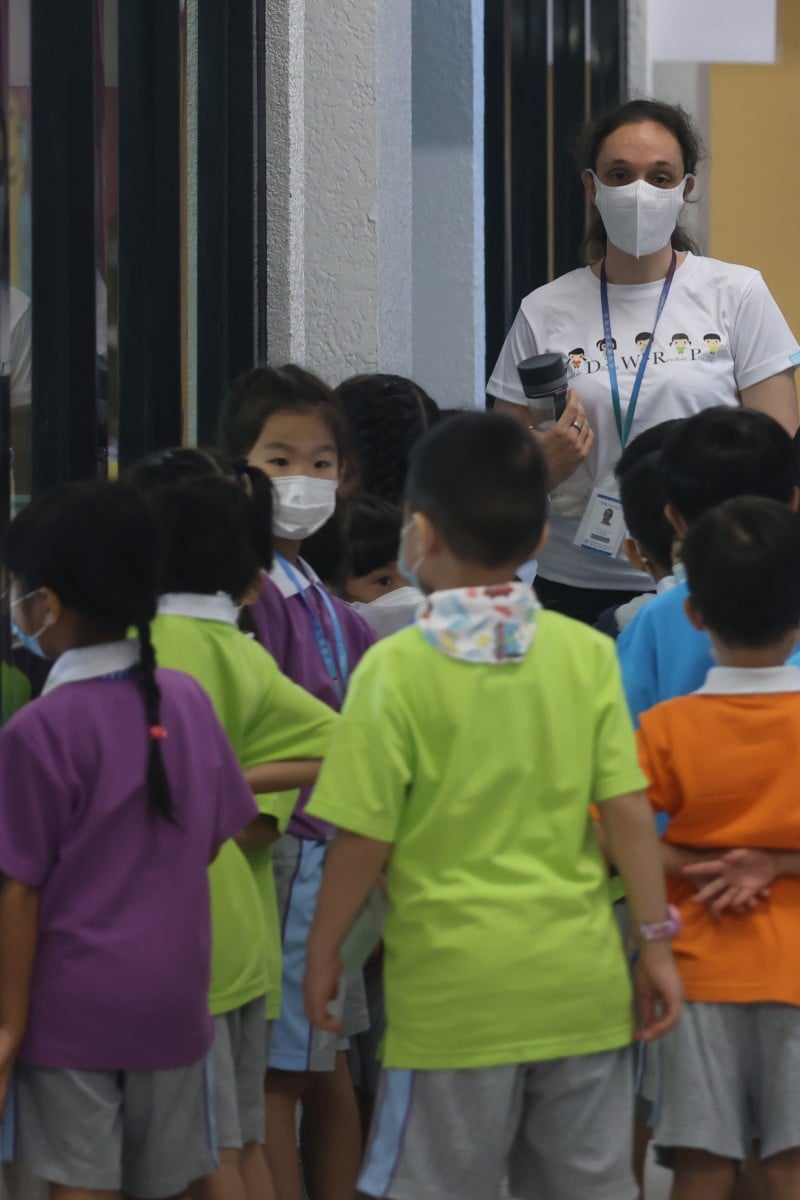 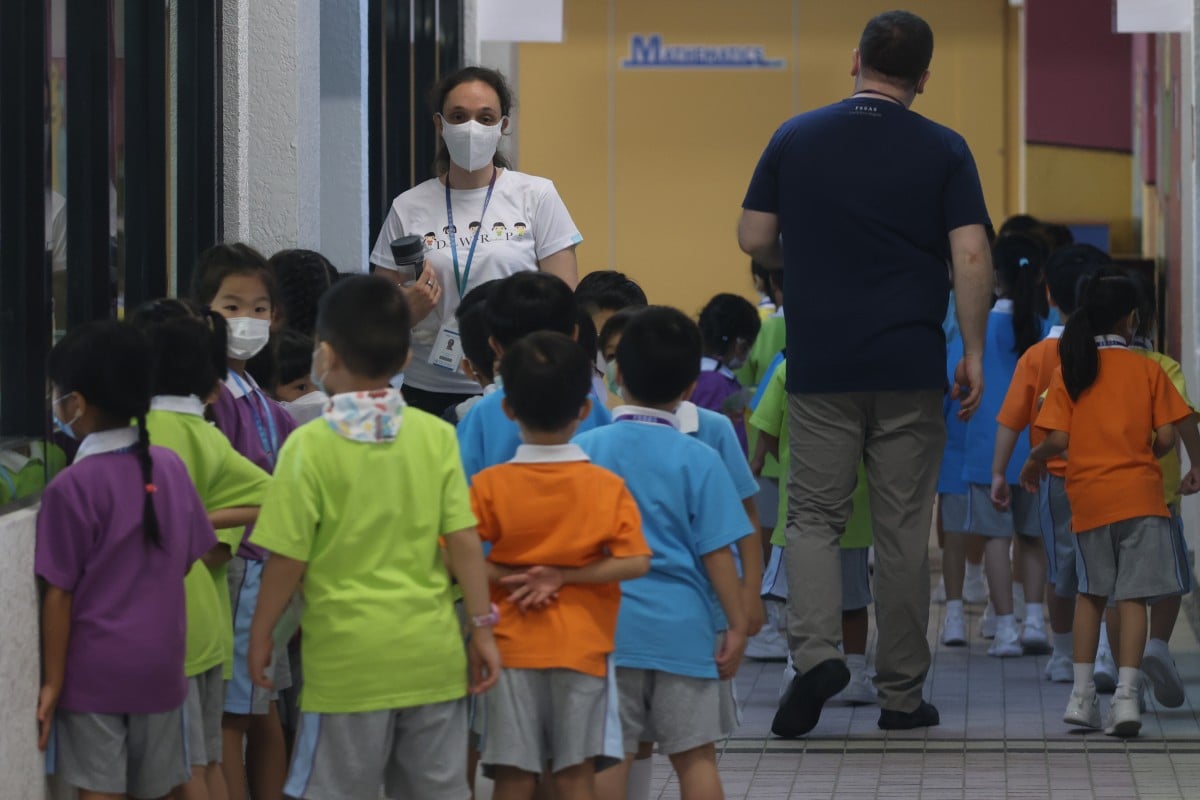 Starting from Friday, Hong Kong’s kindergarten and primary school pupils will not be attending in-person classes. Photo: May Tse

Hong Kong’s leader has announced the suspension of classes in kindergartens and primary schools from Friday through the Lunar New Year holiday. This comes amid fears that a local cluster of coronavirus cases involving the Omicron variant is poised to grow rapidly.

Pupils in secondary schools, however, would be not affected, Chief Executive Carrie Lam Cheng Yuet-ngor said on Tuesday.

“It was a difficult decision to suspend face-to-face classes, as it would bring consequences,” Lam said. “Education experts and psychologists have said that long-term class suspensions will have a huge impact on young children.”

But Lam said the measure was necessary after three kindergarten pupils, aged three to four, were found to have been given Covid-19 by family members.

She added that the age threshold for receiving the mainland China-made Sinovac vaccine would be lowered from 12 to five, with the jabs set to be offered in schools after the Lunar New Year holiday.

Speaking ahead of her weekly meeting with her de facto cabinet, the Executive Council, Lam also announced a fifth round of pandemic relief funding to the tune of HK$4 billion (US$513 million). The new funding is aimed at helping businesses affected by recently reimposed social-distancing measures such as bans on local tours, so-called cruises to nowhere and evening dine-in services.

The city’s long-stable pandemic situation has recently been threatened by a spate of Covid-19 cases involving the more transmissive variant. On Monday, authorities confirmed 24 cases, and five of them were local.

The outbreak has also become a political scandal. Fourteen officials and 20 lawmakers were found to have been among some 200 guests who attended the birthday party of a delegate to the national legislature. At the party, they were exposed to at least two coronavirus patients.

Three officials – including home affairs chief Caspar Tsui Ying-wai and four lawmakers who were at the party beyond 9.30pm, when the infected guests arrived – remain in government quarantine at Penny’s Bay.

Lam later said 11 other officials who were released after being deemed unlikely to have been exposed would have to self-isolate at home – using their own vacation leave in the process. They would need to test negative three times by next Saturday before they could resume work.