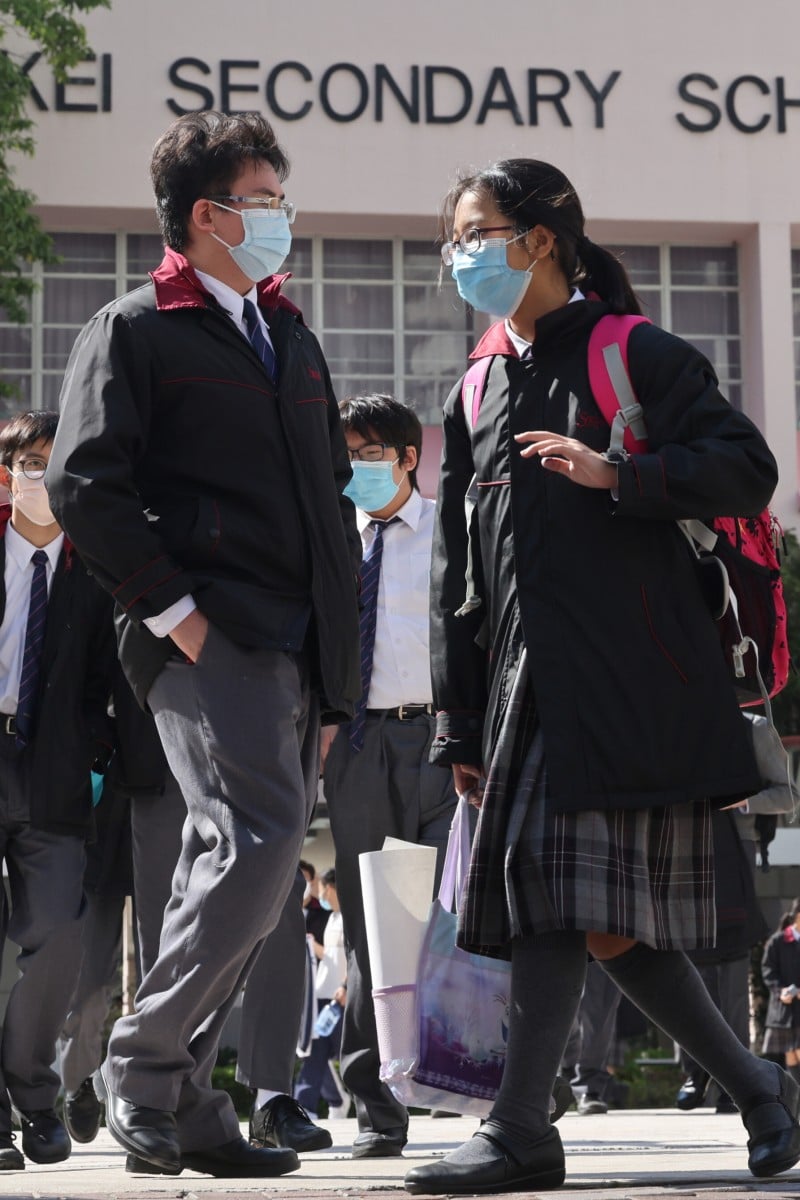 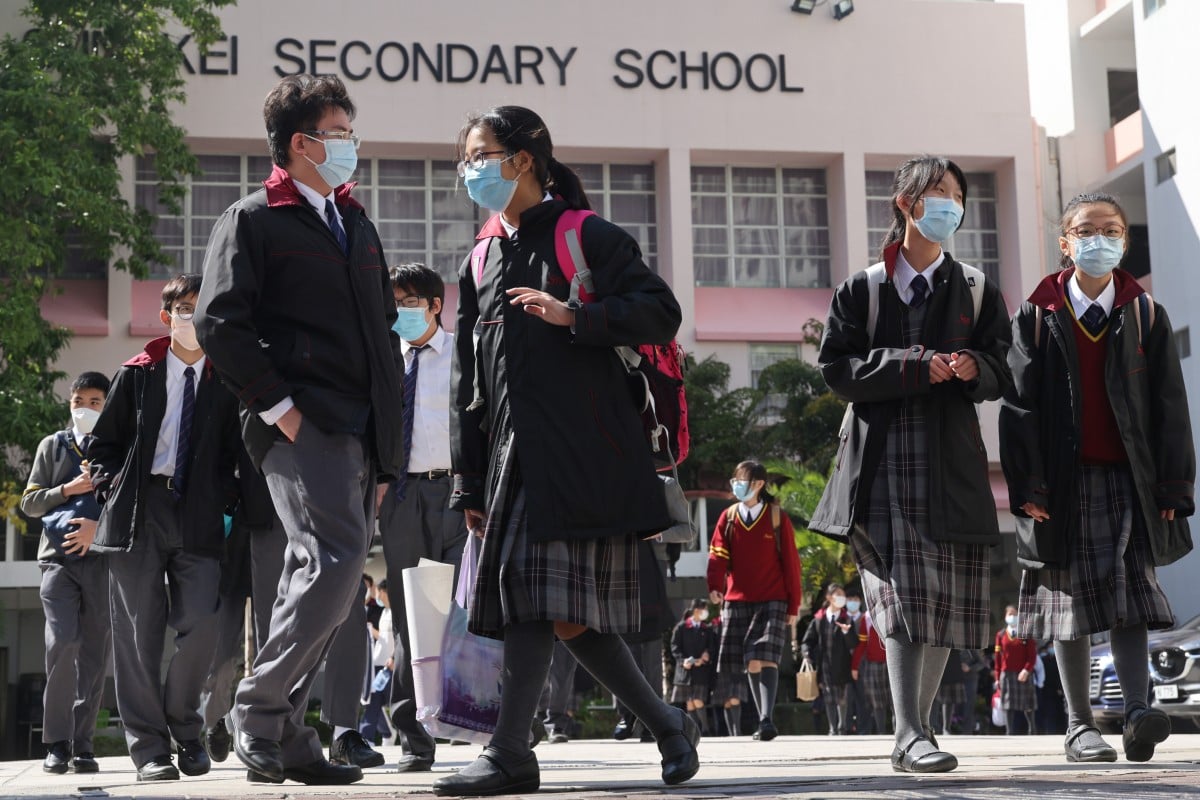 The Education Bureau announced on Thursday that secondary schools in Hong Kong will suspend in-person classes no later than Monday. Photo: May Tse

The Education Bureau announced the suspension on Thursday. Secondary Six students studying for April’s Diploma of Secondary Education (DSE) exams will still be allowed to go to school, but not for more than half a day.

Students in other grades will not be returning to campus until at least February 7. The arrangements, which went into effect at kindergartens and primary schools earlier this month, also apply to tutoring centres.

“The pandemic situation has been getting serious in recent days,” the bureau said in a statement. “Some schools have already identified confirmed or preliminary cases, where teachers and students were required to undergo compulsory testing or even quarantine. The decision to suspend classes was made by the Education Bureau after considering these numerous factors.”

Overall, students were frustrated and unhappy with the announcement.

Ivy Chu Wing-man, 17, a Form Six student at Lui Cheung Lutheran College, felt the arrangement would have an adverse effect on students, especially those studying for the DSE.

“Not only does it have a negative impact on our DSE preparations, but it also means we can’t make as many memories during our last days as secondary school students,” she said. “I think we should stop insisting on a zero-Covid policy. Maybe we should learn how to coexist with the virus.”

“I think going to school for half a day is not enough. We have missed so many in-person classes already,” Ivy said.

Isaac Leung Chi-nok agreed with Ivy, describing the decision as “complete nonsense.” The 17-year-old also cited concerns about not being able to prepare for the DSE, saying online learning wasn’t as effective.

“Sure, we are allowed to go to school for half a day, but we all know we can’t learn everything in such a limited amount of time. The government should think wisely and not neglect [the benefits of in-person lessons],” said the Form Six student at HKFYG Lee Shau Kee College.

Janice Mook Ching-lam, who is also taking the DSE this year, said she was devastated by the news.

“Multiple lockdowns and online lessons have definitely taken a toll on me. I really hope this situation won’t last long,” said the 17- year-old student from Diocesan Girls’ School.

She added that her school told her that mock DSE exams might need to be done online.

Melody Ma Jing-mao, 15, is thankfully not taking the DSE exams this year, but said she still felt the suspension of in-person classes was “all messed up”.

“It’s too late … because a few secondary students have already tested positive with Covid-19 and some are even untraceable cases,” said the Form Four student. “The government should be more decisive and act promptly instead of waiting until the situation gets worse.”

Serene Chan Hei-tung, a Form Four student at Fukien Secondary School, understood the need to prevent the spread of the virus but is afraid about falling behind in school.

“My main concern is that, despite the sudden class suspension, the school will decide not to postpone examinations, leaving some of us unable to cope,” the 15-year-old student said, adding that she missed the days when she could play basketball with her friends.

The suspension came after an Omicron cluster believed to have been sparked by a cross infection at the Silka Seaview quarantine hotel in Yau Ma Tei spread to several schools. A woman returning from Pakistan who lives in Sham Shui Po tested positive days after her three-week hotel quarantine had ended, bringing the virus into the community and spreading the disease to at least 12 others.

The cluster has since expanded to include three students in two separate classes at the Delia Memorial School (Broadway) in Mei Foo, where a 58-year-old teacher also tested preliminary-positive on Wednesday. The cluster includes 16 cases so far.