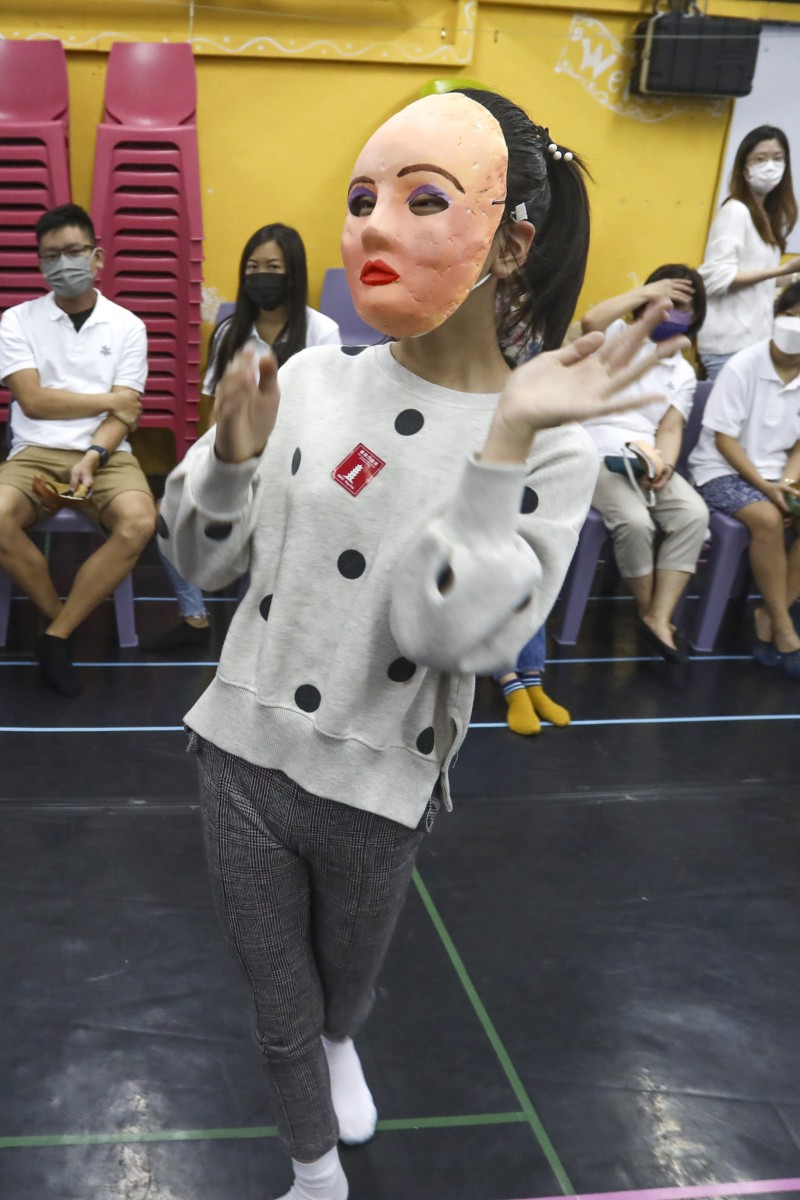 Operation Santa Claus: Hong Kong students use masks to express themselves at workshop with theatre group A Hong Kong theatre group has given some underprivileged children a lesson on using masks to express themselves.

Fostering a culture of giving through ‘Free Dress Days’

“Children’s views are unique. Our job was to guide them through their thought process and what they want to express on their masks,” said Angel Yeung Wai-hing, of UBS.

One child, she added, wanted a mask with a moustache and a tall nose; another just wanted something to cover his face while he slept.

In the second workshop, the children were asked to do a silent catwalk, using only the masks as a form of expression.

“If children wanted to portray an aloof person, then they needed to consider how they walk, present themselves, how high they had to lift their noses, and so on. We as volunteers learned quite a bit too,” Yeung said.

Promoting the power of kindness with OSC

Founded in 1990, independent theatre company The Nonsensemakers stages productions with positive and encouraging themes. In 2013, it created the Hand in Hand Capable Theatre featuring actors with disabilities.

Jo Ngai Yee-shan, executive director of The Nonsensemakers, said the arts were a universal form of expression.

“Whether it’s mask workshops for children or what we do at Hand in Hand Capable Theatre, we hope to offer arts training and a platform for talent to shine, regardless of their abilities … We learn from each other and contribute to a greater artistic cause. Everyone is equal here,” she said.

Ngai said that masks were key props at Hand in Hand Capable Theatre’s annual performances, allowing actors to make full use of their body movements to make up for a lack of facial expressions.

“Without your face, the audience cannot understand what actors are trying to say, so masks are a great way to encourage them to speak with their bodies, to find ways to radiate the same power and energy. It’s not an easy task.”