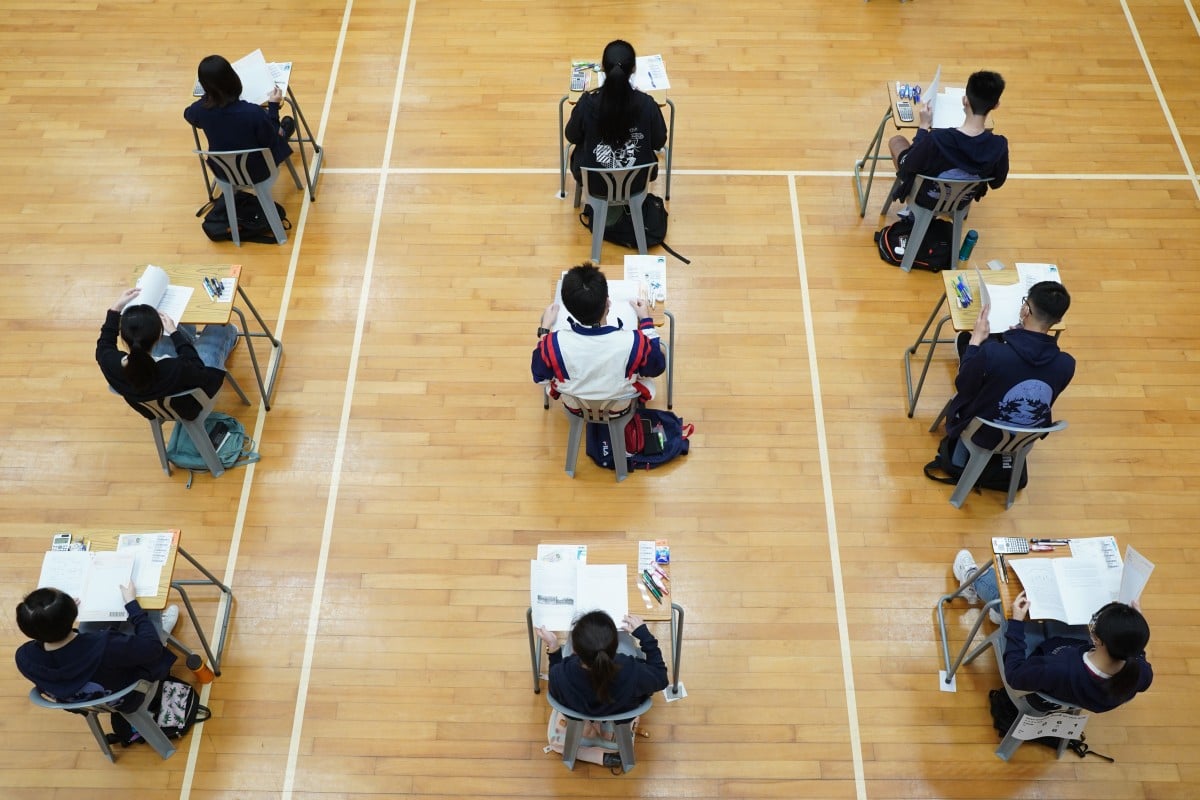 Only around 50,000 students will take the DSE this year, the lowest number since the exam began in 2012. Photo: Winson Wong

One academic adviser believes there may be less competition for university spots this year, as the number of students taking Hong Kong’s university entrance examination in April has dropped to a record low of 50,060.

As of December 16, 2021, there were 43,032 school candidates and 7,032 private candidates registered for the exam – the lowest ever since the introduction of the Diploma of Secondary Education Examination (DSE) in 2012, according to figures released on Tuesday. Compared to last year, the total number of candidates fell by 3.5 per cent, dropping from 52,131 to 50,060.

Competition is waning for school spots due to emigration

Meanwhile, statistics from the Joint University Programmes Admissions System (JUPAS) also show that the number of applications to the eight government-funded universities has declined to 38,955 applicants from 463 schools. This marks the lowest since records began in 2012, when 64,450 students from 516 schools applied to the city’s higher education programmes.

The drop in applications can be attributed to the city’s low birth rate, as well as an exodus of almost 4,500 students and 1,000 teachers who left the city in the last academic year.

“The drop in DSE candidates was expected amid the emigration wave,” said Ng Po-shing, a Student Guidance Consultant of Hok Yau Club, adding that fewer candidates would reduce the competition in securing spots for university.

The drop in DSE candidates can be attributed to the city’s low birth rate, as well as an exodus of almost 4,500 students who left the city in the last academic year. Photo: Winson Wong

“It’s a supply and demand issue. Even though there are fewer DSE candidates, the number of programmes offered by the eight universities remains unchanged. So it would make it easier to get into university,” he explained.

But still, students need to first fulfil the “3322” requirement – scoring at least a level 3 in both Chinese and English language and at least a level 2 in mathematics and liberal studies – to make the cut.

Ng added that for popular subjects like medicine, competition would still be high, as the number of applications would likely not see a significant drop.

Among the 24 Category A senior secondary subjects, Integrated Science, Music, and Technology and Living recorded the lowest number of candidates, with only 85, 170, and 196 students applying for the exams, respectively.

As for Category B Applied Learning subjects, the number of candidates applying for the exams increased slightly to 3,545, compared to last year’s 3,430 students. Also, more students are taking Category C Other Language subjects, seeing the number rise from last year’s 464 to this year’s 524.