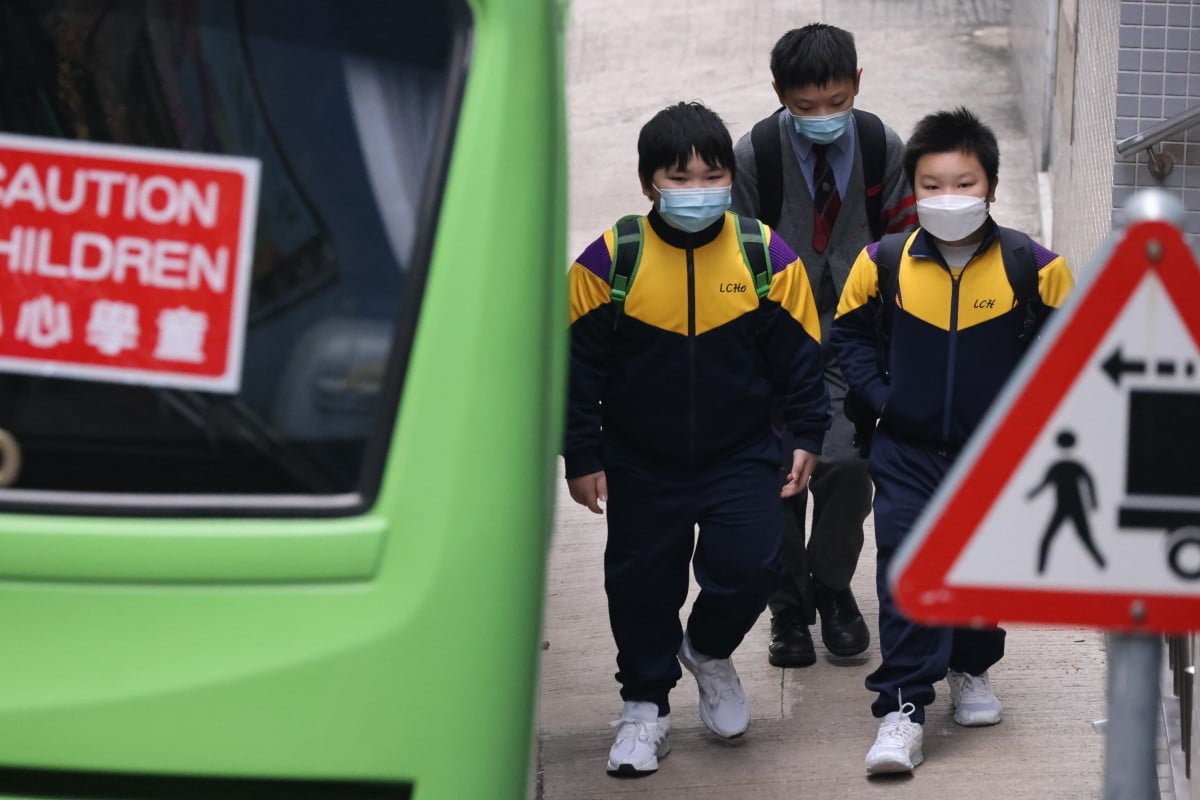 Hong Kong primary schools will be allowed to resume full-day, in-person classes if 70 per cent of their students have received at least one dose of the BioNTech vaccine or two jabs of Sinovac. Photo: Nora Tam

Hong Kong primary schools will be allowed to resume full-day, in-person classes if 70 per cent of their students have received at least one dose of the BioNTech vaccine or two jabs of Sinovac, and if the same proportion of staff are also vaccinated against Covid-19.

The Education Bureau announced its decision in a letter to all schools on Tuesday. The Chinese-produced Sinovac vaccine is now available for children aged five to 11, and the German-made BioNTech jabs will be offered from February 16.

What to know about vaccines for kids

When asked if kindergartens could resume full-day, in-person classes for five-year-old students in their third school year (or K3) if the vaccination rate reached 70 per cent, a spokesman for the bureau said it had no plans to resume these classes.

“Kindergarten students are young and have lower self-care capabilities. In addition, the school setting and ways of teaching at kindergartens are very different from primary and secondary schools,” the spokesman said.

He added that kindergartens should remain open to take care of students who had to go back to school because of the lack of carers at home.

The latest announcement came after the bureau suspended in-person classes in kindergartens, primary and secondary schools due to the Omicron outbreak in the city. Students will not be returning to campus until at least February 7.

Form Six pupils studying for the Diploma of Secondary Education exams in April will still be allowed to attend classes, but not for more than half a day.

The bureau said special schools and those offering non-local curriculum, such as international schools, should refer to the arrangements made for local schools. It added that new rules did not apply to tutorial centres.

In-person classes would only resume for certain grades if the number of students in those classes met the vaccination threshold, the bureau said.

Vu Im-fan, a principal and chairwoman of the Subsidised Primary Schools Council, said vaccination arrangements at schools also depended on the resumption of half-day, in-person classes.

“It is too early to say how many schools can reach the 70 per cent vaccination rate … we now have no students at school because of the in-person class suspension,” she said, adding that she thought the pace of vaccination in primary schools would be slower than in secondary schools.

It is unlikely that the vaccination measures will lead to the reopening of kindergartens any time soon. Photo: Nora Tam

New Territories School Heads Association vice-chairman Chu Wai-lam, who is also the headmaster of Fung Kai No 1 Primary School in Sheung Shui, said he believed some schools in the area which were hit hardest by the surge in Omicron might see a rise in vaccination rates, which means in-person classes could resume for them.

“I think parents are now more willing to let their kids get vaccinated, as the spread of the virus has made them more worried than before,” he said.