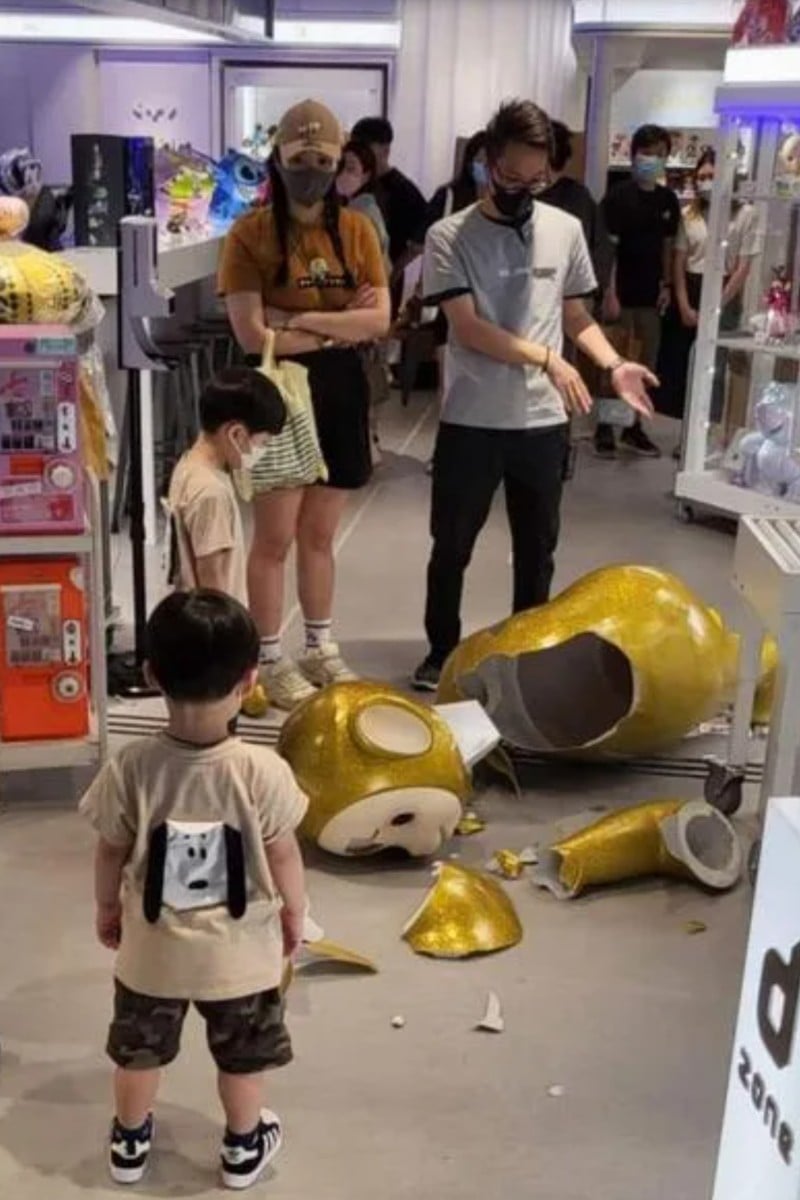 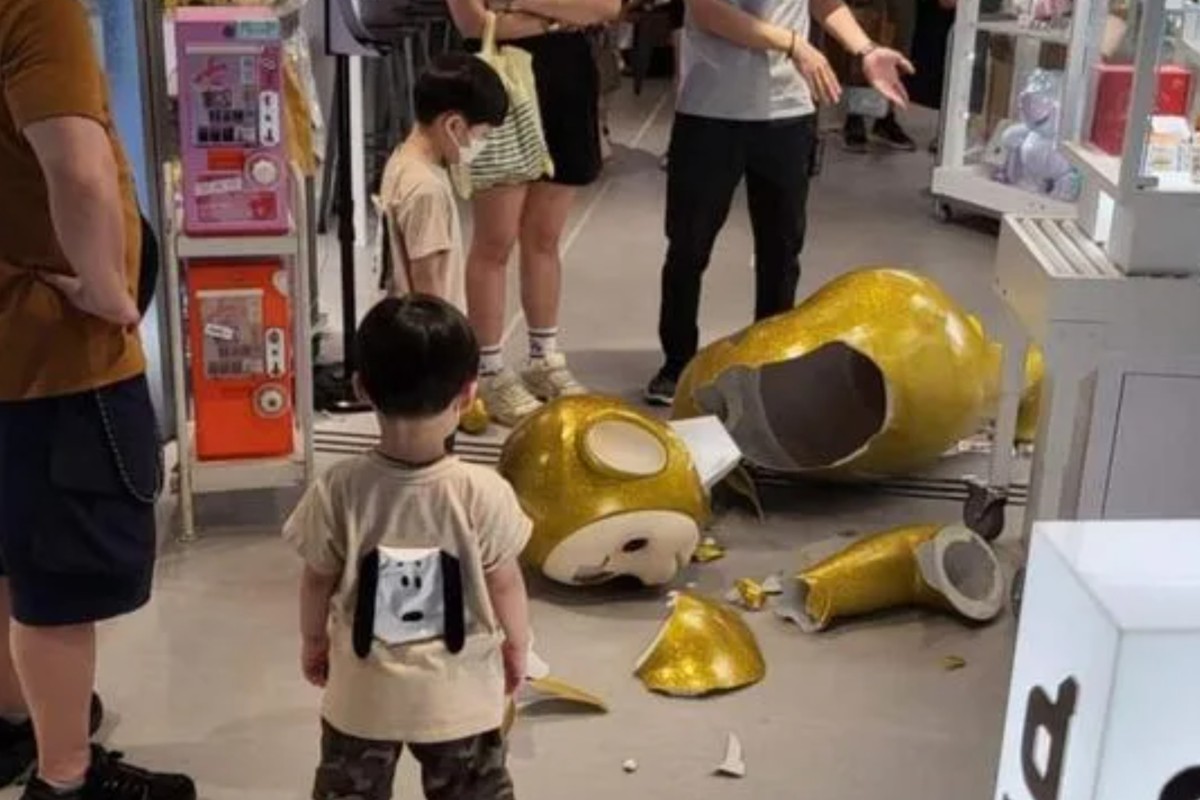 The broken Teletubby doll at designer toy store KKPlus in Langham Place mall, Mong Kok. Video footage showed the child had not been kicking it, as employees claimed. Photo: Handout

The operator of a Hong Kong toy store has issued a full refund and apology amid public outcry on Tuesday after wrongly accusing a child of kicking and breaking a figure worth more than HK$50,000, according to a statement published by local media.

KK Plus, a designer toy store in Mong Kok, became the talk of the town on Sunday after staff accused a child of purposely kicking a golden-coloured, 1.8-metre-tall Teletubbies doll that shattered into pieces. Employees then demanded the parent pay more than HK$33,000 in compensation.

But a video of the incident, which went viral on social media on Sunday night, showed the child had merely been lightly leaning against the unfenced doll in the crowded store. The public flooded KK Plus’ Facebook and Instagram accounts with comments criticising the company’s handling of the matter.

According to a statement published by local media, Kidsland International Holdings Limited, a listed toy retailer and operator of KK Plus, issued a written apology to the family for the inconvenience and refunded their money at around 4pm on Tuesday. Young Post reached out to the company for comment; a response is pending.

The father, surname Cheng, said in a radio interview on Tuesday morning that he, his wife and two children went to KK Plus at Langham Place on Sunday evening.

He said he had stepped out of the store for a phone call. When he heard a loud bang coming from inside the shop, he turned around and saw his son standing still next to a broken Teletubbies doll, staring at its pieces.

“My son was shocked and scared,” the father said.

He said the staff told him and his wife that his son had been seen kicking the doll, and asked for compensation for the damaged toy, originally priced at HK$52,800.

The family paid HK$33,600 to cover the cost, believing it was the child’s fault.

But after watching a clip of the CCTV video which began circulating on the internet that night, he realised his son might have been falsely accused.

“He was trying to avoid bumping into someone and leaned lightly on the doll,” Cheng said.

The incident went viral. Some criticised the store for scamming the father, while others questioned why the expensive figure was not displayed in a glass box for safety or cordoned off. Yet some still held the parents responsible, saying they should have paid more attention to their son.

KK Plus issued a statement early on Tuesday saying the doll has been on display in the same spot since last November and “has not brought any inconvenience to any customers before”.

“The incident has brought unnecessary public pressure on both parties,” the statement read, referring to the store and the family.

Some netizens argued that the toy should have been in a glass display or cordoned off, since it was so fragile and expensive. Photo: Handout

The store said they would learn from this experience to “prevent similar incidents from happening again”.

However, the statement was deleted soon after it was published.

Two days after the incident, Cheng said his son was still scarred by what happened.

“He took a day off school today,” he said. “Yesterday, he asked me three times why the doll was so terrifying.”

KK Plus opened as usual on Tuesday. In interviews with local media, the store’s manager admitted it had not taken sufficient precautions before, and it had removed all toy displays more than one metre tall before opening.

He added that training will be held for the staff members who were criticised for misleading Cheng and his family.