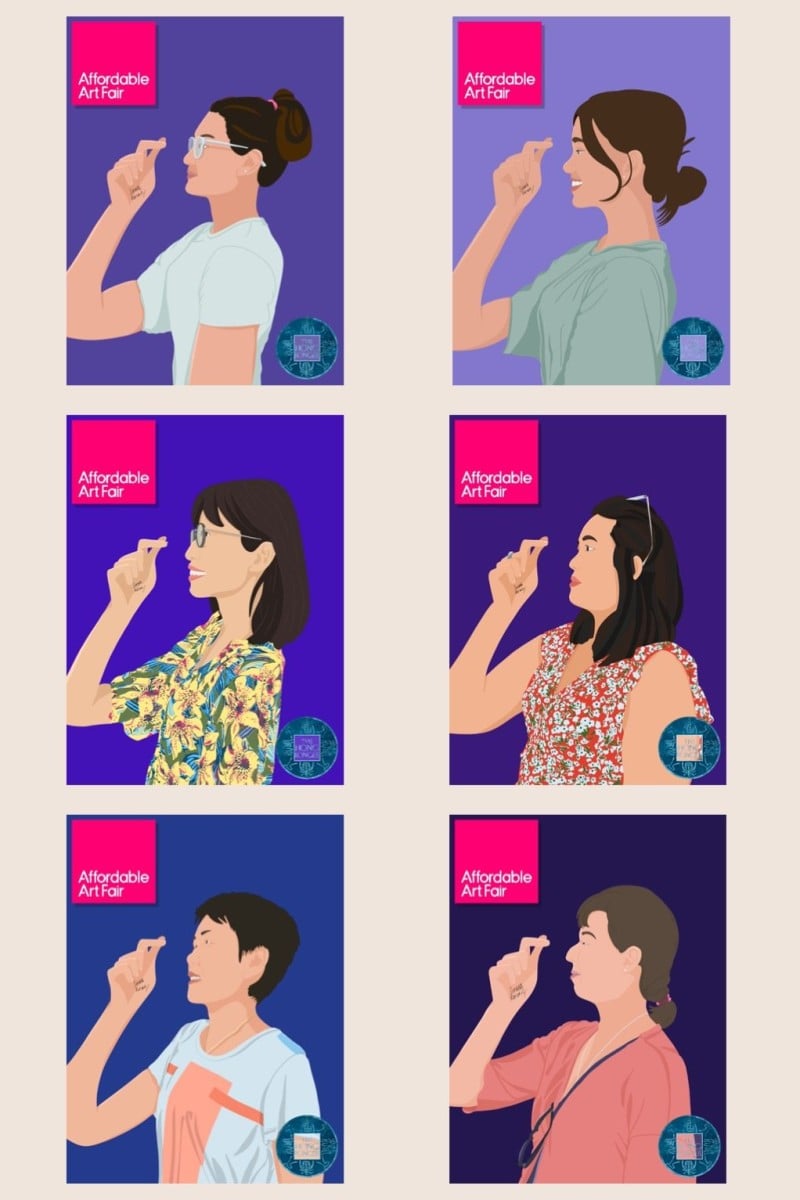 Inspired by The New Yorker mascot, a local artist is making a mural of 216 Hongkongers as a symbol of love, inclusivity 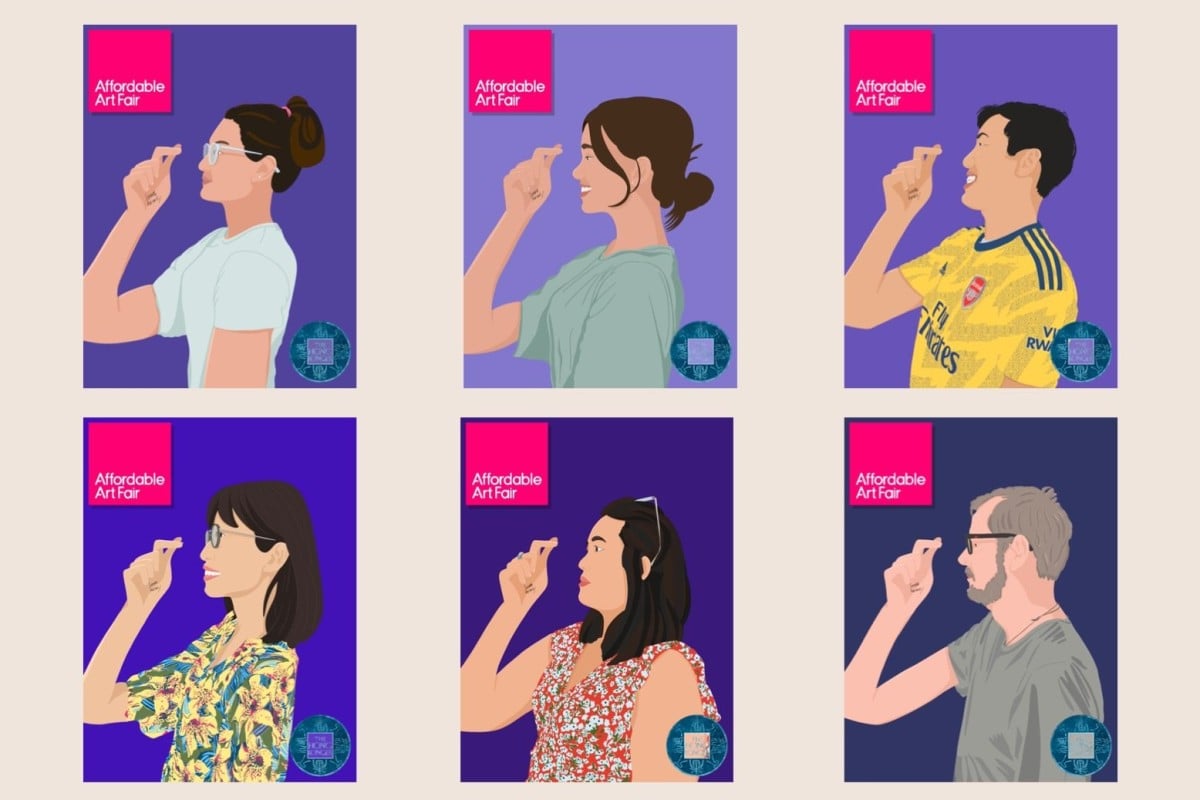 Inspired by the yearly return of The New Yorker magazine’s mascot, artist Sophia Hotung has started a project, The Hong Konger Wall, to create a local version of this icon which she hopes can be a symbol of love for the city.

Eustace Tilley appeared on the cover of The New Yorker’s first issue in 1925 as a man looking at a butterfly through a monocle.

When the magazine brought him back for its anniversary cover this February, Hotung, who is known for creating Hong Kong versions of The New Yorker covers, started thinking about what would be a local equivalent of Eustace Tilley’s gesture.

The finger heart came to mind.

“It’s actually ... a South Korean thing. But because everyone in Hong Kong does it in pictures, I thought that is a pretty Hong Kong symbol to do,” said the 27-year-old, referring to the gesture, popularised in South Korea in the 2010s, in which the thumb and index finger on one hand cross to form a heart shape.

The artist, who is of Eurasian heritage, felt the symbol resembled more than just a cute pose in front of a camera.

“It’s like solidarity. It’s love. Especially coming out of Covid and protests and things, it just felt like a nicer way to unite people,” she explained.

In February, she illustrated nine people from all walks of life – such as a student, a construction worker, an elderly person and others – doing the finger-heart symbol.

To amplify this message, the artist decided to create a mural featuring 216 Hongkongers posing with the finger heart for an exhibit at the city’s Affordable Art Fair, part of an international exhibition series selling contemporary art priced between HK$1,000 (US$127) and HK$100,000.

She has asked people in Hong Kong to submit a photograph of themselves doing the finger heart, and she creates a portrait of them for free to be displayed on the mural.

Hotung said this could be a fun way to get everyday people interested in art: “You’re not only a guest at the Affordable Art Fair, but part of it … [that] is something quite powerful.”

Since she started receiving photo submissions in late May – which she will continue doing until July 1 – 155 of the 216 slots have been filled.

“It is a lot of drawing every day because I have to finish it next month,” the artist said.

In the photos she has received, she can see how people express their love for something through fashion.

“Someone wore a rainbow shirt, which I really liked, for pride. Someone really likes Arsenal and wore an Arsenal shirt. Sometimes people will send their kids in, so it’ll be kids in school uniforms,” she shared.

The Hong Konger Wall, she said, would be a gift to her followers who have helped her creative process by giving her feedback on social media.

“So this is me trying to give back, trying to say: ‘Thank you for helping me shape the artwork’,” she explained.

The 3x6-metre mural, with a rainbow backdrop of nine colours, will be exhibited at the Affordable Art Fair from August 4 to 7 at the Hong Kong Convention and Exhibition Centre.