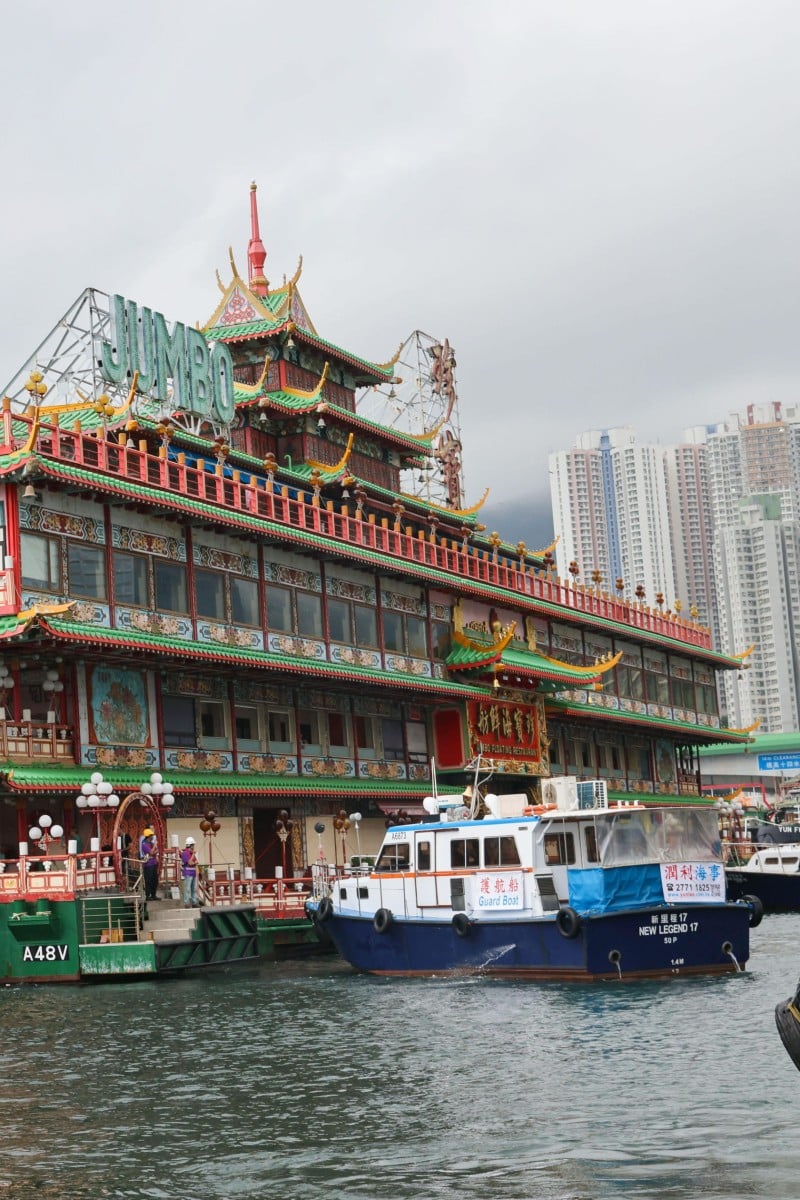 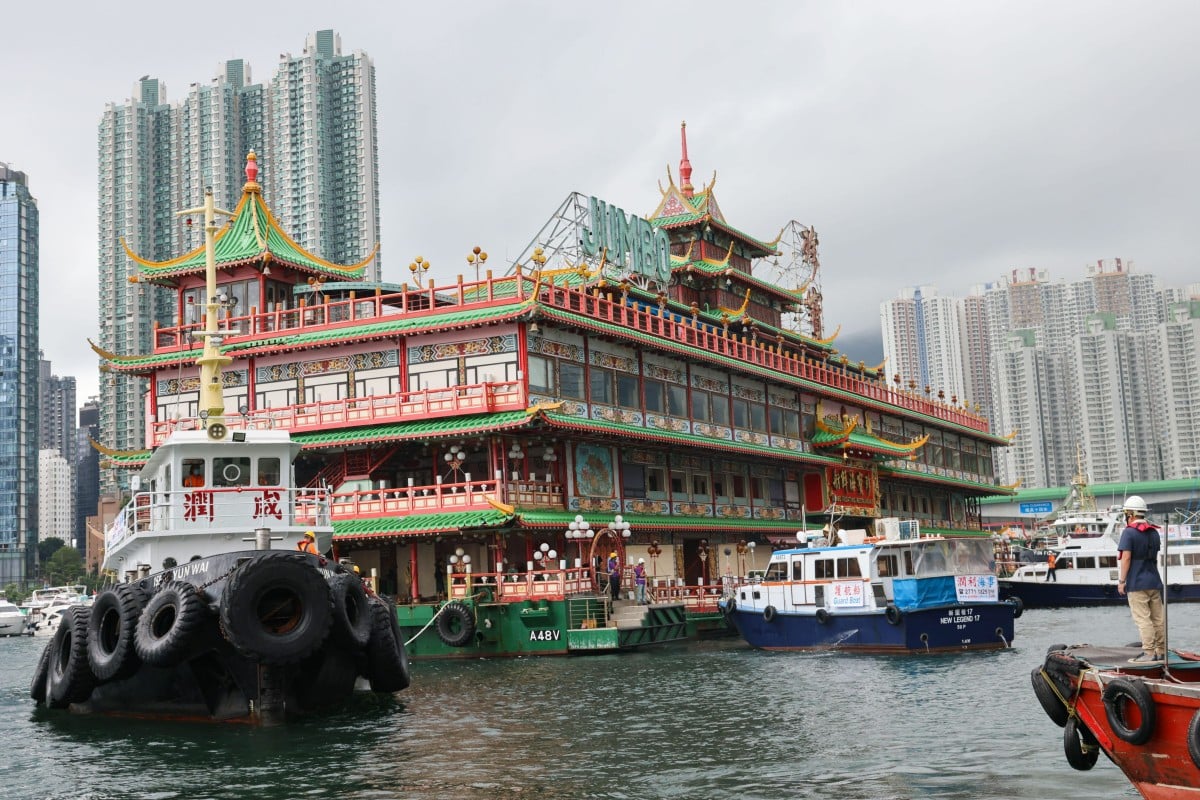 The iconic Jumbo Floating Restaurant was on its way to an undisclosed location when it sank in the South China Sea. Photo: Dickson Lee

Hong Kong’s iconic Jumbo Floating Restaurant sunk in the South China Sea over the weekend, following its departure last Tuesday for a new home in an unannounced place, its owner has confirmed.

In a statement on Monday, Aberdeen Restaurant Enterprises said: “On Saturday afternoon it was passing Xisha Islands [Paracel Islands] in the South China Sea when the vessel encountered adverse conditions … [water entered the vessel] before it began to tip.

“Despite the efforts of the towing company responsible for the trip to rescue the vessel, unfortunately it capsized on Sunday.”

No crew members were injured.

Should the government have done more for the restaurant?

“The water depth at the scene is over 1,000 metres [3,300 feet], making it extremely difficult to carry out salvage works,” it said, adding that it was “very saddened” by the incident and was seeking further information from the towing firm.

A spokesman from Aberdeen Restaurant Enterprises said he had no information on whether the salvage operation would continue or the financial loss resulting from the sinking.

He said the restaurant, which cost HK$32 million when it was built in the 1970s, was heading to somewhere in Southeast Asia but refused to disclose the exact location.

The Jumbo Floating Restaurant is a Hong Kong landmark

The company maintained that “professional marine engineers were hired to thoroughly inspect the hull of the Jumbo Floating Restaurant and install hoardings to the vessel before its departure last week”.

The restaurant has been closed since early 2020, with Aberdeen Restaurant Enterprises reporting an accumulated loss in excess of HK$100 million after the Covid-19 outbreak devastated the tourism and catering industries already under strain since the social unrest in 2019.

The company announced last month it would move the boat away from Hong Kong waters because it could not afford the cost of maintaining the vessel to meet government requirements.

The Jumbo Floating Restaurant sails away after the operator announced it would leave Hong Kong because of a lack of funds for maintenance. Photo: Reuters

It said at the time it had to spend, on average, millions of dollars annually on inspections, repairs and maintenance to meet licensing and other requirements.

There were calls for the government to offer financial assistance to keep the restaurant afloat, at least until a solution over the permanent home for the structure was found, as it was a famous tourist attraction and also a key part of the government’s ambitious plan to invigorate Southern district.

“We have clearly indicated that the government has no plans to invest money in the operation of the restaurant, as we are not good at running such premises,” she said.

“We won’t force through an unfeasible proposal or one that requires a large amount of public money for implementation simply because it has been raised in the policy address. I find this situation to be of no problem at all.”

Lo Kin-hei, chairman of the opposition Democratic Party, criticised the government for refusing to help.

The man who put dragon boat racing on the map

“We pay over HK$95 million alone every year for the salaries of the ministers under the new government line-up,” said Lo, also a former chairman of Southern District Council.

“But Lam said the government could not afford to subsidise the restaurant while boasting that it was a Hong Kong icon and even putting it in her plan to invigorate Southern district.”

“There are already many conspiracy theories. Some people say the restaurant could not have been towed so far away in a week. Some also doubt if the weather around the Xisha area was that bad,” Lo said.

In its heyday the floating restaurant attracted celebrities from all over the world, including Britain’s Queen Elizabeth and film stars such as Tom Cruise and Chow Yun-fat.

The restaurant also featured in local and overseas films such as James Bond movie The Man with the Golden Gun (1974), Jackie Chan’s The Protector (1985), Stephen Chow Sing-chi’s The God of Cookery (1996), Steven Soderbergh’s Contagion (2011) and Infernal Affairs II (2003).