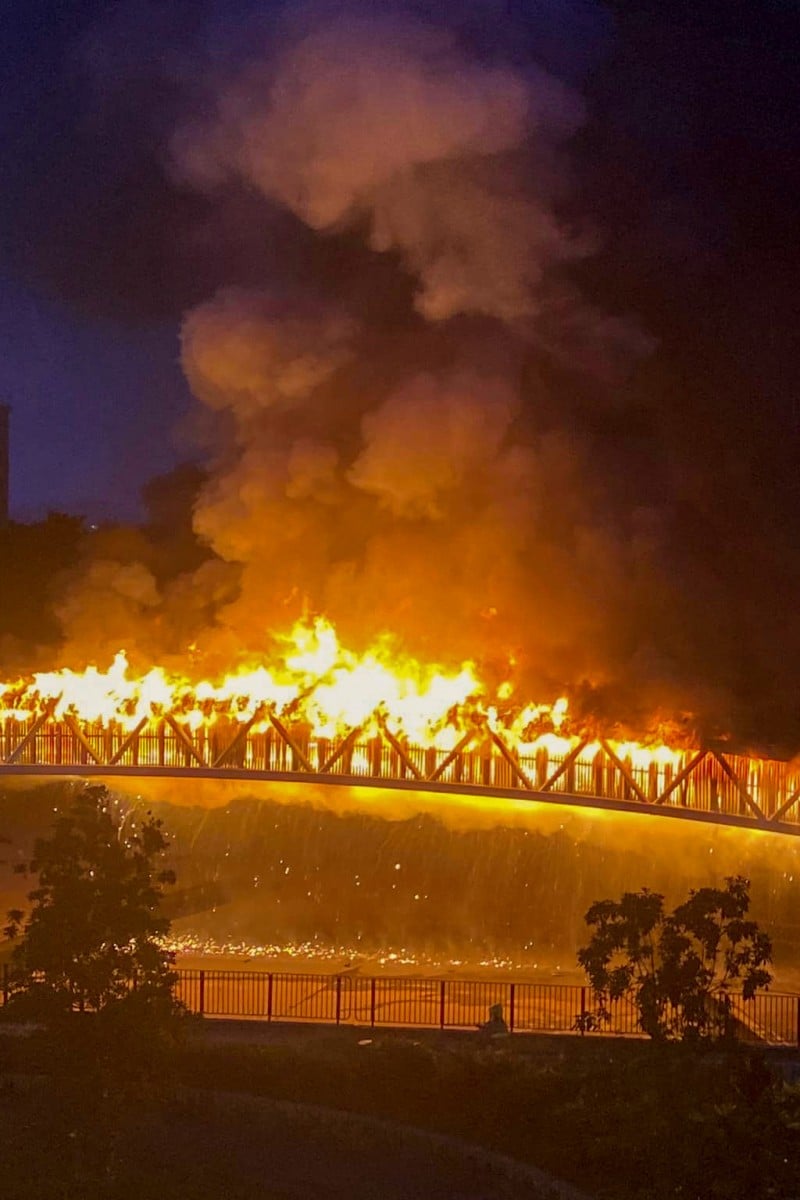 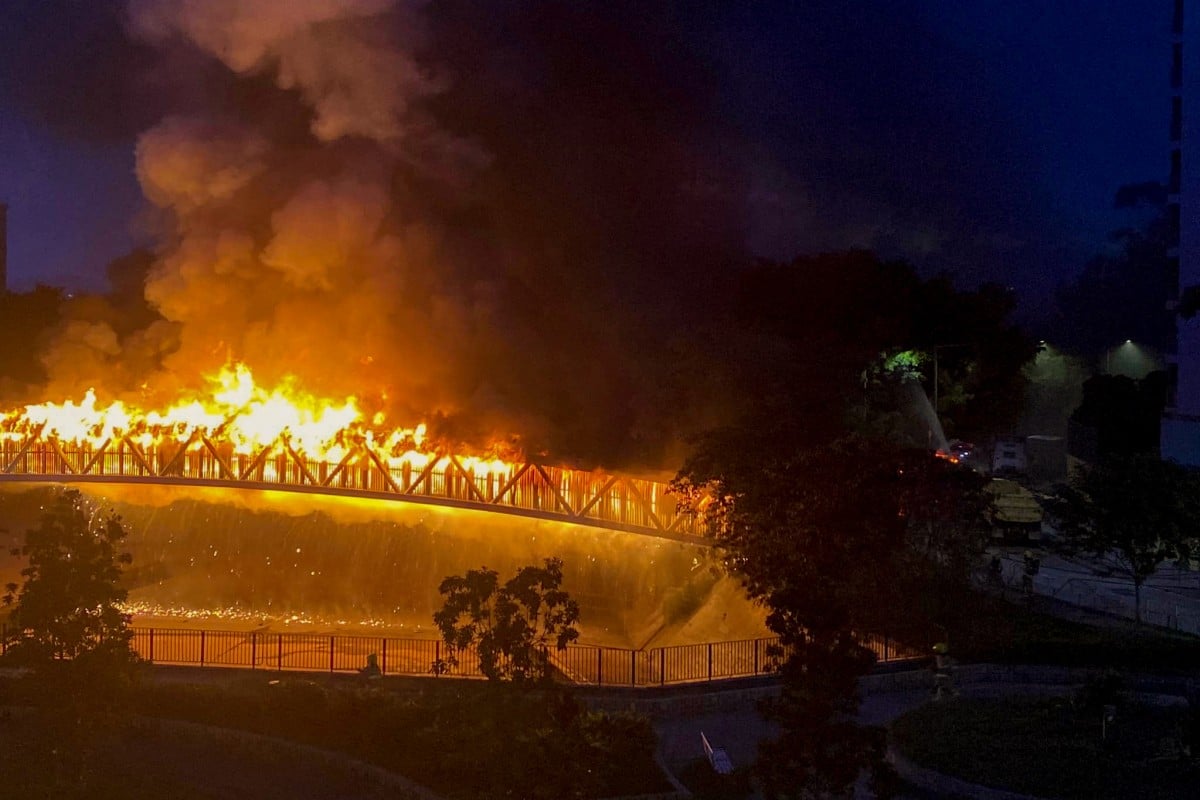 A fire in Yuen Long yesterday triggered power outages in Tin Shui Wai and led to suspensions in 14 schools in the district today.

On Wednesday morning, the government said power had been “fully restored” to the affected areas, though CLP Power, one of Hong Kong’s two electricity firms, warned the public yesterday that it would take two days to complete repairs for about 20,000 more households living in parts of Tin Shui Wai, Yuen Long and Tuen Mun.

Form Five student Cinderella Yeung, from ELCHK Yuen Long Lutheran Secondary School, said she was at home with her father in Tin Shui Wai when the fire broke out, and they experienced a temporary power cut for around 30-45 minutes before the actual power outage.

“When the outage happened, we were very shocked,” she said. “We thought it was only our building … but after a while I went to the balcony to inspect the situation and found that all the buildings in Tin Shui Wai had gone dark.”

“We were worried about my mother, who had not yet come home from work. She had to walk up 16 flights of stairs to our flat because the lifts didn’t work,” she added.

The student noted that being without power was a “serious issue”.

The power cable bridge that caught fire. Photo: Edmond So

“Since we were not prepared for this kind of situation, we did not have many torches or strong lighting sources at home. As a result, we had to eat dinner in a space dimly lit with light from our smartphones,” she said, adding that the power resumed at around 9pm yesterday.

Though school was suspended today, Cinderella said it did not affect her too much, since her exams are coming up and the material for the school term has already been covered.

“However, it did affect my study schedule, as I was originally going to have a Maths test today. It had to be postponed due to the school suspension,” she said.

Members of the public slammed the government for not using its emergency notification system to warn residents about the incident.

In March, locals were startled by a text from the system announcing that Queen Elizabeth Hospital had been turned into a designated hospital for Covid-19 patients.

Cinderella believed that affected residents should have received an alert message.

“At least tell us about what happened and how it will be dealt with. There was no notification and we were unable to reach other people in the first hour of the outage because the network was unstable,” she said.

Another Form Five student living in the area, Heeba Lazmi Khan, who attends the same school as Cinderella, panicked when she heard about the fire. She found out school would be cancelled last night at about 9pm.

“I woke up to sirens blaring and darkness. Thinking that there was a fire in my estate, I panicked at first,” said the 17-year-old.

At first, the power cut did not affect her too much. But the long wait for it to resume made her night difficult.

“It got a little too uncomfortable as more hours passed and the electricity had yet to come back on,” she said, adding that the power wasn’t restored until 10am this morning.

“It was really inconvenient, having to sleep without fans or the AC during the summer,” she added. “It was really hot, and my little brother was scared and kept crying until he fell asleep, and then he woke up in the morning crying again.”

Heeba said she was concerned about the school suspension, since her exams are coming up next week.

A woman sits outside in the dim light during the power outage. Photo: KY Cheng

“I’d liked to have been able to attend as many lessons as possible,” she said.

Since most of her school term has been held online due to the pandemic, Heeba said another suspension was unfortunate, and that the lack of in-person classes the past year has been “terrible”.

“I prefer in-person classes since it’s easier to concentrate, and I actually get to talk to my friends. It makes learning a lot more fun, and the drilling we have to do during classes much more bearable,” she said.