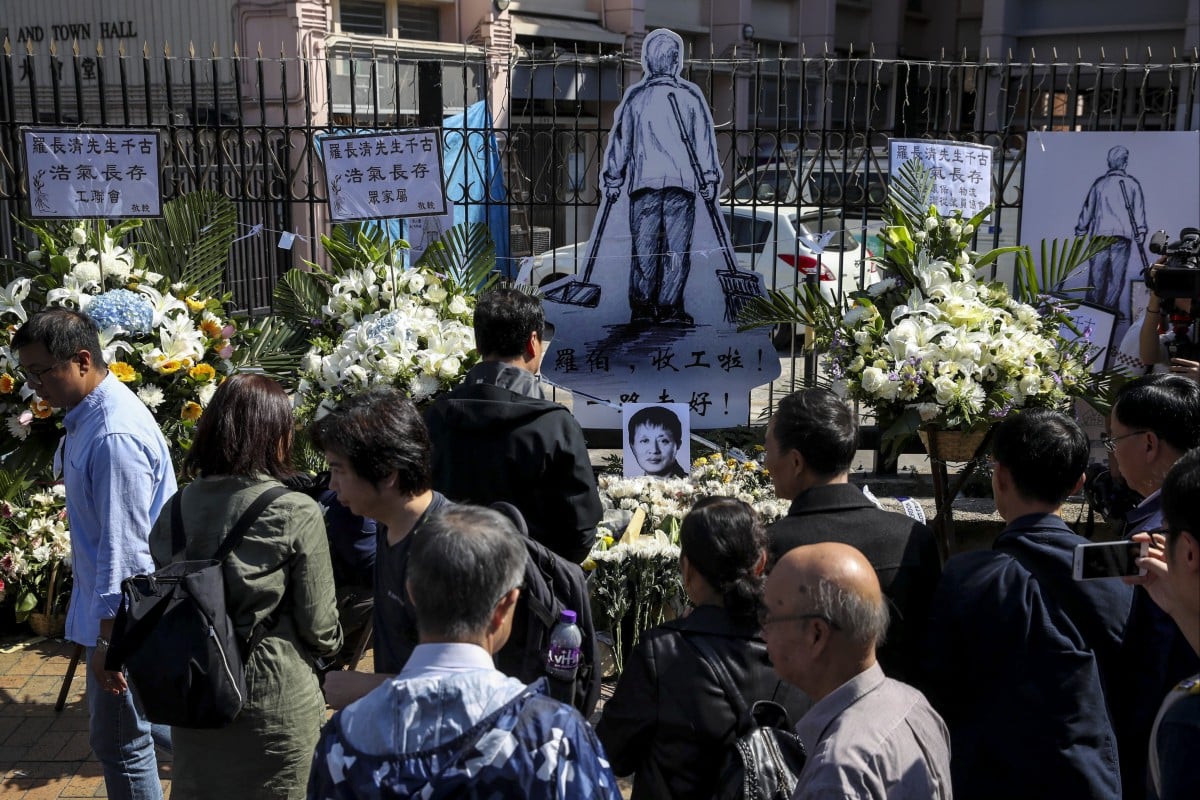 Well wishers in Sheung Shui pay respects to the elderly man, Luo Changqing, who passed away after being injured by a brick during a clash between anti-government protesters and residents. Photo: Winson Wong

Two teens allegedly involved in a clash between anti-government protesters and local residents leading to an elderly cleaner’s death in Hong Kong in 2019 cannot be held liable for murder, a judge has ruled.

Instead, the suspects currently on trial will face a lesser charge of manslaughter by way of an unlawful act before a High Court jury of two men and five women over the death of Luo Changqing, 70, in Sheung Shui on November 13, 2019.

Madam Justice Esther Toh Lye-ping on Monday concluded there was insufficient evidence for the jury to return a guilty verdict on murder, having spent six days examining the testimonies of prosecution witnesses.

“However, I have also ruled that the lesser offence of unlawful act manslaughter should replace the murder charge.”

Luo was hit on the forehead by a flying brick while filming a morning skirmish between a group of mostly black-clad protesters seeking to paralyse traffic outside Sheung Shui railway station and locals attempting to clear the obstacles on the roads.

The court heard Luo had suffered fatal head injuries after falling backwards upon the impact. He was certified dead in hospital the next day.

Chan Yin-ting, 18, and man Kelvin Lau Tsz-lung, 19, initially stood accused of murdering Luo by acting together with other unidentified people as a joint enterprise.

The pair were also alleged to have wounded a 61-year-old man with intent and taken part in a riot. Monday’s ruling did not bar prosecutors from continuing to pursue the two charges.

Counsel for Lau told the court he would neither testify nor call any defence witnesses. Chan, meanwhile, will call a psychiatrist to defend his case. The trial continues on Tuesday.