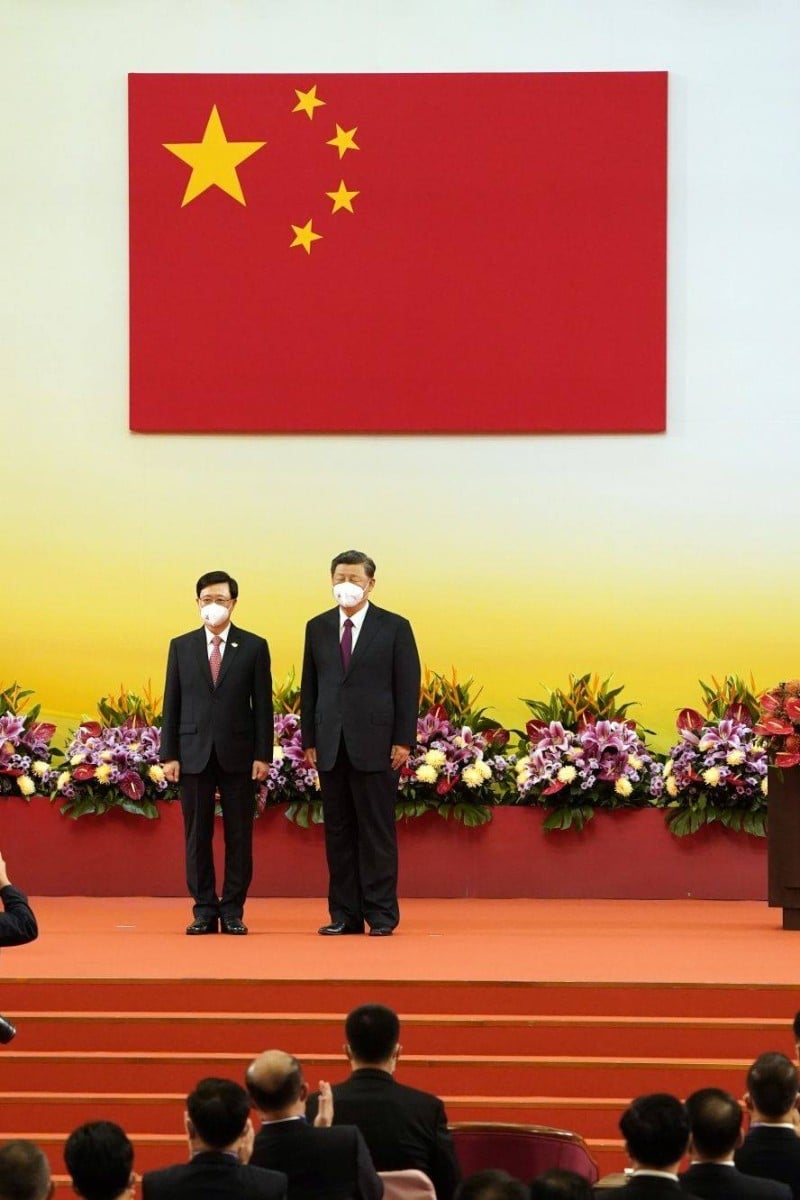 4 hours ago
Letters to the EditorsSocial issues

5 hours ago
Your VoiceFor teens 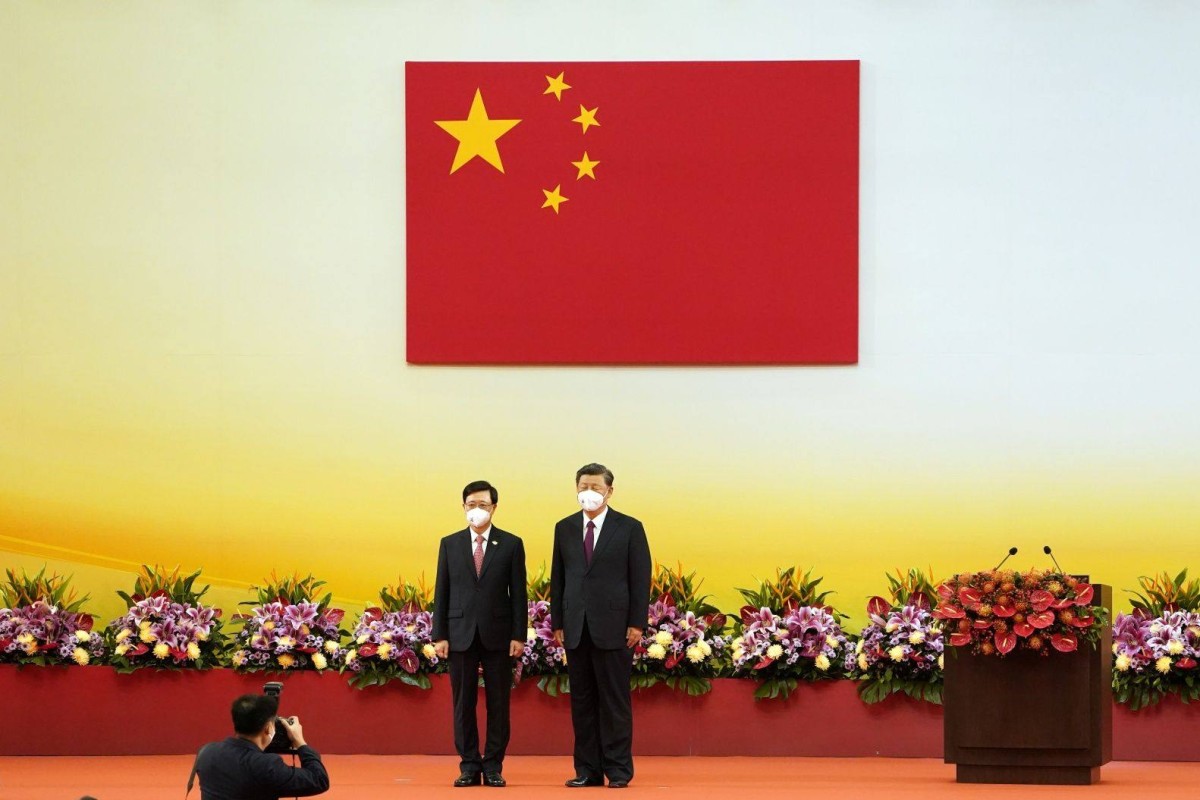 President Xi Jinping on Friday officiated the swearing-in ceremony of the new administration led by John Lee Ka-chiu on day two of his visit to Hong Kong to mark the 25th anniversary of the city’s turn to Chinese rule.

Lee then bowed to Xi, and two of them took a photo together, with a round of applause from the audience gathered at the Hong Kong Convention and Exhibition Centre to attend the anniversary celebrations and oversee the swearing-in of Lee’s cabinet.

Xi also swore in principal officials, including the three top secretaries, their deputies, and 15 bureau ministers. The oath was led by the city’s new No 2, Eric Chan Kwok-ki, also speaking in Mandarin.

Speaking in Mandarin, Lee said he took up the new position with a humble attitude, thanking people for their trust and promising to lead Hong Kong to become an inclusive city “with plenty of opportunities and vitality”.

“With a humble attitude, I became the chief executive. I thank people for their trust and will lead my team with utmost effort to build an inclusive Hong Kong with a lot of opportunities and vitality,” he said.

Hong Kong’s incoming and outgoing leaders attended a flag-raising ceremony at the Golden Bauhinia Square in Wan Chai on Friday to mark the 25th anniversary of the city’s return to Chinese rule. Photo: RTHK

Acknowledging the rule of law as a Hong Kong value, Lee said the national security legislation and improvements to the electoral system have brought the city from chaos to prosperity.

The next five years is a vital period for Hong Kong to move towards greater prosperity and better governance, he added. Lee said his administration will adopt a reformist as well as a result-oriented mindset to solve deep-seated problems efficiently. “With perseverance, we will succeed.”

He pointed out that his administration will further deepen integration with the mainland in various aspects, and strengthen Hong Kong’s role as an innovation hub.

Xi delivered a speech following the swearing-in ceremony. “First I sincerely send my regards to all the people of Hong Kong,” the president said, congratulating Lee and his principal officials as well as the Exco members, while thanking those who support “one country, two systems”, and compatriots who back Hong Kong from overseas.

Xi said the “one country, two systems” governing principle is supported by 1.4 billion Chinese people, endorsed by Hong Kong and Macau compatriots, and has the general approval of the international community.

“There is no reason to change such a good system, and it must be supported for a long time,” he said, adding that accurately implementing one country, two systems will create limitless development opportunities for both Hong Kong and Macau.

People watch the live broadcast of President Xi and Hong Kong Chief Executive John Lee attending the swearing-in ceremony on a giant screen, on the 25th anniversary of the former British colony’s handover to Chinese rule, outside a shopping centre in Causeway Bay. Photo: Reuters

Xi also highlighted that Beijing enjoys full jurisdiction over Hong Kong, and the importance of “patriots” administering the city. “The regime must be in the hands of patriots … There’s no one in the world who would allow outsiders, betrayers or even traitors to get hold of political power,” he said.

He regarded it as a principle that must be upheld to ensure the prosperity and stability of Hong Kong.

Xi said that while Hong Kong and Macau operate on a capitalist model, mainland China adopts a socialist one, the characteristics of which are led by the Chinese Communist Party, and that Hong Kong people should respect that.

The president also laid down four expectations for Lee’s administration, saying the next five years will be critical for Hong Kong to achieve breakthroughs.

Xi added that Hong Kong must lead young people, boost their sense of national identity and belonging, and help them to solve various problems. “Youngsters have a future, Hong Kong has a future,” he said.

Xi also underscored the importance of solving the city’s deep-seated problems. “The public has good expectations to have better livelihoods, that they can live in a wider and bigger home, with more job opportunities, better education for the children, and can be better taken care of when they are old,” he said.

“The new government should not disappoint them, and should place these expectations as top priorities. We must be pragmatic and promising, live up to the people, take the expectations of the whole society, especially ordinary citizens, as the greatest pursuit of governance, and take bolder and more effective measures to overcome difficulties.”

“The government has to make them believe that as long as they work hard, their lives can be improved.”

Xi Jinping said the fundamental principle of “one country, two systems” is to safeguard national sovereignty, national security and development interests, and maintain the prosperity and stability of Hong Kong.

“Whatever the central government does, it’s for the good of the nation, Hong Kong and Macau, as well as their compatriots,” the president emphasised. “I have previously said that we need to ensure that the implementation of one country, two systems must not be swayed.”

Xi said he believes that Hong Kong will make greater achievements in the rejuvenation of the Chinese nation.

The ceremony ended after Xi finished his 22-minute speech.

The swearing-in ceremony marked the second day of a two-day visit by President Xi. On Thursday, Xi began his long-anticipated visit to celebrate the 25th anniversary of the city’s return to Chinese sovereignty, underscoring Beijing’s commitment to the “one country, two systems” governing principle for a “bright future”.

In a brief arrival speech, the president described Hong Kong as having “risen from the ashes” after overcoming various severe challenges since his last visit in 2017, which proved that “one country, two systems is a good system”.

Xi also met outgoing leader Carrie Lam Cheng Yuet-ngor and her predecessor Leung Chun-ying, during which he praised Lam for her contributions and effort to “stop violence and chaos, fight the pandemic with full force, integrate with the country’s development plan and safeguard national sovereignty, security, development interests and Hong Kong stability”.

Xi returned to the mainland on Friday noon, ending his two-day visit.