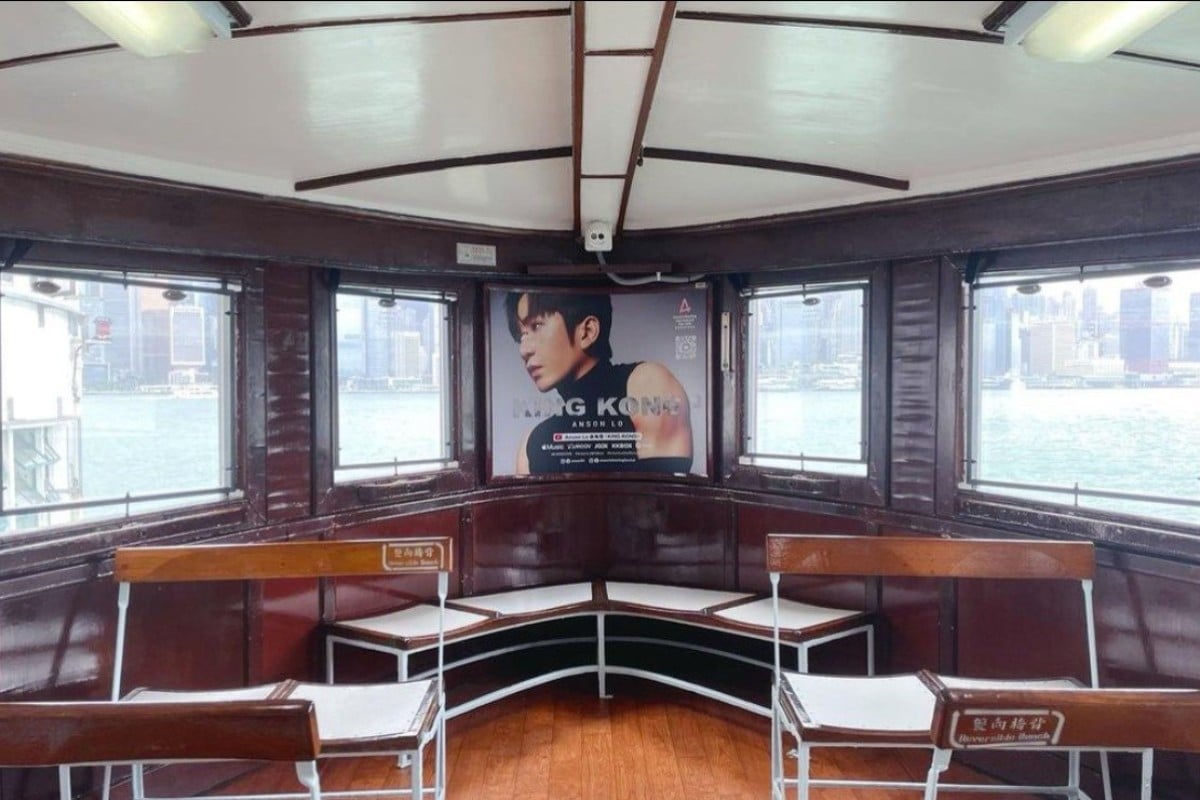 Anson Lo’s fan club has sponsored a free day of rides on the Star Ferry for the idol’s birthday. Photo: Captured on Instagram / @thestarferryhk

Ferry across Victoria Harbour for free on Thursday as fans celebrate the birthday of Hong Kong singer Anson Lo Hon-ting.

Star Ferry announced on Monday that the fan club for the member of popular boy band Mirror had sponsored a day of free ferry rides on July 7.

“To celebrate [Lo’s] birthday, Sontos treated everyone to free star ferry rides between Tsim Sha Tsui and Central ... So sweet!” read the post on Instagram. “Sontos” is the name Lo’s fans use to refer to themselves.

The company also said there would be birthday decorations for the Canto-pop artist at the pier and on the ferries from now until July 10 – perfect for fans who want to take Instagram pictures in honour of Lo, who rose to fame after starring in ViuTV’s remake of a Japanese drama Ossan’s Love.

Recently, Mirror fans have been organising charity events instead of only showering their idols with expensive gifts. The fan club of Keung To, another member of the boy band, organised a free tram day for the idol’s birthday in April.

Calling it a “Giving Day”, Lo’s fan club is also sponsoring free rides on most KMB buses on July 7 for those aged 65 and above. They can get the fares from that day reimbursed on the Octopus app or at its service stations from July 18 to August 14.

Fans have also organised a pop-up store in Langham Place from now to July 10 with net proceeds going to 10 charities including Paws United Charity, House of Joy and Mercy, Green Sense and Helping Hand.

“We [Sontos] want to wish him good health because we know he is very busy every day ... we hope he can have greater success and we will be with him every step of the way,” said an administrator of the fan club, Annie, who did not disclose her full name.

These altruistic birthday celebrations are not limited to Hong Kong as Lo has fans all over the world. Overseas, they have launched a wide array of events to support various charities.

In the United Kingdom, the local fan club posted on its Instagram last month to encourage its followers to donate blood in honour of Lo’s birthday. Fans in Canada organised four days of shoreline clean-ups in different cities across the country.

Singaporean fans organised a food drive, and Australian fans created a team to raise funds through a 7-day dance challenge to support sick and injured children.

In March, Lo, an animal-lover, posted a picture of himself imitating a quokka – a small wallaby that lives in Australia – to bring joy to his fans amid Hong Kong’s fifth wave of Covid-19.

This prompted his followers to donate money to the Rottnest Foundation, an organisation working to conserve Rottnest Island, where many quokkas live.

“Because of Anson Lo’s post and your organisation [the fan club] that spread the word, that has really expanded and increased the awareness of the quokka … Just a very big thank you from the bottom of our hearts,” said Sally Hollis, a corporate engagement officer at the foundation, in a video posted on social media last month.

“We welcome you to come to Rottnest anytime.”