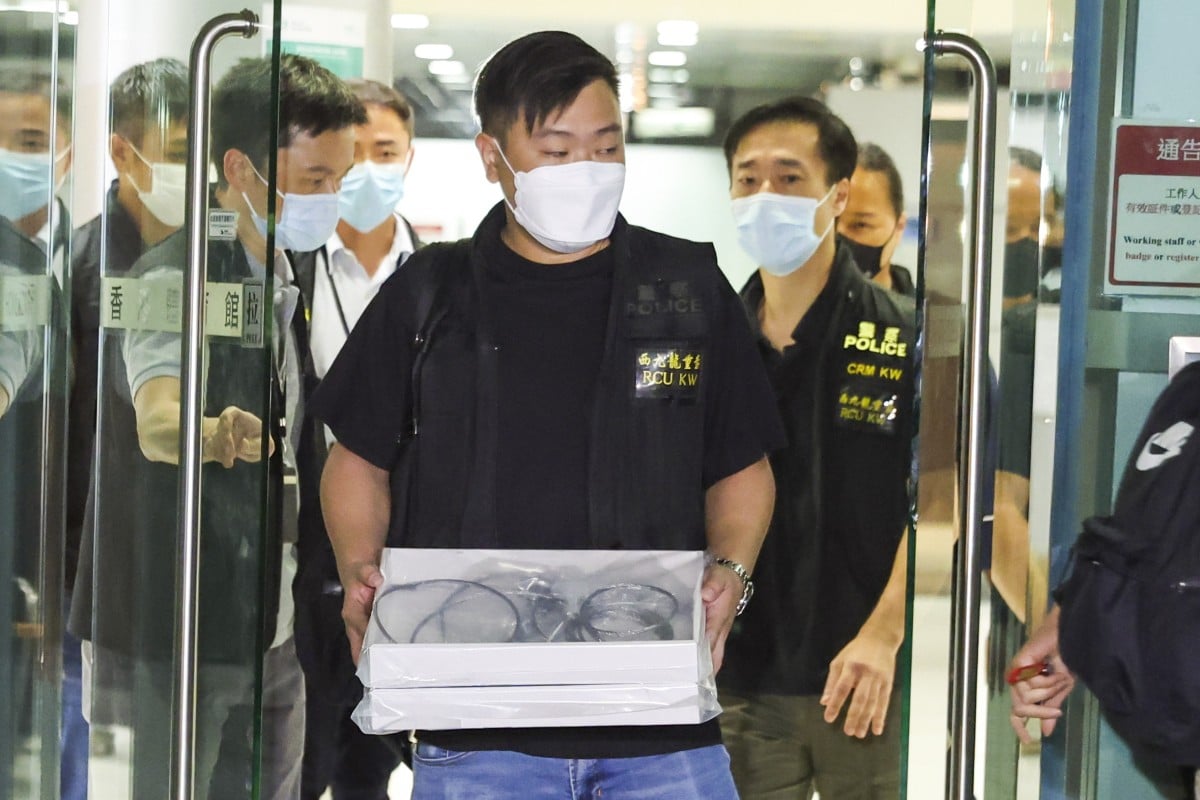 A source has said authorities will focus on determining the origins of the wire involved in a screen collapse during a Mirror concert on July 28. Photo: Edmond So

An investigation into a stage accident at the concert of Hong Kong boy band Mirror will focus on analysing a metal wire used to suspend a giant screen that came loose, the Post has learned.

A government source on Thursday said investigators were looking into the origins of the metal wire to determine the quality and materials used in its production.

Local authorities had also seized footage from dozens of surveillance cameras installed inside and outside the Hong Kong Coliseum to establish whether the wire was hit by something that caused “unnoticeable damage” during the delivery and installation of the screen, the insider said.

“We will also look into whether the wire hit other cables or equipment when the TV screen it supported was rotating and moving up and down during the show,” the source said.

Last Thursday night, one of the two cables supporting the four-by-four-metre screen tore as the installation was in motion, causing the monitor to crash onto the stage during the Mirror concert and injuring three dancers, leaving one in critical condition.

The insider added investigators would also look into whether the cable had been used for other functions before the concert. “We also have to find out whether the wire has experienced metal fatigue,” he said, adding that there could be multiple factors behind the accident.

Dancers performing with Canto-pop boy band Mirror were struck by a giant video screen that crashed down onto the stage in the middle of the show on July 28. Photo: AP

On Tuesday evening, officers from the force’s Kowloon West regional crime unit returned to the Coliseum to seize several wires as evidence, including two cables used to hold up the video screen before it collapsed.

The wires were taken for examination to test their tensile strength at the request of government chemists. A police insider said officers were looking at all possible angles that could have contributed to the screen’s collapse.

Meanwhile, five Mirror members broke their silence on the accident, vowing that the Canto-pop group would not give up and that it would get back on its feet to face challenges. The incident happened on the fourth night of Mirror’s 12-concert series, with organisers cancelling the remaining shows.

Keung To, one of the most popular band members, posted a message on Instagram to his 900,400 followers in the early hours of Thursday, writing in Chinese: “Will not give up. We will not give up. Must stand up and face everything together.”

In the evening, Ian Chan Cheuk-yin said he would stay positive and pray for the injured dancers. Band member Frankie Chan Sui-fai, who bruised his arm after he stepped off the edge of the stage during one Mirror concert, said he would not give up amid challenges.

They were joined by Edan Lui Cheuk-on and Jeremy Lee Chun-kit, who said the group would talk together.

A dancer, Zisac Law Tak-chi, who was hurt during rehearsals, also broke his silence on Instagram, saying he hoped those injured would recover soon.

“Although I haven’t gone on stage for the performance, it is definitely worth remembering. I hadn’t thought the 24 dancers could be that united. The 24 of us must be able to go on stage in the future,” Law said.

On Thursday morning, police interviewed one of the dancers who escaped injury at the concert. A source said the performer was among the witnesses sought for questioning, adding that Mirror members Anson Lo Hon-ting and Lui could also be invited to assist inquiries, with the pair having been on stage during the accident.

Lo Ting-fai, chief executive of MakerVille – one of the concert organisers – and Francis Lam Ho-yuen, the producer responsible for the group’s We Are Live Concert 2022, also attended interviews in the afternoon.

Officers had earlier spoken to engineers responsible for inspecting the stage installation before the show. The force had also approached representatives from the contractor and subcontractors involved on Tuesday and Wednesday. So far, no one has been arrested.

The accident last week left dancer Mo Lee Kai-yin, 27, fighting for his life in intensive care and at risk of becoming paralysed from the neck down, after he suffered a brain haemorrhage and fracturing the third and fourth vertebrae in his neck. He remained in critical condition with stable vital signs on Thursday, a Queen Elizabeth Hospital spokesman said.

Mo Lee (centre) was seriously injured by a gigantic falling screen at the concert, and is in danger of becoming paralysed from the neck down. Photo: Instagram

A medical source on Wednesday said Lee remained under sedation and was breathing with a respirator as it took time to stabilise his fractured spine. The hospital will determine whether Lee requires further surgery once his situation improves.

After arriving from Toronto over the weekend, Lee’s parents visited him in hospital on Wednesday for the third time. The medical insider said they had been informed of their son’s condition by doctors.

Lee’s girlfriend Natalie So Tsz-ching, a member of girl group Collar managed by MakerVille, was absent from the band’s first public appearance on a radio programme on Thursday since the accident. In the aftermath of the accident, authorities suspended all remaining shows and tightened rules on installations at public performance venues.

There has been speculation online that the popular, 12-strong group will disband over the accident, with the members’ five-year contract set to expire next year.