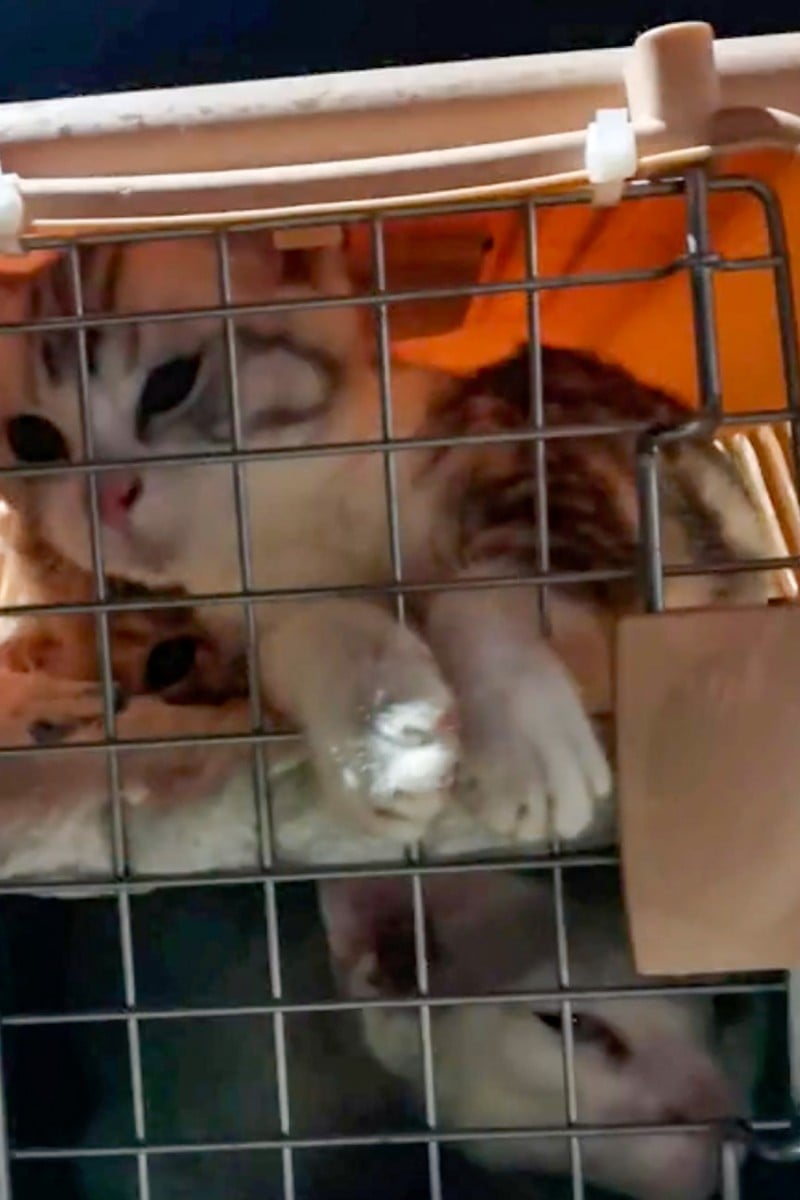 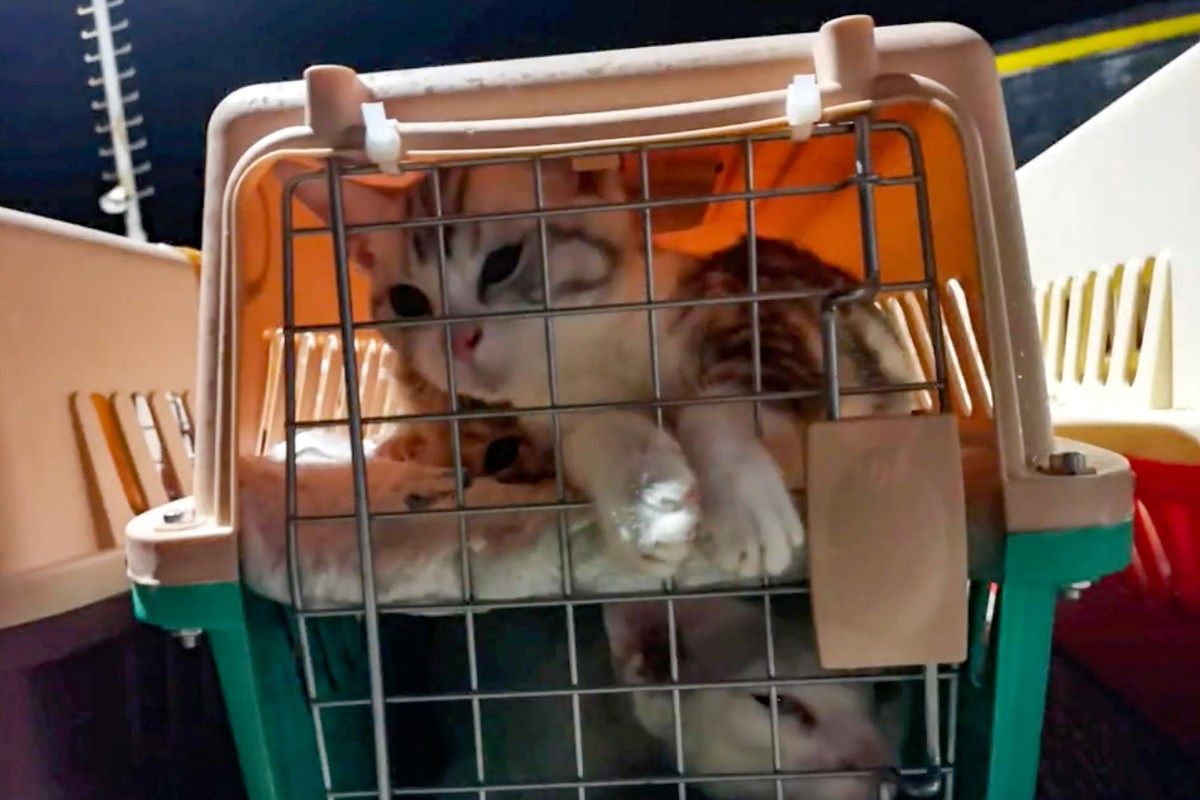 It was the third smuggling case involving kittens and puppies being shipped into Hong Kong from the mainland this year. Photo: Handout

Police on an anti-smuggling operation have confiscated more than 120 kittens and puppies illegally shipped into Hong Kong by speedboat from mainland China.

The 84 kittens and 42 puppies were found inside 46 crates on the speedboat, which a smuggler abandoned when chased, in the city’s northwestern Ha Pak Lai coastal area in Lau Fau Shan at about 11.30pm on Sunday, police said.

The pet smuggler, who was in the speedboat alone, ran ashore and managed to escape, the force said on Monday.

“The pets were found crammed into the 46 crates and some of them had shown signs of dehydration,” said acting chief inspector Wong Shun-wai, an assistant Marine West divisional commander.

He said all of the animals had been handed over to the Agriculture, Fisheries and Conservation Department.

Senior Inspector Chan Ling of the marine police regional crime unit said the investigation suggested some of the animals were intended for selling to local pet shops. He said he believed a smuggling syndicate was behind the illegal delivery of the animals from the mainland, adding that an investigation was under way.

Some of the pets found in the crates were dehydrated. Photo: Dickson Lee

A force insider said all of the kittens and puppies were expensive breeds and only a few months old, with each animal able to fetch thousands of dollars at least in Hong Kong.

A high-speed sea pursuit began when the speedboat with a man on board was seen in Deep Bay after entering Hong Kong waters from the mainland at about 11.30pm on Sunday.

Wong said the man aboard the speedboat refused to stop and accelerated after a police pursuit craft was deployed to intercept it.

After a brief chase, the smuggler berthed the boat at the coastal area in Ha Pak Lai, abandoned it and ran ashore to escape.

It was the third smuggling case involving kittens and puppies being shipped into Hong Kong from the mainland this year.

In May, 136 pedigree kittens and puppies were confiscated aboard a speedboat off Black Point in Tuen Mun, making it the city’s largest seizure of pets in an anti-smuggling operation.

The 101 kittens and 35 ­puppies, all expensive breeds, were found inside 17 plastic crates on the speedboat late on May 28, following a high-speed chase with police in northwestern waters.

During the joint operation mounted by police and customs, a 30-year-old man alone on the 10-metre-long (33-foot) boat was arrested aboard the vessel.

In January, 30 kittens and seven puppies were confiscated along with HK$4.1 million (US$522,283) worth of contraband containing frozen bull penis and deer tails – goods used for medicinal purposes – at the Ha Pak Lai coastal area.