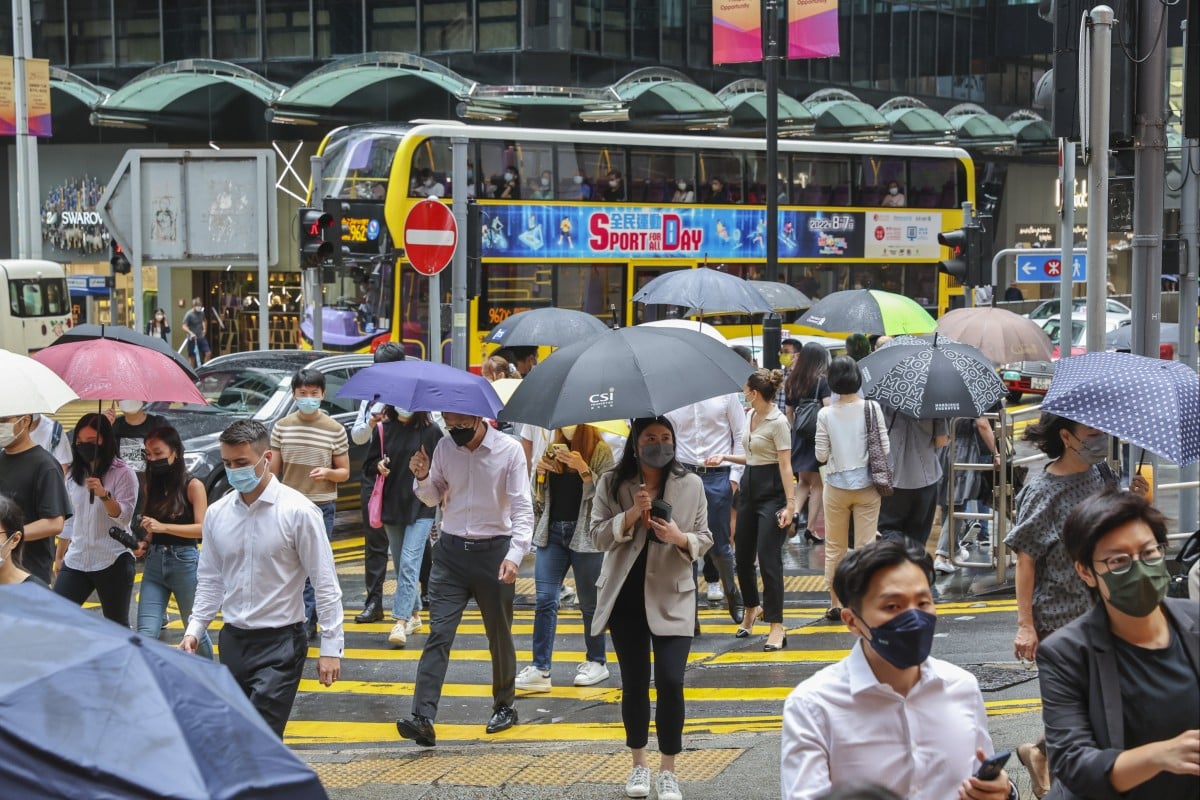 A No 3 typhoon warning signal will remain in force until 10pm on Tuesday unless Tropical Storm Mulan increases in strength or moves closer to Hong Kong, according to the Observatory.

The alert was upgraded at 11.25am from a No 1 signal, meaning winds with mean speeds of 41km/h to 62km/h are expected, with kindergartens and some special schools suspending classes.

With the region of gale force winds near the centre of the storm remaining relatively small and still far from the coast of Guangdong, the Observatory said at 4.45pm that the signal would likely remain in effect until 10pm.

The weather service added that it would revise the signal if Mulan showed signs of significant strengthening or edged closer toward the city.

At 4pm, the tropical storm was estimated to be about 540km south-southwest of Hong Kong. It was expected to move north or northwest at about 18km/h towards the vicinity of western Guangdong and Hainan Island.

“Strong winds are prevailing with occasional gale force winds offshore and on high ground. There will be showers, thunderstorms and violent gusts over the territory [on Tuesday]. Showers will be heavy at times,” the Observatory said.

“The need to issue higher signals subsequently will depend on the changes in the intensity of Mulan and the variation in local wind strength.”

The weather service will keep the T3 warning until around 10pm. Photo: Yik Yeung-man

At 9am, the tropical depression over the central part of the South China Sea was estimated to be about 590km south-southwest of Hong Kong. It was expected to move north or northwest at about 18km/h towards the vicinity of western Guangdong and Hainan Island.

“Under the influence of its outer rain bands, there will be squally showers and thunderstorms. Showers will be heavy at times. Winds will be strong offshore and on high ground,” the Observatory said.

It is the second tropical cyclone in a week after the first was recorded last Wednesday.