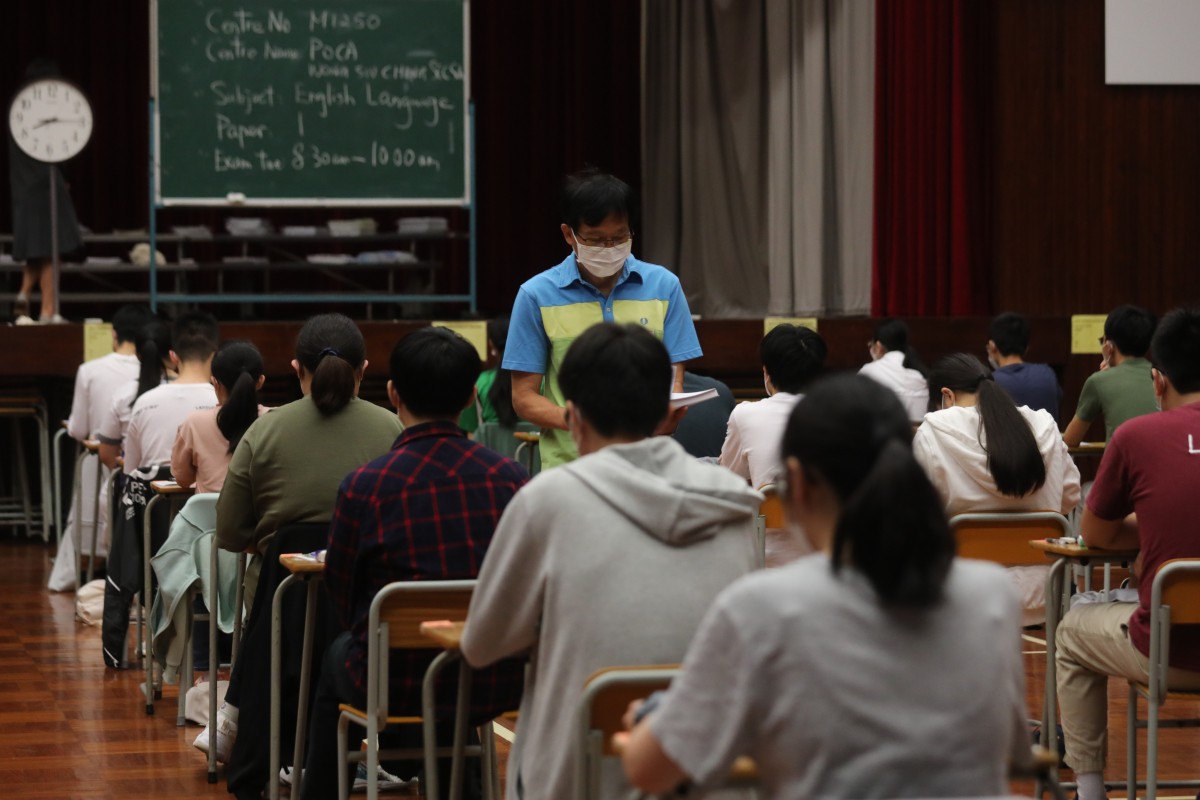 Figures released by Jupas showed that 15,857 out of 39,523 applicants – 40.1 per cent – will be offered first year places at a publicly funded or self-financed city university. Photo: Xiaomei Chen

Hong Kong universities recorded an all-time high in admission rates this year, along with a new low in the number of applicants.

Educational consultants on Tuesday said the city’s academic institutions were offering more places to students, knowing that some might decline the spot to study abroad.

“Some institutions will give more offers than they previously stated, as they noticed students may be drawn by the upwards trend of overseas studies,” said Ng Po-shing, a consultant at student guidance centre Hok Yau Club.

Ng spoke after figures released by the Joint University Programmes Admissions System (Jupas) showed that 15,857 out of 39,523 applicants – 40.1 per cent – will be offered first year places at a publicly funded or self-financed city university or spots for a higher diploma programme in early childhood education at the Education University of Hong Kong (EduHK).

Excluding EduHK’s early childhood higher diploma course, which is expected to admit about 330 students, this year’s percentage of successful applicants for bachelor’s degree courses – around 39 per cent – is the highest since 2012.

The Diploma of Secondary Education (DSE) replaced the Hong Kong Certificate of Education Examination and A-levels as the city’s university entrance exam that year.

Last year’s admission rate, at 38.1 per cent, was also a record high.

Almost 90 per cent of the 15,857 given offers were able to secure one of their top three choices, the highest rate since 2016, and about 6 per cent were given a place on their fourth to sixth choice.

Associate degree and higher diploma programmes, except the government-funded EduHK course, were not included in the Jupas calculations.

Applicants will learn their placement results on Wednesday morning.

Eight students achieved ­perfect scores on the university entrance examinations this year, with six of them admitted by Chinese University (CUHK). Photo: Shutterstock

Eight students achieved ­perfect scores on the university entrance examinations this year, with six of them admitted by Chinese University (CUHK).

CUHK said five of the high-fliers had been admitted to study medicine (global physician-leadership stream), including two “super top scorers” who achieved Level 5** in eight subjects, which included an extended mathematics elective module.

Planning to study in the US? Here’s what you should know about the common application

CUHK added that 57 per cent of applicants who achieved 5**, the highest grade in the seven-level grading scale, in four or more subjects in the DSE had been admitted to the university, the highest proportion among Jupas institutions.

“The university has announced that admission scholarships will be offered to students attaining Level 5** in one or more DSE subjects. This year, 778 students are eligible for the scholarship,” CUHK said.

CUHK had earlier announced that admission scholarships had been bumped up by 40 per cent.

The top scorers choosing a six-year medical degree can be awarded a scholarship of up to HK$560,000 and students who attain Level 5** in one subject could get HK$5,000.

Why recent secondary school graduates are holding off on university

The University of Hong Kong (HKU) said all 43 candidates in Hong Kong who obtained 42 or more in the best six subjects in the DSE who applied for law-related programmes had been admitted.

A spokesman said HKU also admitted 86 Hong Kong resident non-Chinese-speaking students this year, the highest intake among city universities, and that they achieved an average score of 27.7 in the best five subjects.