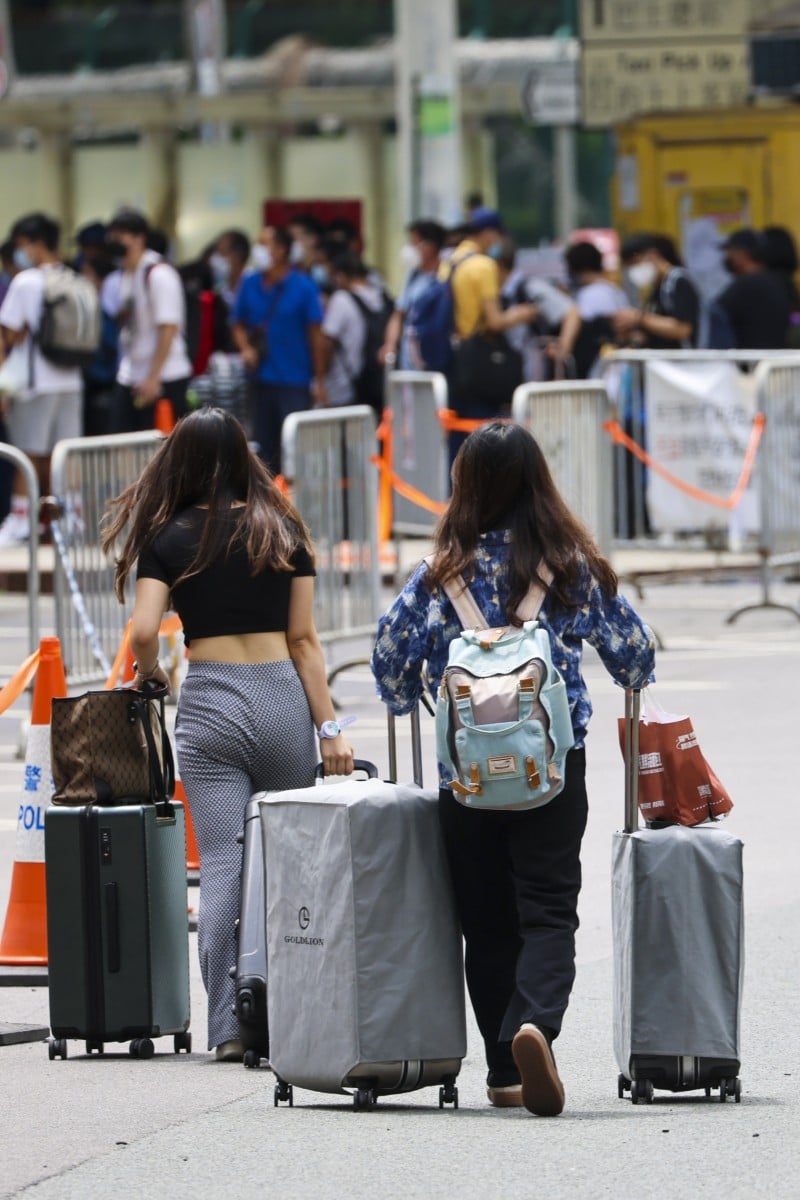 The new scheme is aimed at allowing students to bypass the daily 2,000 quota for cross-border travellers. Photo: Dickson Lee

Nearly 400 Hong Kong students have registered for a new border channel within a day of its launch, aimed at easing travel to mainland China for the start of the school year amid tough Covid-19 restrictions.

Deputy Secretary for Education Esmond Lee Chung-sin said as of 7am on Wednesday, 391 students had signed up for the special quota. Of the 101 applications received on Tuesday, 85 per cent involved land crossings and the remaining by air.

Among those seeking to cross on land, 58 are headed for Guangdong, 13 for Fujian and another 13 for Beijing.

“I urged students who plan to use the new pathway to sign up on our online form before Friday. We will make relevant arrangements with mainland authorities after receiving the forms,” Lee told a radio programme on Wednesday.

“Students should be ready to get on board as soon as possible upon receiving our notification.”

He said applicants who opted for the land route would receive a notification via email requiring them to log into a designated website to receive a special cross-border pass. Airlines would prioritise bookings for those under the scheme. Students can then book quarantine hotels afterward.

Mainland authorities will also analyse details given by students to decide whether to allow additional flights. Lee said he hoped the cost of air tickets would go down with more flights provided.

“But of the 101 people who registered yesterday, only 16 hoped to fly to the mainland. If the number is such, then it can be handled even without additional flights,” he added.

On Tuesday, the city’s education minister announced the launch of the special scheme, aimed at prioritising students seeking to cross the border, as well as providing “compassionate” quotas for those with special needs.

It was estimated that more than 1,000 students would benefit from the measure. They will not need to compete for the 2,000 quota spots drawn daily under a lottery system for most cross-border travellers, but will still be subject to quarantine rules, including hotel isolation and Covid-19 tests.

Lawmaker Kitson Yang Wing-kit, however, voiced concern over the availability of flight tickets in late August and September. Students might need to spend thousands on a ticket from travel agents who hold such bookings, he warned.

He said arranging chartered vehicles for students to travel back to the mainland via the Hong Kong-Zhuhai-Macau Bridge would be the best approach as they were all headed for various provinces.

“Arranging a charter flight or vehicles and letting the students quarantine in a mainland city would be more cost-effective … They could go back to different cities by high-speed rail after completing their quarantine,” he said. “I believe that the students will not mind bearing such costs.”