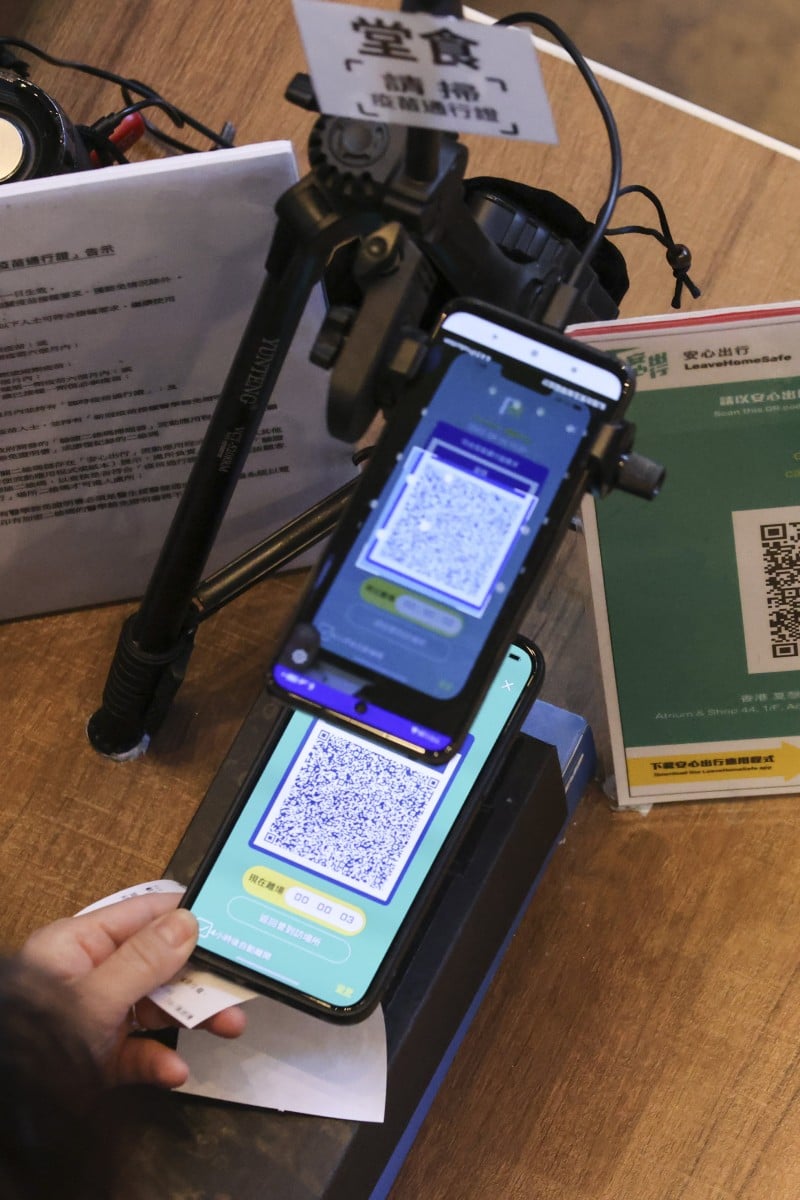 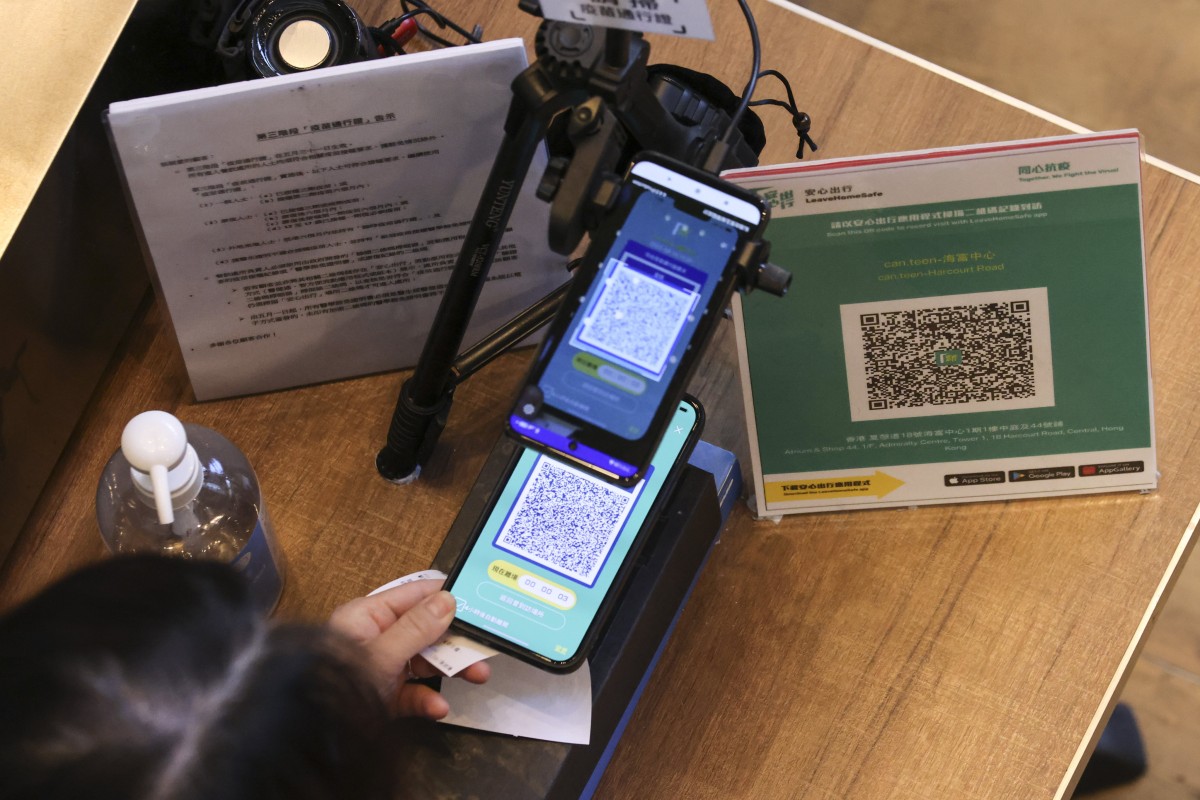 The “Leave Home Safe” app will have a new function for parents to save their child’s vaccine pass along with their own. Photo: Dickson Lee

Hong Kong primary school pupil Joanna Wong carries a mobile phone with her every day to contact her parents as she goes to and from school by herself.

Starting from September 30, the 11-year-old will also use the phone to show her vaccination record when she enters venues that are covered under the vaccine pass arrangement in Hong Kong.

The government announced on Thursday that children aged five to 11 will have to be inoculated with at least one Covid jab by the end of the month under an expansion of the city’s vaccine pass arrangement. Children will need to show their vaccination QR codes when going to public places such as shopping malls, supermarkets, sports premises and swimming pools, but schools remain outside the scheme.

From November 30, to keep using the vaccine pass, everyone aged 12 and above will need to have had three jabs, and children aged five to 11 will be required to have received two.

“I do not think they [kids] should be required to use a vaccine pass,” Joanna said, adding that it would be an inconvenience because she would not be able to ask her parents for help if she had problems with it when she was alone.

The government will allow parents to present their child’s vaccination QR code on paper or as a photo saved on a mobile phone. A new function will also be added to the “Leave Home Safe” app for parents to save their own vaccine pass together with their children’s.

Joanna said she preferred to have her vaccine pass on her phone.

“It will be more convenient, and I may lose it when presenting with the paper,” the Primary Six student said.

She has already received two vaccine doses and plans to get the third one when she turns 12 in a few months so she can visit the public library and swimming pool.

While older children can be responsible for their own vaccine passes, younger ones will have to rely on their parents to carry their vaccination records. Photo: Jonathan Wong

On the other hand, Anson Ng, another 11-year-old, said it would not be not very troublesome to carry around her proof of vaccination.

“Actually, QR code scanning is commonly used in homework. So, it is acceptable to present the vaccination QR code wherever I go,” she said.

Anson said she thought the new arrangement would help boost the vaccination rate of young children, which would better protect everyone in the city.

The announcement on Thursday came as local case numbers increased by more than 11,000 new infections, the most in a single day since March 24.

Undersecretary for Health Dr Libby Lee Ha-yun urged parents not to delay in inoculating their children against the coronavirus.

“At the moment actually, the rate of children aged five to 11 having taken one shot has reached 83 per cent and 70 per cent for two shots,” she said. “In other words, only 68,000 children have never taken one jab. So I urge parents to get your children vaccinated as soon as possible.”

By November 30, children aged five to 11 will need two Covid-19 jabs under the vaccine pass scheme. Photo: Edmond So

For a parent who identified himself only as Henry, the vaccination requirement seems unnecessary.

“For me, it is becoming a duty rather than a health issue. I personally think there is very minimal risk, if not none, in taking jabs, but I also doubt the effectiveness of having multiple jabs,” said the father of two, who also called the need to show his children’s vaccination QR codes everywhere a “nuisance”.

“Having said that, it would be worth it if we can get back to normal school life in exchange for that [vaccination requirement].”

Henry said he would store his eight-year-old son’s record in his “Leave Home Safe” app once the new feature was in place.