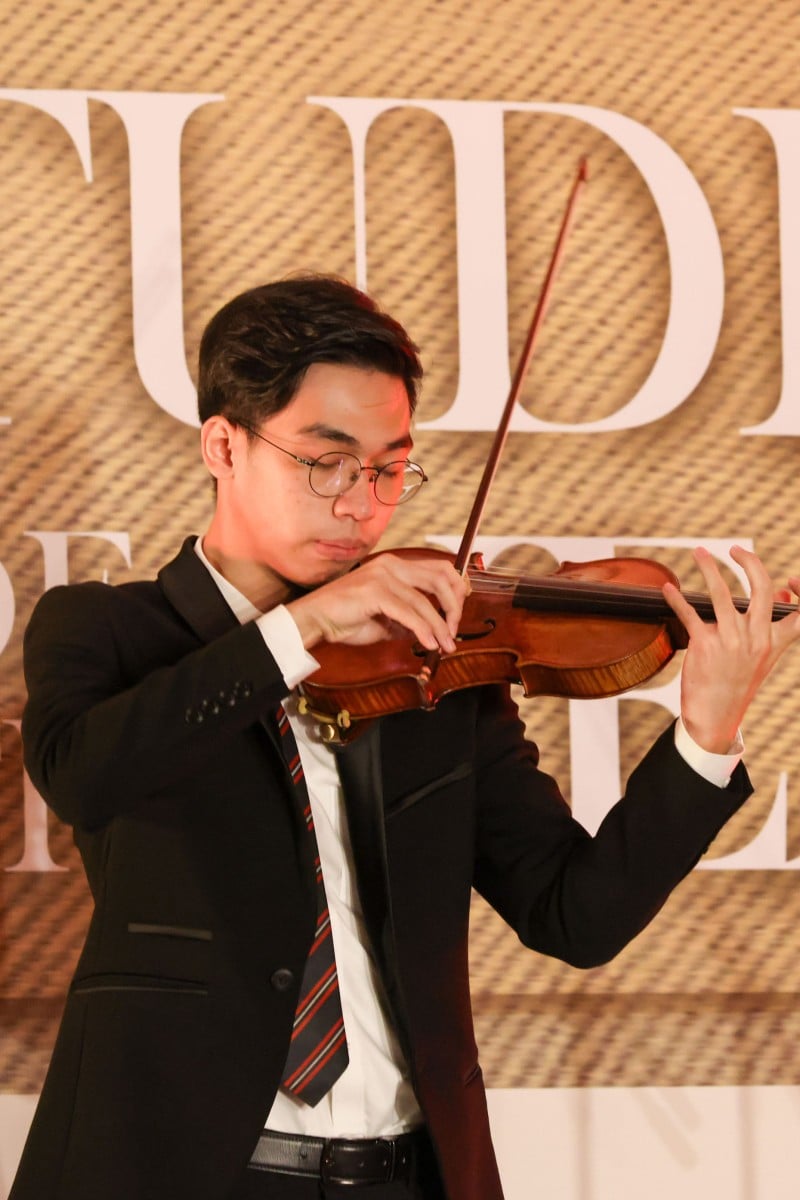 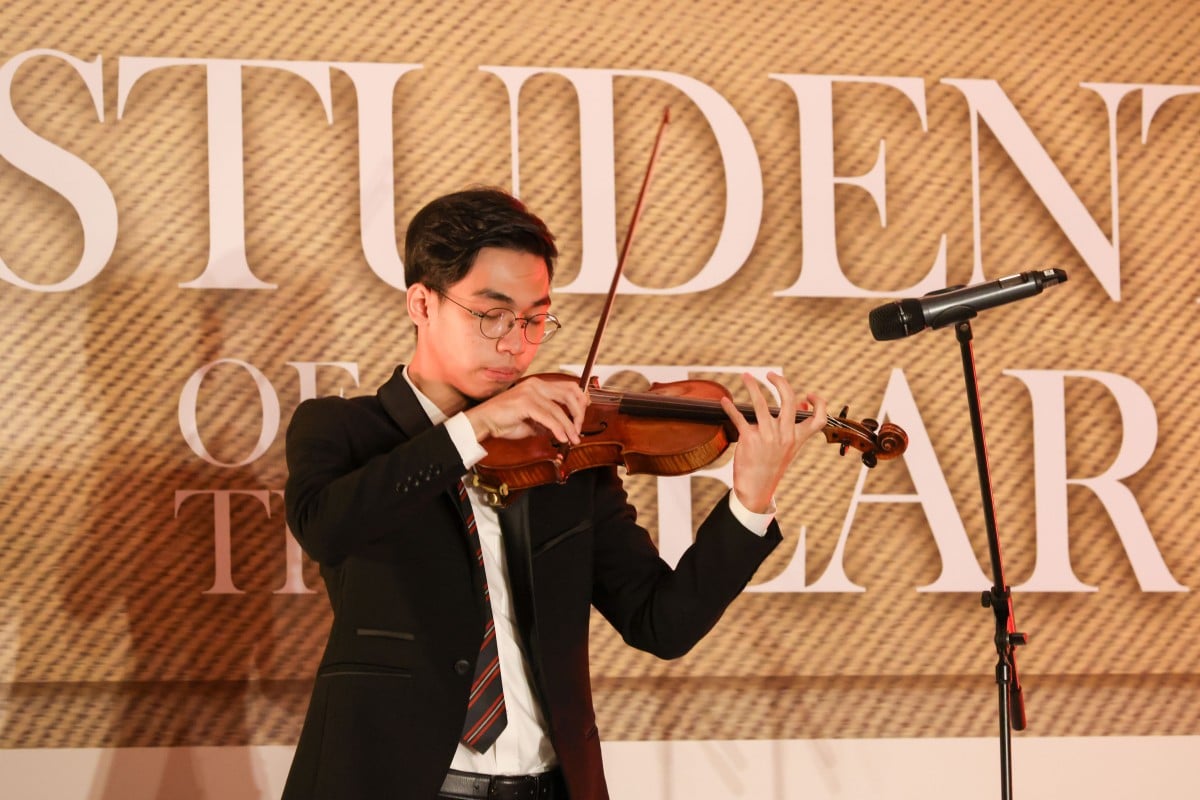 Enoch Li Yui-ching was only three when he first grasped the beauty in music – while his mother was playing the Les Miserables’s live orchestra concert at home, the little boy was pretending to be the conductor by waving a chopstick in the air.

The boy, once with a chopstick in his hand, never thought he could hold a baton one day to conduct an orchestra that was founded by him and his friends.

“The passion that I have for orchestral music makes me want to become a conductor … it is an interest that has been gradually developed after I have more knowledge in music,” said Enoch, who is the winner of the Performing Artist category of the Student of the Year (SOTY) Awards.

Enoch, now 18, has started to play piano and violin since he was six. The versatility of piano attracted him as he could improvise music with his friends anytime with the piano.

As an ardent musician who is deeply fascinated by orchestral music, violin has a great allure to him as it is an important instrument in orchestra.

He joined the Hong Kong Children’s Symphony Orchestra as a violist in primary five. After entering Diocesan Boys’ School, he became a member of the school orchestra and served as an executive officer and orchestra chairman in Form Five.

The gifted artist won champions in the School Music Festival solo violin competitions for three consecutive years starting from 2017, and made his solo recital debut in Hong Kong City Hall in April 2021.

Enoch has been playing piano and violin since he was six years old. Photo: SCMP

Putting his heart and soul into orchestras for so many years, Enoch observed a phenomenon in the city’s classical music scene.

“My friends and I felt like there were not enough youth orchestras in Hong Kong which could gather all the top young musicians together. And then we thought, maybe we could establish one ourselves,” he said.

With such aspiration, Enoch co-founded the Hong Kong Youth Philharmonia with five friends in August 2020. They have invited different young musicians to join their team and successfully held two summer concerts in 2021 and this year.

“Due to Covid, a lot of students lacked the experience to play in a live orchestra. For those younger ones, if they don’t have such experience, they won’t be able to lead others when they are in senior forms, so we are trying our best to find younger musicians to join our orchestra,” he said.

This year, the number of his orchestra members has already expanded from 62 to 73. “We hope the younger ones can continue to run this orchestra when we all grow older,” he said.

The musician also excelled academically and attained perfect score in this year’s International Baccalaureate exam. He is now studying at Harvard University and has already joined the university orchestra.

Other than music, he wished to explore more about himself in university. “I devoted 90 per cent of my time to music during the past six years, so now I want to discover other sides of myself.”

This year’s SOTY Awards is organised by the South China Morning Post and sponsored by The Hong Kong Jockey Club.