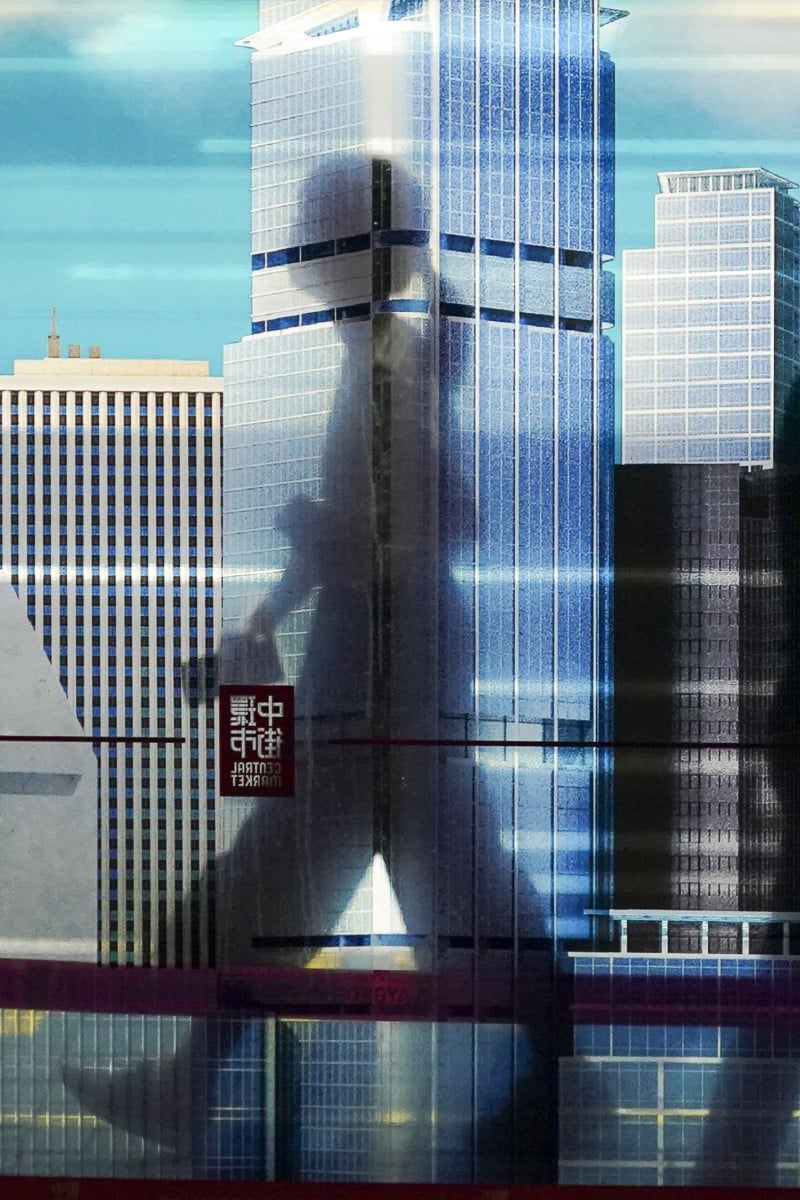 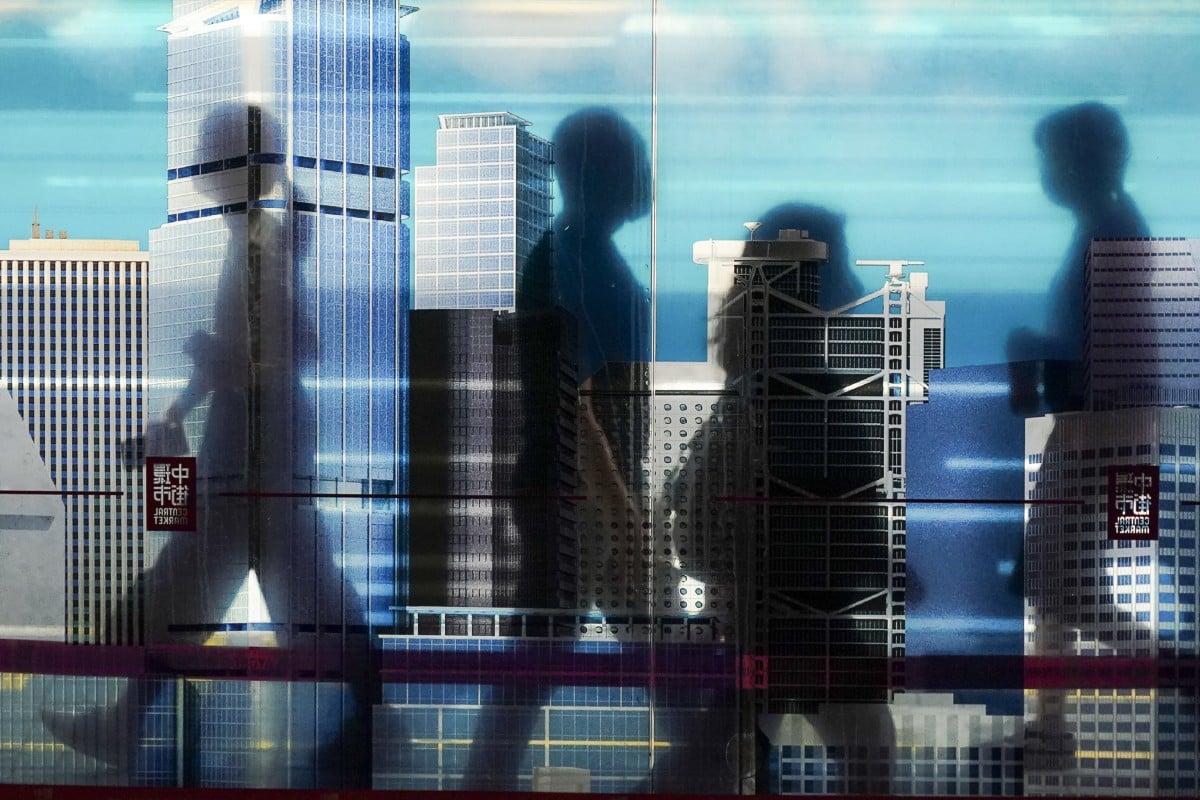 Hong Kong’s workforce has shrunk by 140,000 over the past two years. Photo: Felix Wong

Hong Kong leader John Lee Ka-chiu presented his first policy address on October 19 and showed his plan for the next five years.

One highlight included a two-year visa for people earning at least HK$2.5 million per year, as well as those who graduated from the world’s top 100 universities and have at least three years of work experience.

People who have graduated from these universities in the past five years will also be eligible, even if they have yet to fulfil the work experience requirement. The annual quota for these individuals is capped at 10,000. This would be more flexible than the current Quality Migrant Admission Scheme.

Listing out several other measures, Lee said his administration would allow employers to hire overseas talent without having to prove difficulties in hiring locally, extend employment visas to three years, and refund extra stamp duty to foreigners-turned-permanent residents who are still holding property.

Lee said the city would “proactively trawl for global talent” to bring back international or mainland Chinese expertise. The measures are meant to address the city’s loss of highly trained people in recent years. The city leader admitted the local workforce had shrunk by 140,000 over the past two years. He highlighted the need for his administration to do everything it could to fix the situation.

Lee also announced the start of a unit, called the Office for Attracting Strategic Enterprises. This unit would work to bring high-performing firms from overseas to Hong Kong, along with their workers and families.

“Hong Kong is one of the most competitive economies in the world. It also serves as an important gateway connecting the mainland with global markets. We must be more proactive and aggressive in ‘competing for enterprises’ and ‘competing for talent’,” he said.

News: Hong Kong rolls out measures to attract talent, but can it keep those who are already here?

Hong Kong’s leader has rolled out a slew of measures to woo global talent to the city. But for those already here, the city’s Covid-19 restrictions and high cost of living may prevent them from staying for the long term.

Hwang Eun-hee, an undergraduate student from South Korea at the University of Hong Kong, will benefit from a new scheme that allows non-local graduates to stay in the city for two years instead of one.

Though she plans to stay in Hong Kong to continue her studies after graduating this year, she wants to leave after gaining permanent residency. The 22-year-old psychology and biotechnology student said she felt frustrated with the city’s coronavirus restrictions and high cost of living.

Can Hong Kong convince young talent to stay in the city? Photo: Shutterstock

A 36-year-old Canadian expatriate, who asked not to be named, planned to stay in the city for three more years to gain permanent residency as he believed there were more career opportunities than in his hometown of Montreal.

But the digital transformation specialist does not plan on buying property in Hong Kong despite the extra stamp duty refund offer.

“Not all expats working here would invest that much money into buying a property. The price is just too high,” he said. “Those [who buy property] are very committed people who have a plan to stay here for long or have their family on board.”

Lee Quane, Asia regional director at human resources consultancy ECA International, noted that many of the cities competing with Hong Kong had relaxed their Covid-19 policies.

“A finance graduate or IT graduate will more likely favour a role in Singapore, which has relaxed restrictions in comparison to Hong Kong where mask mandates remain in force with no road map regarding a return to normality,” he said.

Face Off: Is Hong Kong facing a brain drain?

Lawmakers have suggested that instead of relying only on foreign rankings for a list of preferred institutions, authorities could also offer preferential treatment to research institutions in mainland China, as well as those in Southeast Asian countries with a cordial relationship with China.

Legislator Nixie Lam Lam, of the Democratic Alliance for the Betterment and Progress of Hong Kong (DAB), argued the scheme should be more specific about the type of graduates needed, instead of focusing on rankings.

“Many young people in the Asean [Southeast Asian] countries are of Chinese ethnicity. They know about Hong Kong, feel culturally attached to it, and can speak English and Chinese too,” she said. “I think the government should consider them, and give them financial assistance as the living cost here can be quite high.”

Lawmaker Nixie Lam Lam says the Hong Kong government should not just consider rankings for its new visa for graduates from top universities. Photo: Edmond So

Armstrong Lee Hon-cheung, managing director of Worldwide Consulting Group, said he believed that graduates from the mainland or Southeast Asia could have an edge over their counterparts in the US or Europe. “If they lived in the mainland or in the region, they would be familiar with the Hong Kong market,” he said.

Associate Professor Walter Theseira of the Singapore University of Social Sciences agreed that the new scheme would be attractive to young graduates in Asean countries.

“As a highly developed economy with close links to China, Hong Kong will always be a premier foreign destination for young talent from Singapore and other Asean countries,” he said.

To resolve Hong Kong’s manpower shortage, Armstrong Lee said it was more urgent for the government to attract those with managerial skills, and offer them incentives.

“We need more managers whose rental cost would be covered by their employers; I’d be disappointed if this scheme is only for fresh graduates from famous colleges.”

Face off: Has Singapore become more competitive than Hong Kong?

the ability to effectively lead a team of employees. Hong Kong government figures showed a drop of 50,000 people working in managerial positions from the second quarter of 2019 to the same period this year.

refers to a foreigner who has been granted official permission to stay in a place on a permanent basis, often prior to being granted citizenship. In Hong Kong, foreigners are required to stay in the city lawfully for seven years before they can be given permanent residence status.

allows eligible applicants to stay in Hong Kong for two years without being employed. It seeks to attract highly skilled or talented individuals to settle in Hong Kong to enhance the city’s economic competitiveness. Candidates must meet certain requirements, such as passing a points-based assessment on their qualifications, experience and achievements. As of the past year, approvals are limited to 4,000.