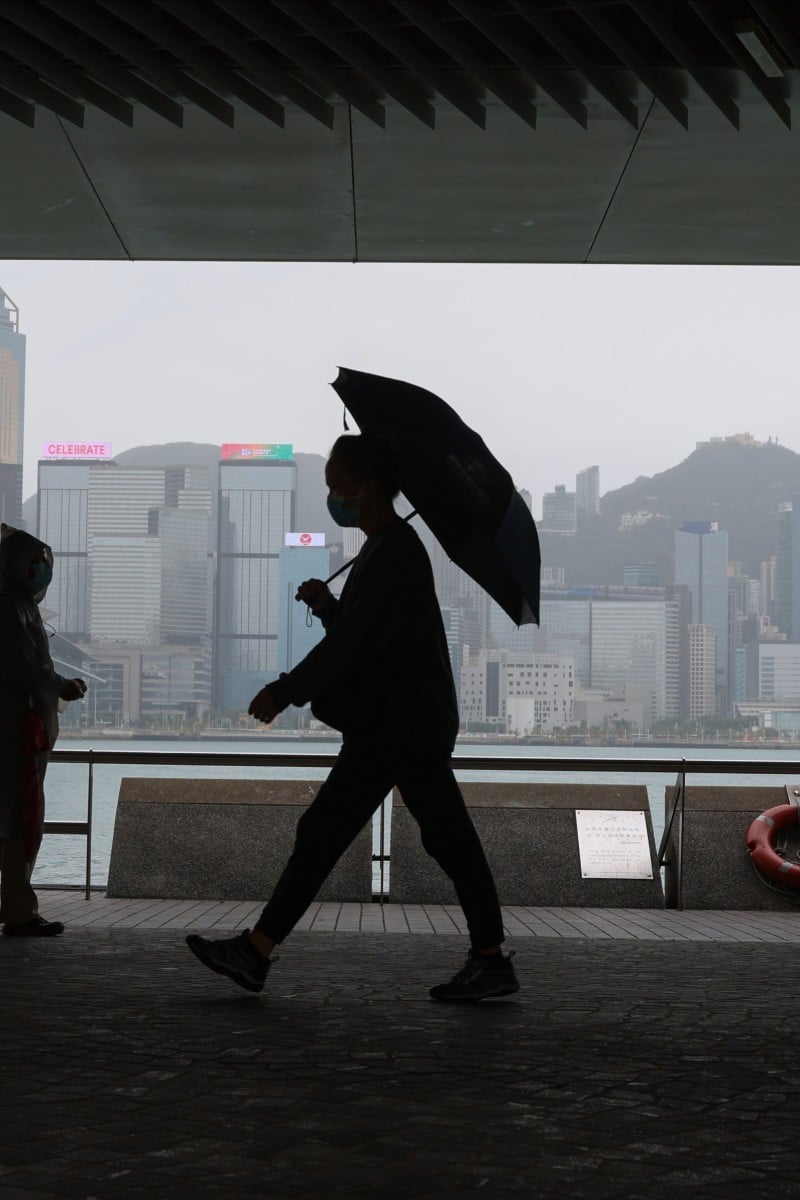 Storm Nalgae: Hong Kong to keep No 8 typhoon signal until at least 10pm, with November alert a 50-year first for city 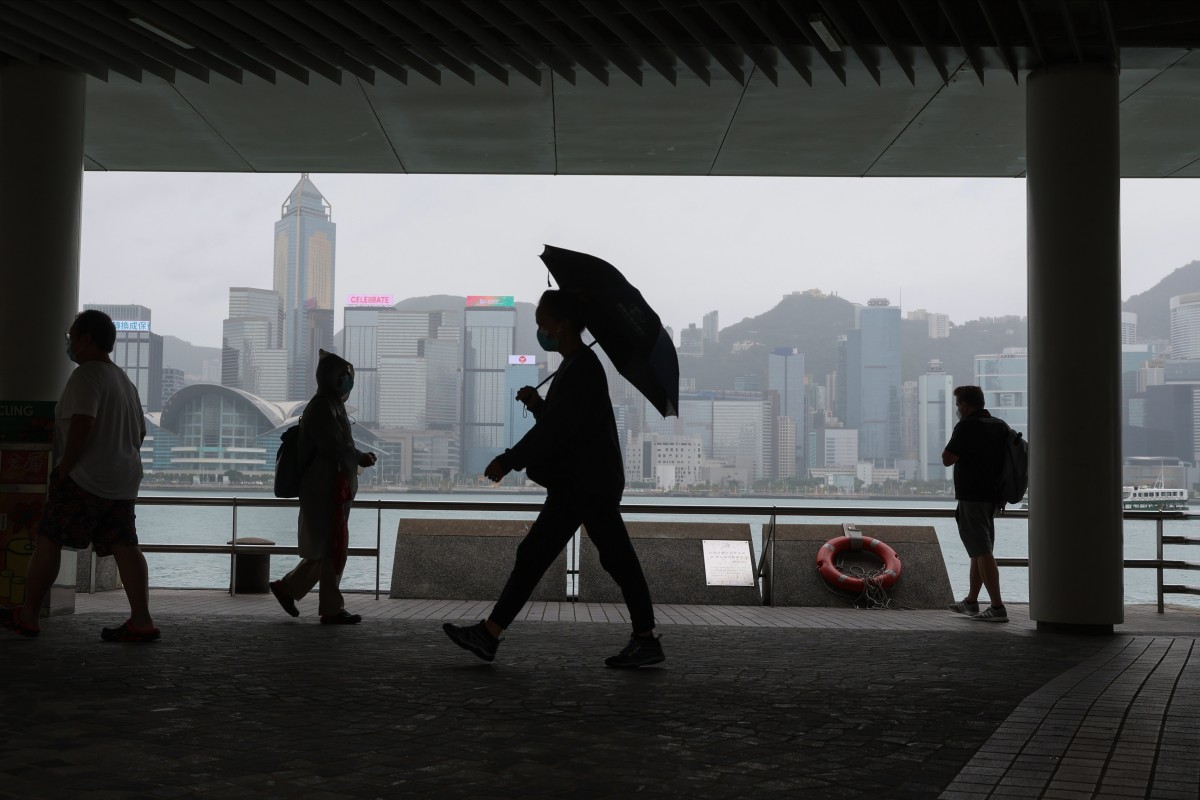 Hong Kong’s No 8 typhoon signal will be in force until at least 10pm Wednesday, but whether the third-highest storm alert, the first to be issued in November in 50 years, remains up depends on how much Severe Tropical Storm Nalgae weakens as it travels northwest through the South China Sea, the city’s forecaster has said.

The Hong Kong Observatory on Wednesday said Nalgae, which means “wings” in Korean, would be about 150km to the south of the city by night.

“Rainbands associated with Nalgae will affect the vicinity of the Pearl River estuary,” the Observatory said, as it reminded the public to stay away from the shoreline. “Showers over the territory are expected to become more frequent later today. Seas are very rough with swells.”

The stock exchange cancelled the afternoon trading session, schools suspended classes and ferries were halted, while Citybus and New World First Bus stopped most services at 3.40pm. The MTR Corp continues to operate trains at 10 to 20 minute intervals and additional manpower has been deployed.

Hong Kong has only twice before issued the No 8 typhoon signal in November, in 1954 and 1972. The previous time any storm warning was raised so late in the year was on November 1, 2018, when Tropical Cyclone Yutu prompted a No 3 alert.

The forecaster said Nalgae would slowly weaken, and local winds would shift gradually from north to east.

Hundreds of people queue at a supermarket in Quarry Bay as Tropical Storm Nalgae edges closer to the city. Photo: Robert Ng

Due to the storm, all vaccination services operated under the government’s Covid-19 inoculation programme, including community centres, suspended operations.

Additionally, the Hospital Authority said a number of services, including the operation of designated clinics and specialist outpatient clinics, as well as video consultation, had been suspended.

20 weather idioms that will put you on cloud nine

Despite the approaching storm, the three-day Global Financial Leaders’ Investment Summit and FinTech Week forum continued to follow their schedules. More than 200 global financial leaders are attending the banking summit, the largest such gathering of its kind since the coronavirus pandemic began three years ago.

“Most of the overseas participants are staying at the venue hotel, and local guests can decide whether to attend, taking into account the safety situation,” a spokesman for organiser Hong Kong Monetary Association said.

Addressing the conference at the Four Seasons Hotel in the morning, city leader John Lee ka-chiu stressed the city remained competitive and urged overseas bankers to “get in front” of the queue for businesses. In the afternoon, Lee spoke at another forum organised by a pro-Beijing group about national security.