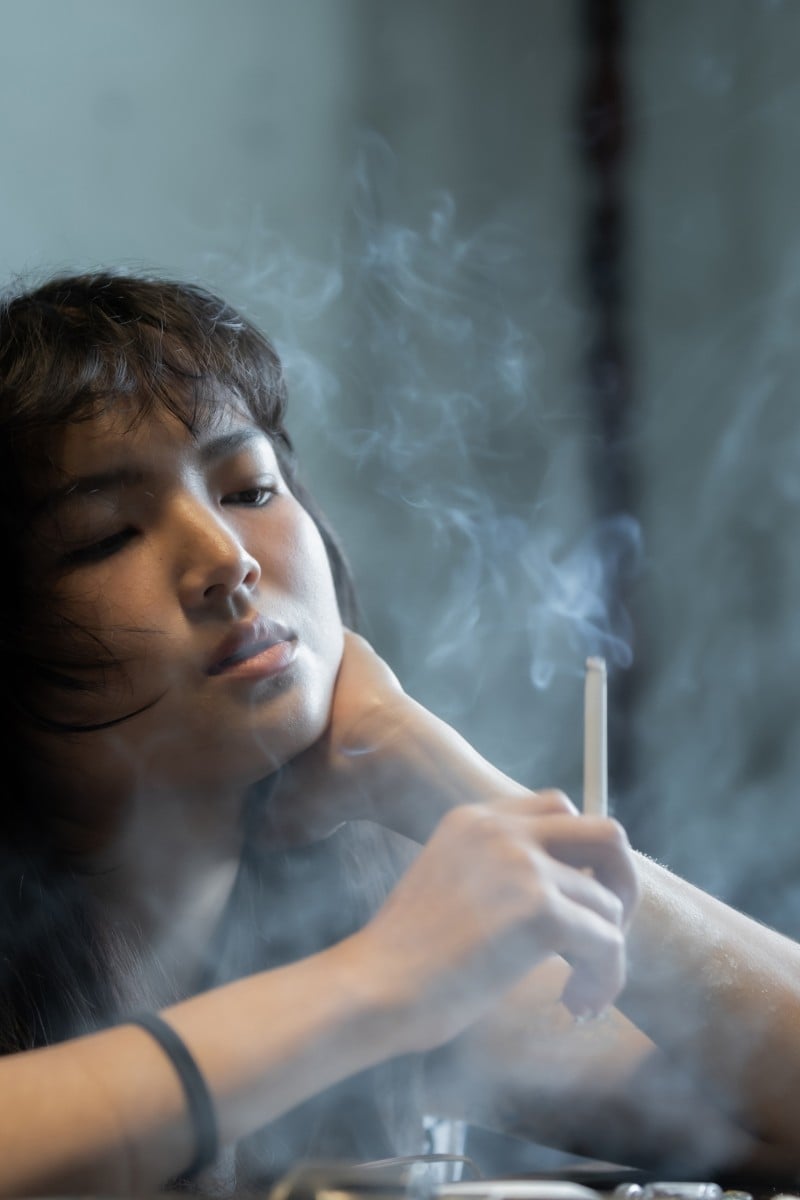 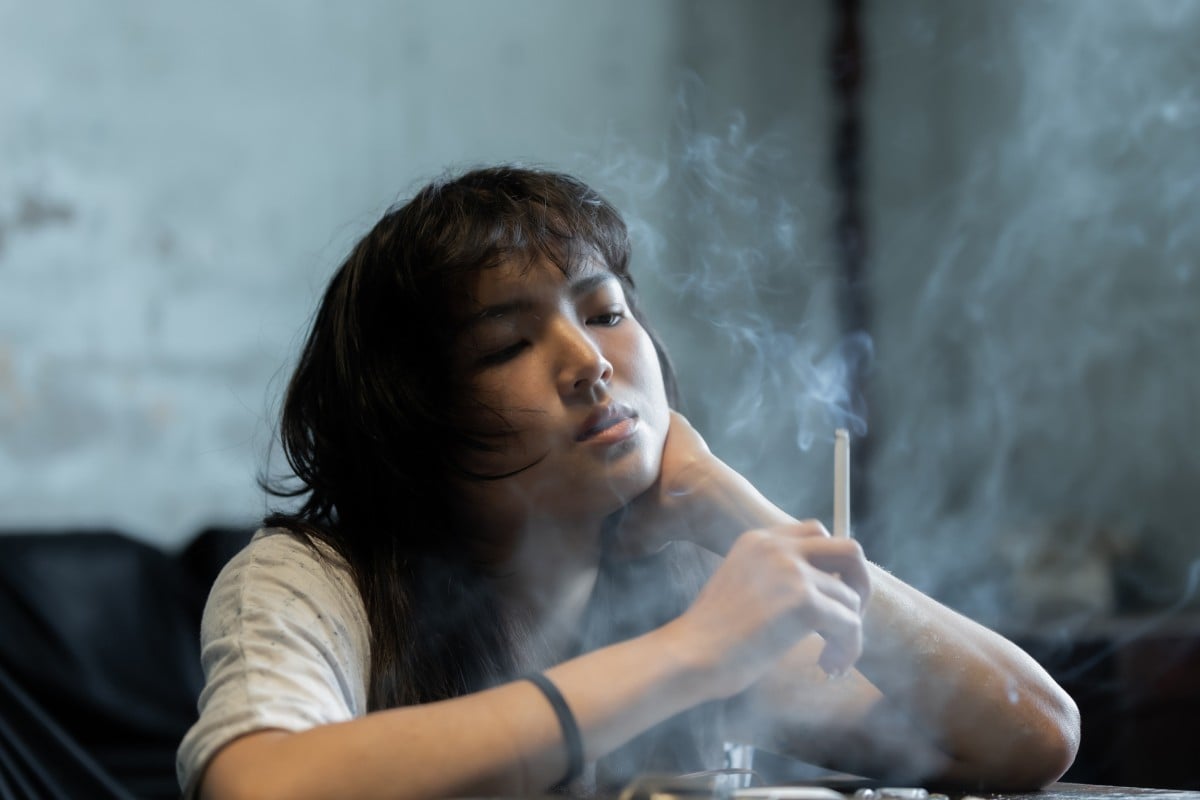 The percentage of residents who smoked fell to 9.5 per cent in 2021, down from 10.2 per cent in 2019, according to a government household survey from last August. This is the first time this rate has fallen below double digits.

Hong Kong has a target to bring the number of smokers down to 7.8 per cent of the population by 2025. The goal is to eventually lower that number to 5 per cent.

The fall in smokers comes at the same time as new highs for Hongkongers’ average life expectancy at birth. In 2020, it was 82.7 years for men and 88.1 years for women.

A study was published in The Lancet Public Health journal last November and conducted by seven universities, including the University of Hong Kong (HKU). It looked at 40 years of life expectancy data from Hong Kong, dating from 1960.

The Hong Kong government is mulling a tax rise that would mean a pack of cigarettes currently priced at HK$60 would rise to about HK$100. Photo: Jelly Tse

The key factor for the higher life expectancy, researchers said, was the low prevalence of smoking among Hongkongers. Tobacco use is the most important cause of premature death.

“By contrast with other high-income regions, Hong Kong has achieved one of the lowest overall smoking prevalences in the world,” it said.

Lam Tai-hing credits the 2007 smoking ban in all indoor areas of workplaces and public places for this. He is the chair professor of community medicine at HKU. A series of tax rises on cigarettes in the 2000s also helped more Hongkongers to stop smoking and live longer, he said.

The Hong Kong Council on Smoking and Health stressed there was no safe and healthy form of tobacco. Henry Tong, the council chairman, added that quitting smoking strengthened a person’s lungs and immune health, and protected the health of those around them.

Secretary for Health Lo Chung-mau has confirmed that banning tobacco sales for future generations will be on the table in a government bid to reduce youth smoking.

Hong Kong residents born in 2009 or after should be banned from buying cigarettes by 2027, government advisers have proposed. It would mean that when this group of residents reaches 18 years old in 2027 or later, they will not be allowed to buy tobacco products.

“We should not let our guard down despite Hong Kong having one of the world’s lowest smoking rates ... let our new generations no longer be tempted and harmed by tobacco products,” Lo said at an event to mark the 40th anniversary of tobacco control in the city earlier this month.

New Zealand has adopted the same approach Hong Kong is considering – banning anyone born in 2008 or after from purchasing cigarettes. Photo: Sam Tsang

Without elaborating on how it would enforce such a plan, Lo said the government would look at the experience of other places in stopping young people from taking up the habit and move towards a “smoke-free Hong Kong”.

“It can help achieve the ‘tobacco endgame’,” said Council on Smoking and Health chairman Henry Tong.

Other measures proposed by the statutory body included doubling the current tobacco tax by 2023-24, which means a pack of cigarettes currently priced at HK$60 would rise to around HK$100.

“It is the most effective way to achieve the government’s key performance indicator,” the council’s executive director Vienna Lai Wai-yin said.

The council said the tax should be further raised in the following two years, so a pack of cigarettes would cost HK$200 by 2025-26. Lai said she hoped the long-awaited tax rise would increase incentives for quitting smoking since the last time the government raised the tobacco tax by 11.8 per cent was in 2014.

Why e-cigarettes may do more harm to your lungs

Issue: Proposal for stricter ban on cigarettes sparks concerns over freedom of choice, impact on the poor

Hong Kong is considering drastic measures to reduce its number of cigarette smokers, while critics argue this could discriminate against the poor and deprive adults of their freedom of choice.

Earlier this month, the Council on Smoking and Health proposed the idea of creating a “smoke-free generation” by the end of the five-year term of the new administration. Proposed measures include a tax rise and banning tobacco sales for those born in 2009 or after.

“I agree with a reasonable tax increase by following the inflation rate, or else [the frozen tax] will sound like encouraging smoking. But if the increase deviates too much, it is discrimination against the poor as the rich will not be affected,” said Lawmaker Shiu Ka-fai, of the pro-business Liberal Party.

The Long-term Tobacco Policy Concern Group, which is formed by smokers, said they opposed the tax increase as smokers might seek black-market cigarettes instead of quitting the habit, adding that it would impact the city’s economic recovery.

At present, Hong Kong law prohibits the sale of smoking products to anyone under the age of 18. Photo: Shutterstock

Shiu stressed that a total ban on those born after a specific year would be too “extreme” a measure and would limit people’s freedom of choice.

“It is true that the underage should not smoke cigarettes, but adults should have the freedom of choice instead of having the government make the decision for them,” he said.

Although he disagreed with the idea of creating a “smoke-free generation”, the lawmaker representing the wholesale and retail sector said he would not oppose raising the legal age for buying cigarettes.

“Some countries also make it 21 years old. In this sense, I have no opposition,” Shiu said. At present, Hong Kong law prohibits the sale of smoking products to anyone under the age of 18. Taiwan recently raised the legal age from 18 to 20. In Singapore and the United States, the limit is 21 years.

also called an e-cig or vape. It is an electronic device that allows users to breathe in nicotine – an addictive drug in tobacco – using vapour rather than smoke.

the number of years a person can expect to live. Hong Kong’s life expectancy is longer than most high-income regions with 83.2 years for men and 87.9 years for women in 2021.

the plan to create a young generation that has no smokers. Hong Kong aims to achieve this by phasing out tobacco sales to people born after a specified date.

aims to reduce the uptake of smoking among non-smokers and increase successful quitting among smokers. Hong Kong’s Smoking (Public Health) Ordinance was first enacted in 1982 with several amendments after. The city has banned smoking in indoor areas of workplaces and public places, and authorities regulate the sale of tobacco products. Tobacco advertisements in any publication are prohibited. Selling alternative smoking products, such as e-cigarettes, herbal cigarettes, or heated tobacco products, has been banned since April.

the final stage of Hong Kong’s plan to completely eliminate tobacco consumption. In Chief Executive John Lee Ka-chiu’s maiden policy address last month, he set a target to reduce the smoking rate to 7.8 per cent by 2025. This aims to phase out tobacco products and strengthen relevant policies to end the tobacco epidemic.