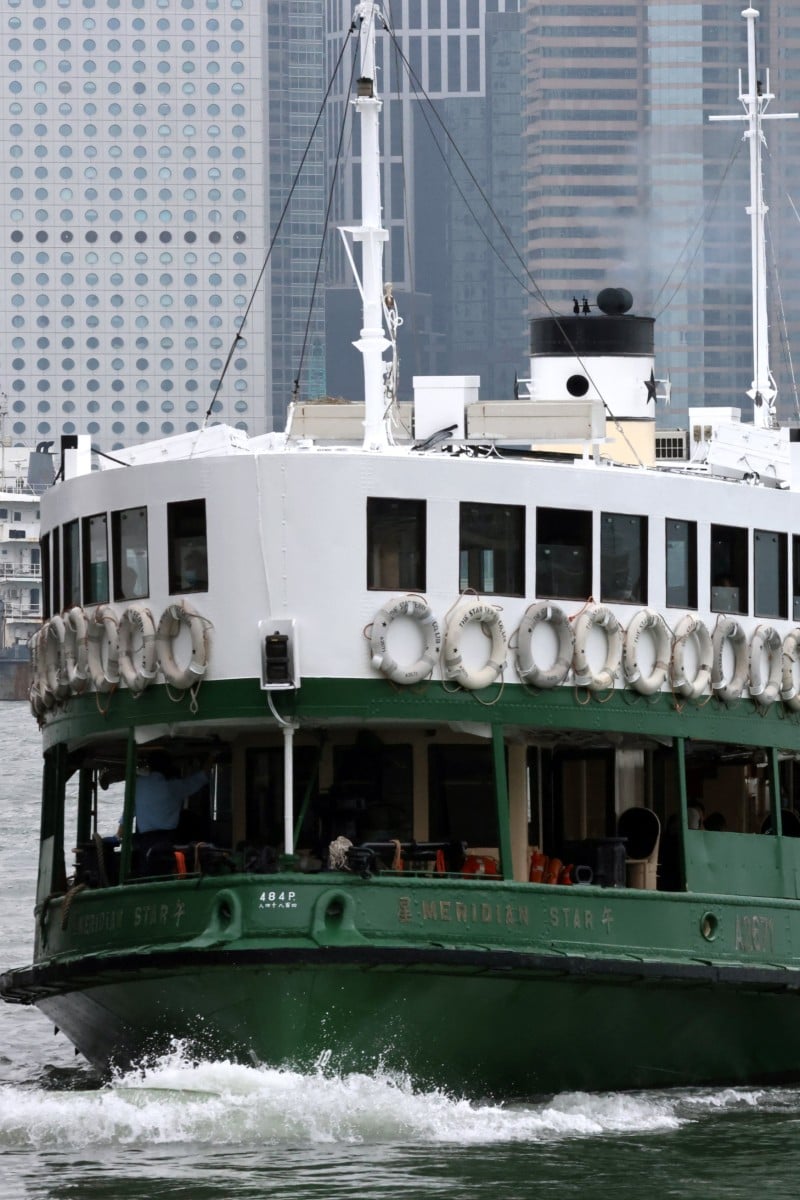 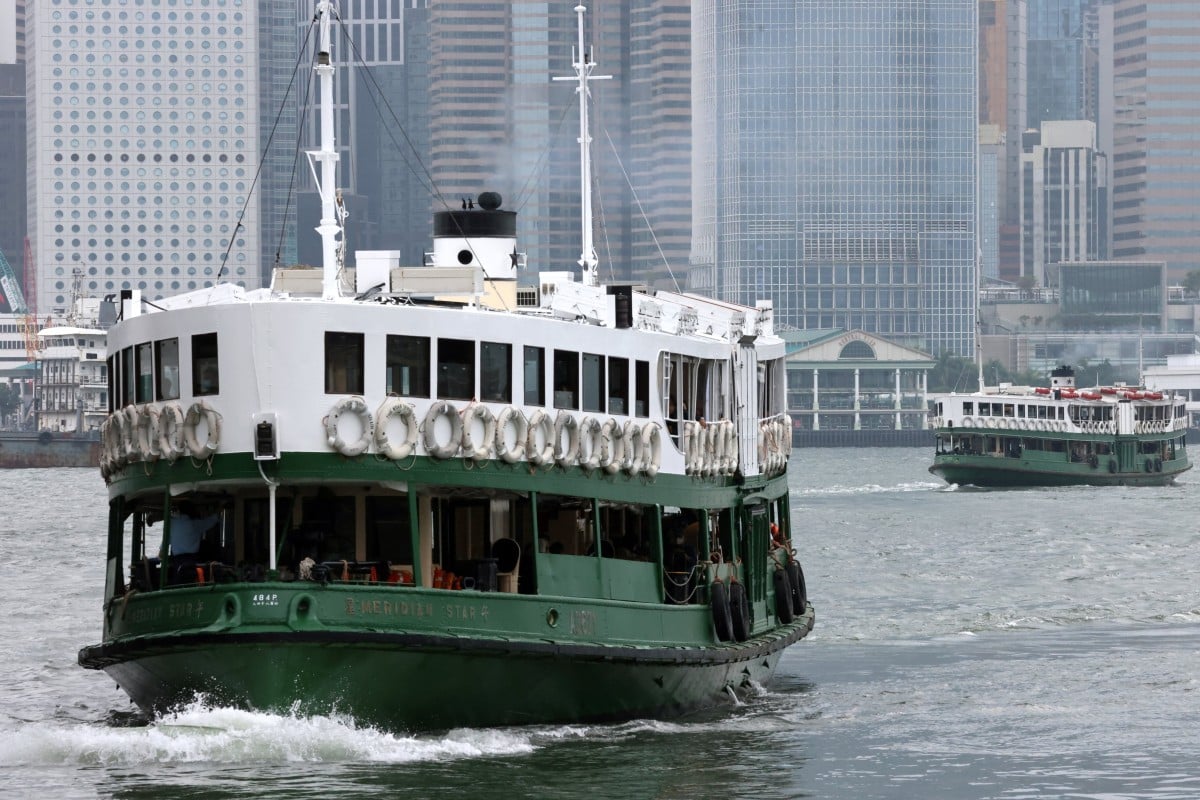 Hong Kong’s famous Star Ferry has asked the government for permission to raise fares for both of its routes. Photo: K.Y. Cheng

Hot Topics takes an issue from the news and allows you to analyse different viewpoints on the subject. Our questions encourage you to examine the topic in-depth. Scroll to the bottom of the page for sample answers.

Hong Kong’s Star Ferry service last month asked to double fares on two routes across Victoria Harbour. This is happening as its passenger numbers and income fall and it faces tough competition from other transport operators.

The fare application was revealed in a paper submitted by the Transport and Logistics Bureau to the legislature on November 21. Among other increases, the company wants to raise adult upper-deck fares on the Central-Tsim Sha Tsui route from HK$3.20 to HK$6.40 on weekdays and from HK$4.20 to HK$8.40 on weekends and holidays.

The ferry service also said it wanted to stop its 20-year tradition of free trips for elderly people.

In recent months, the city has relaxed its tough travel restrictions, but it is still unclear if visitors – which the company relies on – will return to the city. The paper submitted to the government was not hopeful that Star Ferry’s passenger numbers would increase in the future. The government explained that the company faced competition from other public transport services, as well as changes in people’s work and travel patterns.

Legislator Ben Chan Han-pan is from the Democratic Alliance for the Betterment and Progress of Hong Kong. Chan added that the proposed increases could hurt rather than help the service.

“I worry the fare increase may lead to a decrease in patronage as it will have a similar price to the railway company and the loss might outweigh the gain,” he said. He added the adult railway ticket price from Wan Chai or Central to Tsim Sha Tsui was around HK$10 and the ferry’s proposed fare increase should be no more than HK$2.

Hong Kong stories: the men who built the tram and ferry services we use every day

Hong Kong’s Star Ferry has gone overboard with a proposal to double its fares, transport authorities have said, promising the final increase would account for the company’s financial difficulties and the public’s willingness to absorb another price rise.

Deputy Secretary for Transport and Logistics Amy Wong Pui-man made the pledge last month to lawmakers, who called the requested price increase “shockingly high” and urged the government to look into how the company’s piers could be rejuvenated to boost their business.

“What we gather from the lawmakers is that Star Ferry has a valid reason to ask for fare increases, but asking to double fares is way too much,” Wong told the transport panel members.

“We also think that the proposed fare rises are high, and we’ll balance different factors, such as public acceptance, before deciding on the final fare rises.”

Wong said the government would come up with a revised proposal for the Executive Council’s approval after taking into account lawmakers’ opinions and consulting the Transport Advisory Committee.

Various lawmakers have called on the government to curb the price rises, saying the latest proposals are likely to drive away the public and threaten the ferry’s survival. But they all agreed the Star Ferry was an iconic tourist attraction, and the government needed to think of ways to diversify its revenue.

“It seems that the Star Ferry is now drinking poison to quench a thirst by asking for the high fare rise to ease its financial difficulties,” said legislator Chan Hok-fung of the Democratic Alliance for the Betterment and Progress of Hong Kong. “But there will be a higher chance that it will push itself to a dead end as passengers will look for alternative transport means.”

Tourism lawmaker Perry Yiu Pak-leung agreed: “Even if Star Ferry doubles its fares, it is difficult to be sustainable. The government should develop Star Ferry as a cultural tourism attraction to boost the firm’s vibrant growth.”

Issue: Hong Kong bus firms apply to bump up fares by as much as 20 per cent, blaming increased operating costs and falling passenger numbers

The Star Ferry fare changes are among a flurry of transport price increases on the cards for Hongkongers. The Transport and Logistics Bureau last month said the city’s franchised bus firms applied for the fare rise earlier this year, with the increases sought ranging from 10 per cent to 20 per cent.

“We also believe there is an underlying need to review the current public transport fare levels to ensure financial sustainability of the franchised bus services, such that we can continue to provide high-quality, essential bus services to the public,” she said.

The bureau said several factors would be taken into account, including the bus firms’ operating costs, estimated returns and profits, fare affordability and service quality and quantity.

Quentin Cheng Hin-kei, a spokesman for commuter concern group the Public Transport Research Team, said the timing of the applications was unfortunate, but it was understandable the firms sought hefty fare increases due to the huge losses they suffered during the pandemic.

“Usually bus firms need to wait for a long period of time before they can introduce fare rises ... But the applications have been made at the wrong time when everybody is still being hard hit by the pandemic, especially the lower income groups,” he said.

Cheng suggested the government introduce some one-off relief aid to bus firms in exchange for a lower fare rise. “If the bus firms are allowed to drastically increase fares, people will flock to the MTR instead which will create another vicious cycle for the transport industry,” he said.

visiting destinations to experience and learn about the customs and way of life there. This can include activities such as attending local festivals, visiting museums and tasting local food and drinks.

refers to private companies granted permission from the government to operate buses with fixed paths, fares and schedules

Citybus and New World First Bus received approval in 2021 to increase fares in two phases – by 8.5 per cent in April 2021 and a further 3.2 per cent on January 2. KMB also raised fares by 5.8 per cent and New Lantao Bus charged its passengers 9.8 per cent more, both effective from last April.

refers to the company’s application to the government to raise prices. In addition to the doubled adult upper-deck fares, lower-deck fares on the Central-Tsim Sha Tsui route would be increased to HK$5.20 on weekdays and HK$7.20 on weekends and holidays. For the Wan Chai-Tsim Sha Tsui route, adult fares would be doubled to HK$6.40 on weekdays and HK$8.40 on weekends and holidays. Depending on the travel date, route and deck, children would be charged HK$3.60 to HK$5 a trip. The company also asked to double the fare for its monthly ticket to HK$320 and the rate for a tourist ticket to HK$64. The elderly will no longer be able to travel for free, but the company will apply to join the HK$2 flat fare discounted public transport scheme for the elderly and disabled, which was launched in 2012 and covers MTR lines, buses, ferries and green minibuses.