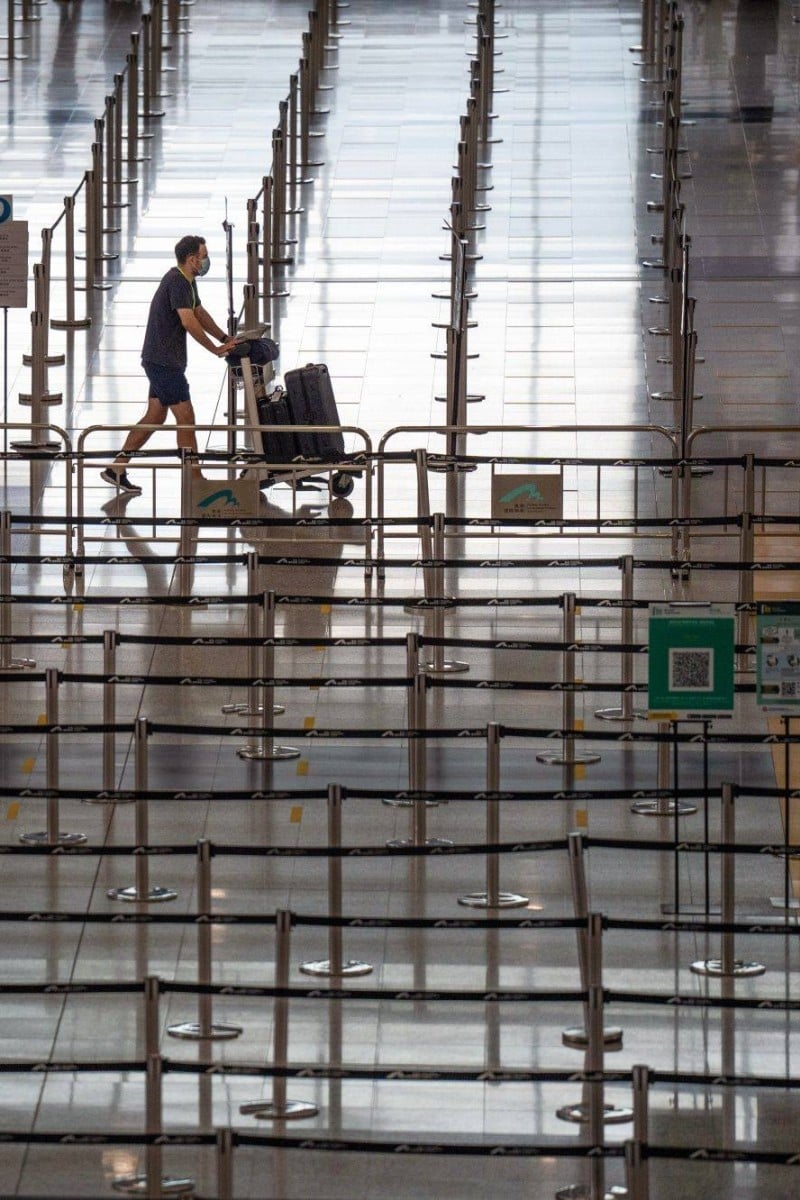 Coronavirus: why did Hong Kong suddenly decide to introduce ‘0+0’ scheme? 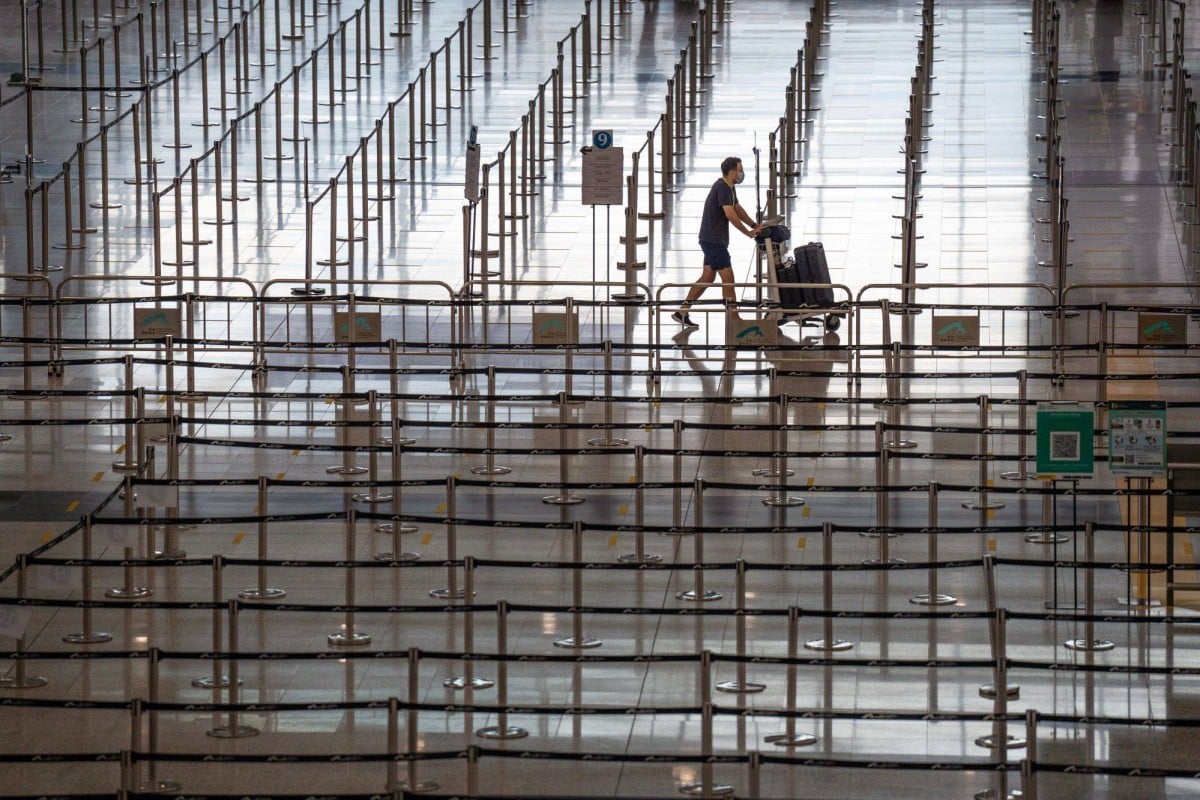 The decision by Hong Kong Chief Executive John Lee Ka-chiu to lift almost all travel restrictions for incoming arrivals was undertaken without going through the city’s key decision-making body and top health experts, the SCMP has learned.

He acted as soon as Beijing gave him the green light, sources said, in explaining the sudden shift towards the new “0+0” entry regime for arrivals announced on Tuesday.

Lee made the announcement and later health minister Lo Chung-mau and officials unveiled details of how visitors to Hong Kong could now move about freely in the city if they tested negative for Covid-19.

Residents would also no longer be required to use the “Leave Home Safe” risk-exposure app, but proof of vaccination would need to be shown for entry to certain premises, including restaurants and bars.

And yet, just two days before the announcement Lo had insisted both the app and the vaccine pass scheme should still be kept in place as they had played an important role in controlling the pandemic. He also said that the chance of a further reopening of the city’s border with mainland China before Lunar New Year next month was unlikely.

Lo on Wednesday dismissed suggestions the government had made a “U-turn”, saying authorities were just “cancelling” the app’s tracking function, and residents could still use it to show their vaccination records.

The apparent discrepancy in the messaging from authorities was also defended by insiders, with one government source saying Lo was all along the one who had supported more relaxation based on scientific data, when the city moved from “3+4” to “0+3”, referring to the days of quarantine and medical surveillance.

“Lo might have done not so well in presenting himself, and he was also concerned about the coping ability of the healthcare system,” the source said. “He supported the latest move with figures showing signs of easing of the current wave.”

The source added that the chief executive had received lists of recommendations on what could be relaxed, but he had to decide when would be the right time to lift curbs, and Beijing’s easing of rules provided the best opportunity.

As part of the mainland’s major shift away from its Covid-zero policy last week, infected patients with mild or no symptoms can isolate at home for five days instead of spending a week at a centralised government facility.

Residents there no longer need to present a green health code, previously issued to users with negative polymerase chain reaction (PCR) test results, when entering public places, except hospitals, schools and care homes for the elderly.

“He must have received the green light from the central government,” the source said, recalling that just a month ago Lee had urged residents to forget about the “0+0” quarantine-free scheme, as authorities would focus on optimising the “0+3” regime to offer the most convenience in the city.

Hongkongers will no longer have to scan the “Leave Home Safe” app. Photo: May Tse

Another government insider said part of the reason that the health minister defended the “Leave Home Safe” app was probably because he was concerned that publicly supporting the “scrapping” of the tool before policies changed would give the wrong impression that authorities no longer supported vaccination, especially since a large portion of the population had taken the jabs to fulfil requirements.

The insider also said big issues that affected the whole population would normally involve suggestions from different departments and then be determined by the chief executive, as the “big boss makes the decisions”.

After Lee took office as the city leader in July, he set up the Command and Coordination Group with the health minister serving as a director responsible for recommending anti-epidemic proposals and measures.

Overseen by Lee, the group aims to “cope with the evolving epidemic situation and effectively coordinate the anti-epidemic efforts cutting across different policy bureaus”.

One government health expert confirmed that the group was not consulted beforehand, while two members in the Executive Council, Lee’s de facto cabinet, revealed to the SCMP that the body had not discussed the latest relaxations as the secretary for health was delegated with making any policy changes to let the government have as much leeway as it needed.

The two Exco members said they were quite certain that the blessing of the central government and the recent easing of measures across the border had played a key role in Lee’s decision-making process.

“These proposals are all along on the table, but how far could they be implemented is a political decision made by the chief executive,” one of the members said, adding that the government must have considered the mainland’s move to ease restrictions and followed suit.

Two members of the Executive Council said they believed Lee eased some of Hong Kong’s Covid measures with the blessing of the central government. Photo: Jelly Tse

“We cannot rule out ‘national elements’ when introducing any further relaxations. Hong Kong cannot be spared under the country’s strategic consideration, especially when the city is now integrating into national development,” the member added.

The other member said: “The mainland has eased [some restrictions], how could Hong Kong not relax its own? Hong Kong has no reason to be more rigid than the mainland. When the mainland rapidly liberalises, Hong Kong should not fall behind. It is common sense.”

The second Exco member also said the tough stance or image adopted by Lo had contributed to him being embarrassed.

“I don’t like Lo adopting such a hardline stance, as once Beijing relaxed some restrictions, he would be very embarrassed. I think he should take a giant step forward,” the councillor said.

Despite Hong Kong introducing its lowest level of restrictions since the start of the pandemic, some have accused local authorities of moving too slowly compared with other international cities.

“With Beijing’s easing of rules, the government now has the flexibility to do more. Despite that, we might still be lagging behind other cities at the moment as some people have said. Authorities will work further on it,” the first government insider said.