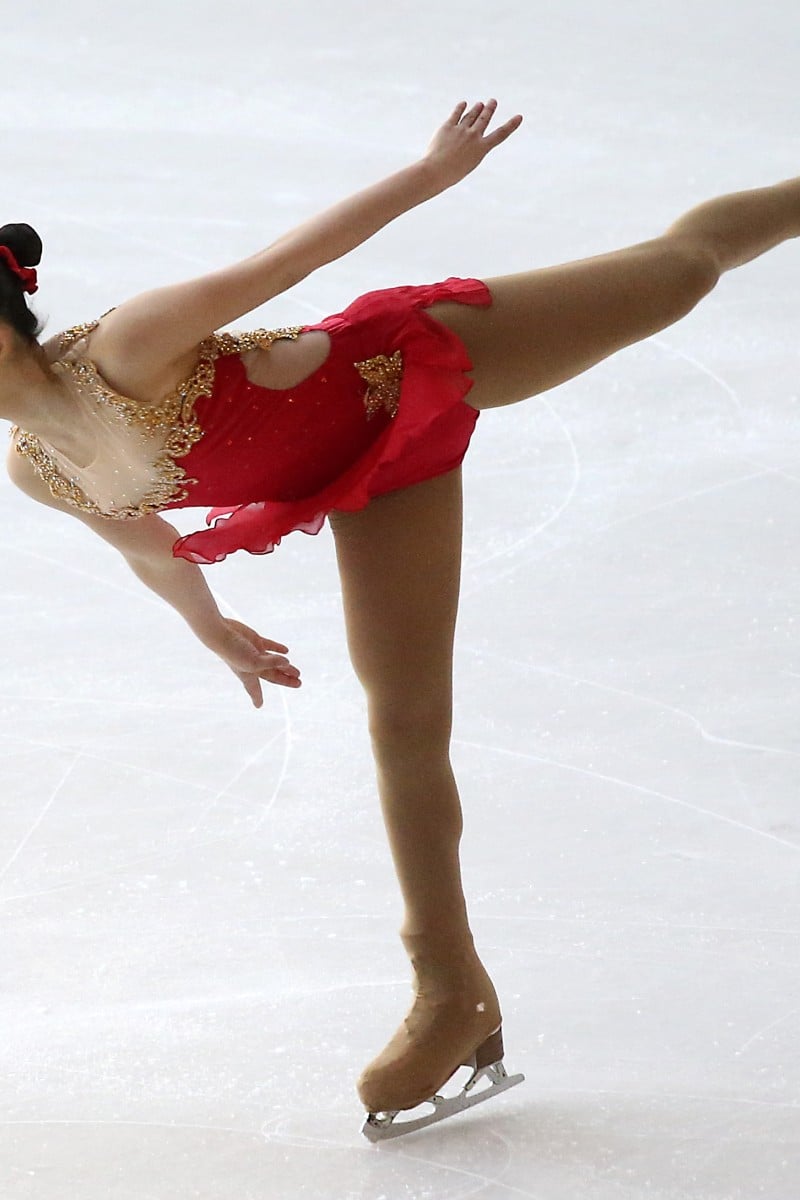 Maisy sees figure skating as a performance and a way to tell a story on ice.

You could be the most technically gifted figure skater in the world, but it doesn’t mean a thing if you’re missing that artistic flare. Thankfully, Maisy Ma Hiu-ching is a natural talent who mesmerises her audience every time she steps onto the ice.

She explains that figure skating is unlike any other sport, because there’s as much emphasis on delivery as much as technique.

“It’s about telling a story”, says Maisy, Hong Kong’s first female to win a medal at an international event. “It’s not just technical. It’s a performance. You have to love the sport and show it.”

The Hong Kong-born skater is already in the history books, and now, she’s preparing for the Olympic stage. Maisy is fresh off a 1st place domination at the 2017 Hong Kong Figure Skating Championships, heading to the US for her high school graduation, the proud owner of a gold medal.

Finishing school is not the only milestone on the 17-year-old’s mind, however, as she sets her sights on September’s 2018 Winter Olympic qualifiers in Germany. “There are usually around 30 spots available,” she explains. “Some big [figure skating] countries already have their spots, so Hong Kong and lesser known countries are fighting for the last five or six sports. It’s limited, so the pressure is on.”

This is Maisy’s second senior season in figure skating, and she is finally hitting her stride. “This is a critical season for me,” explains Maisy. “The biggest challenge is avoiding injuries. I had an ankle injury last year and had to cancel some events. I had to get used to not competing and trying to recover.”

Maisy aims to impress the judges in the short programme section with a unique rendition of classical Chinese song Ambush from Ten Sides.

“I wanted to show my culture in my performance, so we’ve picked a traditional Chinese song but given it a modern twist,” she says.

As for the long programme, she’s keeping her cards close to her chest: “I’m working on something with my choreographers.”

There isn’t much support for figure skating in Hong Kong, but Maisy is on a mission to change this. “Figure skating is not a hot sport here, so we want to bring better results to increase its popularity,” she says.

And local fans are going crazy for Maisy, after she won gold at the Hong Kong Championships, silver at the 2016 Reykjavik International Games, and had respectable outings in her three International Skating Union championships so far.

“I’m very happy to represent and compete for Hong Kong,” she says, adding that she wants to be a role model for future skaters from the city.

It’s a responsibility that will take dedication and resilience – two traits Maisy has plenty of.

Nicole Chan balances to be a top figure skater

And while she has a lot on her plate, she’s certain she can handle it all. “Having a balance between sports and school is important, but I’ve been a full-time student as well as a professional athlete for my entire career,” she says. “Obviously, 2018 [Pyeongchang Olympics] is the goal now. I feel confident and I’m working towards my goal, which is to qualify.”

Those Olympic dreams have been with Maisy ever since she became interested in figure skating at the age of five. The September qualifier is her first opportunity to make those dreams come true.

“I definitely feel this is my year, and to bring an Asian trophy to Hong Kong, my home, would be so special!”

What’s your favourite thing to do before a big event?

Have my headphones in and listen to upbeat music. It gets me pumped up for the competition.

If you could perform with a figure skater of your choice, who would it be?

Yuna Kim. Her performances tell beautiful stories. I had the honour of meeting her when I was a young flag bearer.

What Hong Kong food do you miss most when you’re competing abroad?

I get asked this question a lot! I MISS EVERYTHING, but if I had to choose, ma lai go [steamed sponge cake] and gai daan zai [egg waffle].