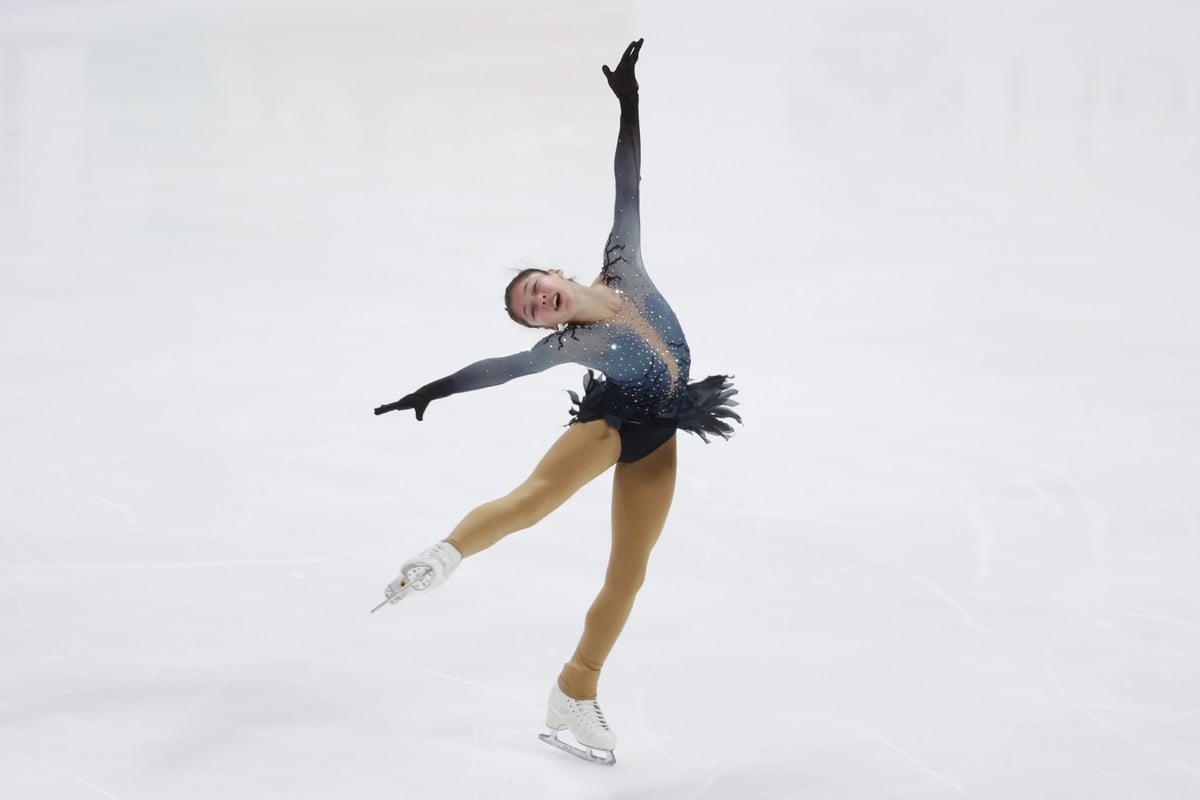 Alysa Liu became the first American woman to land a quad in competition when she hit her signature quadruple lutz during a dominant free skate to win the International Skating Union Junior Grand Prix on Saturday.

The 14-year-old phenom opened her programme in Lake Placid in the US state of New York, with the tough triple axel, then landed a triple lutz-triple toe combination and a sequence that included a triple lutz and a triple salchow. The result was a free skate score of 80.14, nearly 14 points clear of second place.

“It’s a good learning experience since it’s only my first junior Grand Prix and one of my first big competitions this season,” said Alysa, who in January became the youngest US women’s figure skating champion in history. “I’m just trying to keep learning from this.”

Alysa landed the quad lutz during the recent Aurora Games – a sports and entertainment festival – that were also held in New York, but it wasn’t an official event. The jump she landed on Saturday will go down in history as a breakthrough for American skaters.

In fact, the sprightly Alysa has the ability to land several different quads, but she chose the lutz for competition because she figure her triple lutz is easier than her other triples.

“For me, my triple salchow is harder than the lutz,” she explained, “so I figure since my triple lutz is my favourite jump and easiest for me to do, I might as well try the quad lutz.”

It wasn’t a perfect skate for Alysa, who is already being tagged as a favourite at the Beijing Winter Olympics in 2022. She fell on the second of her two triple axel attempts, and she didn’t produce a clear edge when she landed a triple flip near the end of her free skate.

Still, she was good enough to end Russia’s streak of 20 consecutive Junior Grand Prix women’s titles dating to 2016. The last American to win an event on the circuit was Polina Edmunds in 2013.

“I love my programme a lot. I love both of my programmes,” Alysa said. “I think I just need to get used to the [free skate] more and practise it more so I can get better.”

How much better can she get? There is plenty of time to find out.

Alysa can’t compete at the senior level until the next Olympic season because of her age, which means plenty of chances to refine her spins and footwork while honing her myriad of jumps.

She will be skating in another Junior Grand Prix in Poland next month.

“My favourite things to practise are probably my jumps,” Alysa admitted. “I don’t really have a least favourite. I kind of like all of it. But I especially like the jumps.” It shows.