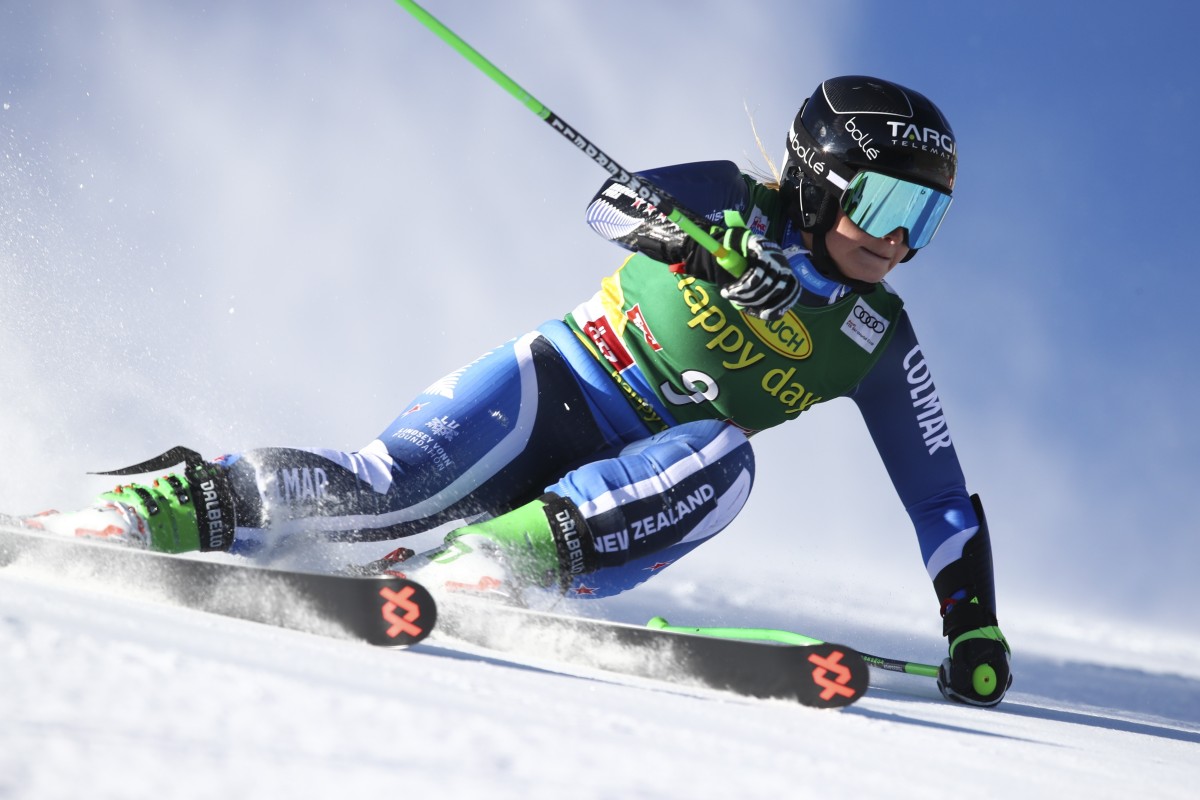 New Zealand teenager Alice Robinson, one of the biggest hopefuls in alpine skiing, kicked off this year’s winter sports season on Saturday with her first World Cup victory.

“It’s going to take a while to sink in,” 17-year-old Alice said. She flew back to New Zealand on Monday to graduate from secondary school this week.

Alice, who won the junior world title in the grand slalom in February, finished runner-up to Shiffrin in the season-closing World Cup Finals in Sweden the following month. Last Saturday’s result proved this achievement had been no fluke.

“I think I proved that wasn’t a one-off so I am happy with that,” said Alice, who had been hoping her first victory would come soon.

Alice made a favourable time compared to other Olympic level skiers.
Photo: AFP

Alice, who trailed Shiffrin by 0.14 seconds after the opening run, was one-fifth of a second faster than the American in the final run. She won her first World Cup race in only her 11th event.

“It’s nice to start off quite well, but I’ve just got to keep building and hopefully keep it up,” said Alice, who plans to start in her first World Cup speed event at a super-G – a slalom race that is faster and has wider turns than a giant slalom – in Switzerland in December.

Alice positioned herself for a possible triumph when she became the only racer to stay close to Shiffrin in the opening run.

She lost only 0.14 seconds on the Olympic giant slalom champion, while pre-race favourites like Federica Brignone, Tessa Worley and Viktoria Rebensburg were at least 0.86 seconds behind the lead.

“I was a little bit nervous but I tried to keep myself calm, just trying to enjoy it all,” Alice said about her second run.

Shiffrin was full of praise for her rival, who was also 17 when she won her first World Cup race, back in 2011.

“You could see it last year that Alice is going to be really strong,” Shiffrin said.