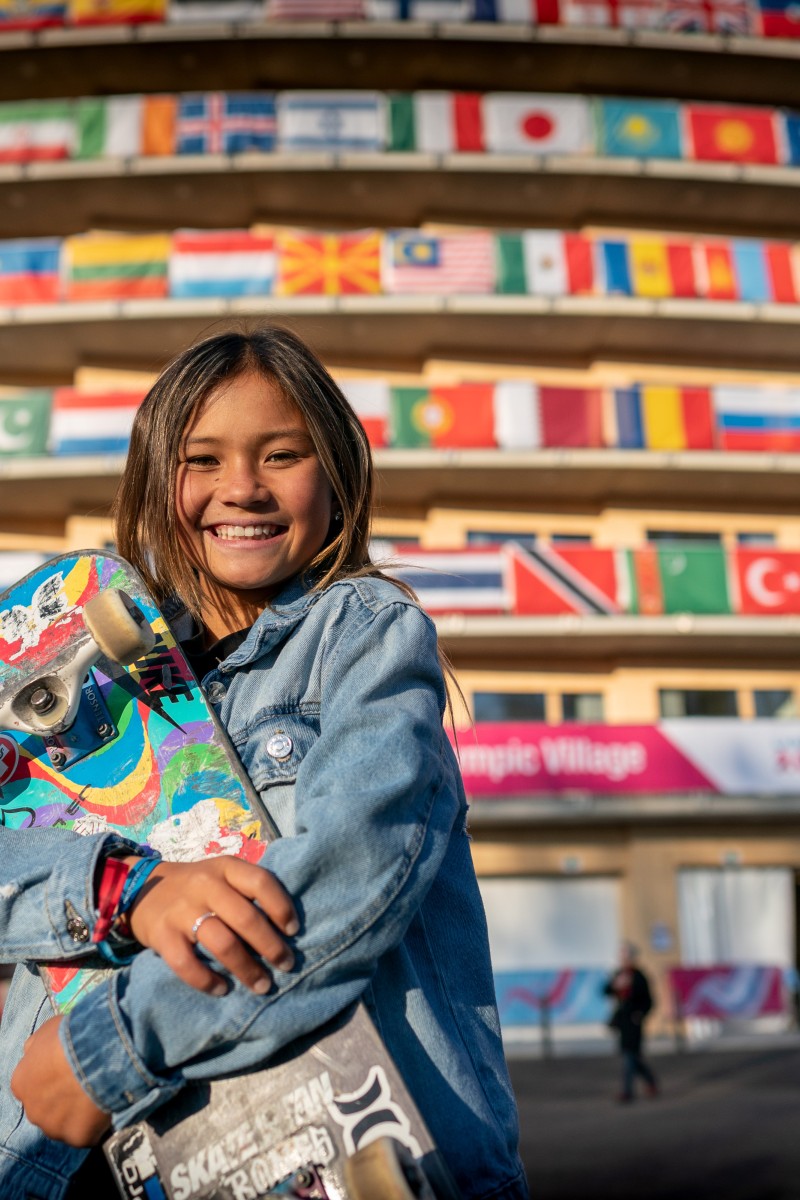 Sky Brown, 11, is a skateboarding prodigy and hopes to represent Britain at the 2020 Tokyo Olympics.

British Olympic hopeful Sky Brown, 11, fractured her skill and broke multiple bones in her left hand after a horrific fall from a ramp while training in California. She is hoping to become Britain’s youngest ever Olympian next year at the postponed Tokyo 2020 games.

Brown posted a video of the accident on Instagram but reassured supporters she was fine.

“I don’t usually post my falls or talk about them ... but this was my worst fall. I just want everyone to know that it’s ok, don’t worry, I’m ok,” she said.

“I’m going to push boundaries for girls with my skating and surfing. I’m going for gold in 2021 and nothing will stop me.”

The BBC reported that Brown was taken to hospital by helicopter and was unresponsive on arrival.

“Sky landed head-first off a ramp on her hand,” her father Stewart was quoted as saying by the BBC.

“When she first came to hospital, everyone was fearful for her life ... Sky had the gnarliest fall she’s ever had and is lucky to be alive... (she) remains positive and strong, the whole medical team is shocked to see her positivity.”

At the 2021 Tokyo Games, Brown is hoping to eclipse the record set by swimmer Margery Hinton, who was 13 years and 43 days old when she competed at the 1928 Olympics in Amsterdam.

Brown, whose mother is Japanese and father British, is also an accomplished surfer with a brother named Ocean.

Five sports, including skateboarding, surfing, karate, sport climbing and baseball, will feature in Tokyo as part of the International Olympic Committee’s revamp of the Games programme.