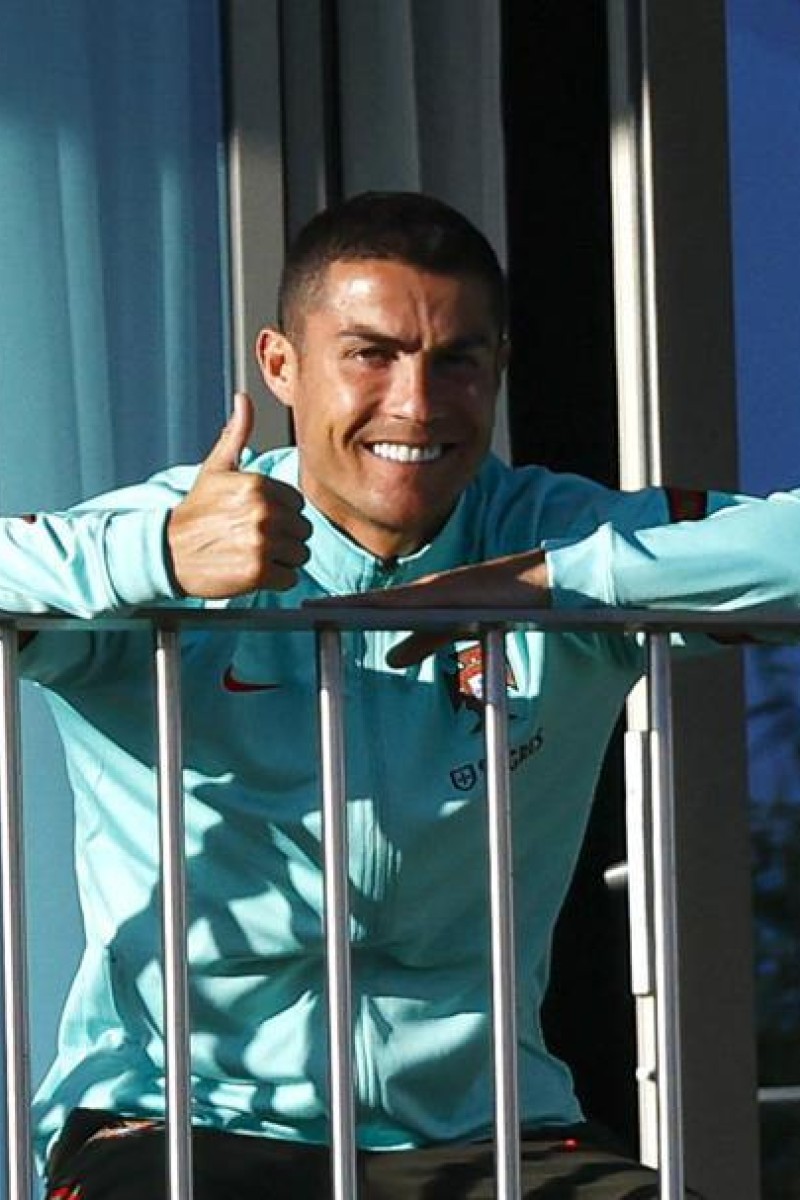 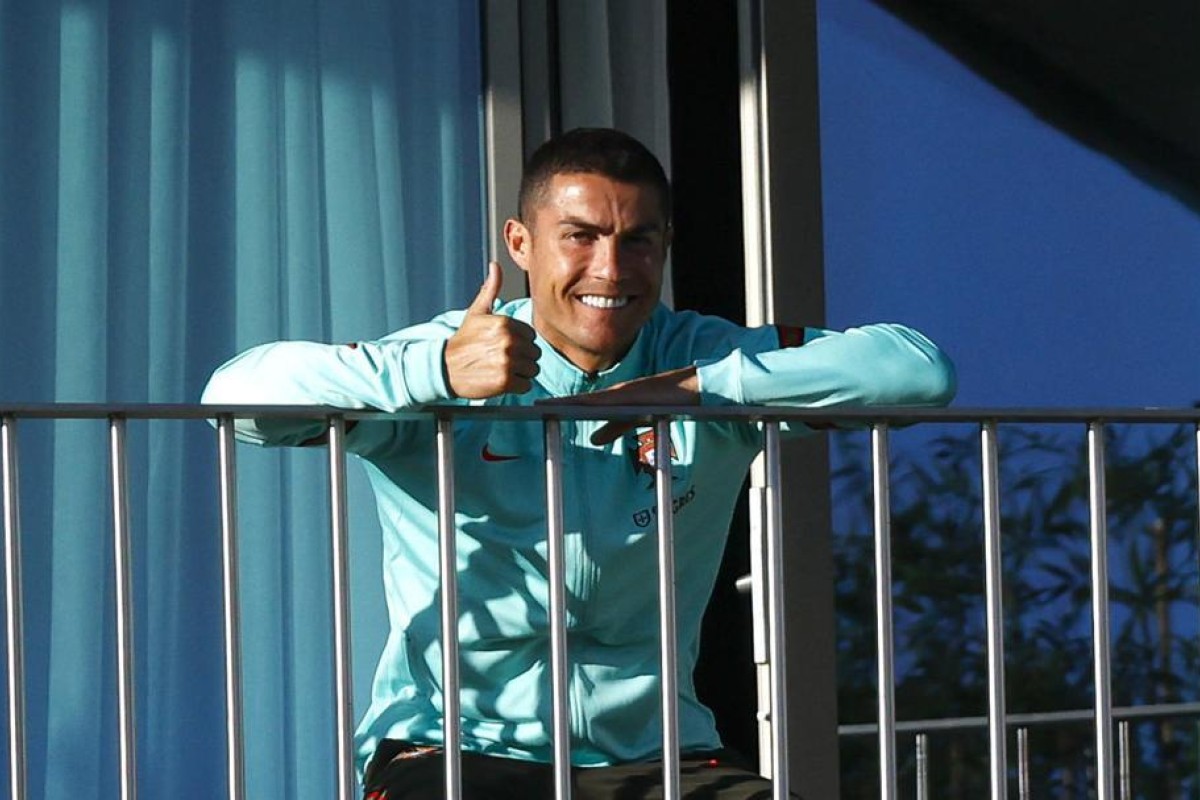 Cristiano Ronaldo gives the thumbs up while in isolation after testing positive for Covid-19. Photo: EPA

The Portuguese football federation said on Tuesday that Ronaldo was doing well and had no symptoms after he tested positive while with his country’s national team.

He was in isolation and was dropped from the country’s Nations League match against Sweden on Wednesday in Lisbon.

“Ronaldo is doing great. He is dealing very well with this,” Portugal coach Fernando Santos said. “He is asymptomatic, he has no problems. He doesn’t even know how this happened to him.”

On Monday, the Juventus forward posted a photo on Twitter and Instagram showing him and the rest of the Portugal squad having a meal together. The players were all close to each other at a table, with a smiling Ronaldo apparently taking the photo himself at the front end.

Photos published by Portuguese media showed Ronaldo on a balcony overlooking his teammates practising below on a field at the national team’s training centre. In one of the images, he was shown giving the thumbs-up sign.