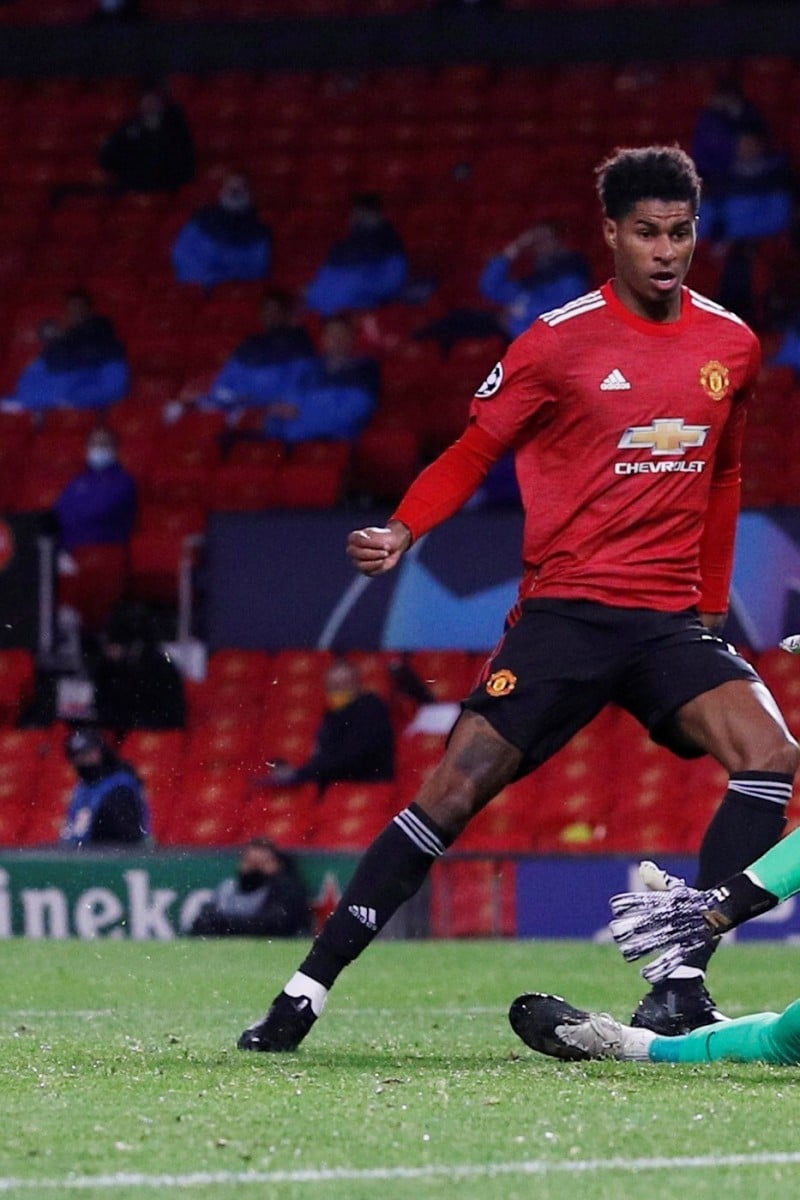 Universally lauded for his campaign against child poverty during the Covid-19 pandemic, young Manchester United superstar Marcus Rashford also showed he can really bring on the pitch in a Champion League game on Wednesday.

He came off the bench to score a hat trick in only 18 minutes in United’s 5-0 drubbing of Leipzig, handing the German league leaders – and Champions League semi-finalists last season – their worst defeat in their 11-year history.

Rashford’s third goal – completing his first hat trick for United – came along minutes later, anyway, with Martial setting him up to return the favour.

At the moment, Rashford can do little wrong, on and off the field.

Based on his experiences as a child growing up in the Manchester area, Rashford has been the inspiration behind a grassroots effort by restaurants, cafes and even some local governments across England to feed students during the current school break.

In June, Rashford successfully lobbied British Prime Minister Boris Johnson’s government to extend free school meals through the summer, something which proved a massive help to those families particularly affected by the coronavirus pandemic.

He is also delivering in his day job, moving onto eight goals for the season for club and country. Four of them have come in the Champions League, with Rashford having scored the late winner as United beat Paris Saint-Germain 2-1 last week.

That means the English team can look forward to a double-header with Istanbul Basaksehir either side of the upcoming international break, knowing two wins against the weakest side in Group H could allow the team to seal qualification for the knockout stage.

A change of shape by manager Ole Gunnar Solskjaer saw United switch to a diamond formation and it worked wonders against Leipzig at Old Trafford, with the recalled Paul Pogba surging through midfield from his spot in a centre-left position and setting up Mason Greenwood for a well-taken opening goal in the 21st minute.

Rashford and star playmaker Bruno Fernandes were left out of the team amid a busy period of games for United but linked up to great effect after coming on.

Rashford, a 63rd-minute arrival, ran onto a brilliant first-time pass from Fernandes and slotted home to make it 2-0 in the 74th. It needed the say-so of the video assistant referee, with replays showing Rashford was inside his own half when Fernandes released his pass.

The England forward’s quick feet saw him charge through Leipzig’s open defence and drive in his second goal in the 78th and, after Martial made it 4-0 from the penalty spot in the 87th, the France striker teed up Rashford to completed his hat trick in the second minute of injury time.

He became the first United player to score a hat trick as a substitute in a competitive match since Solskjaer himself in an 8-1 win over Nottingham Forest in the Premier League in 1999.

Rashford left the field with the match ball under his left arm. Back in the locker room, he was quickly back to campaigning.

“Can’t stop smiling, I’ve waited a long time for that,” Rashford wrote in a tweet, which included a link to his petition to expand access to free school meals.