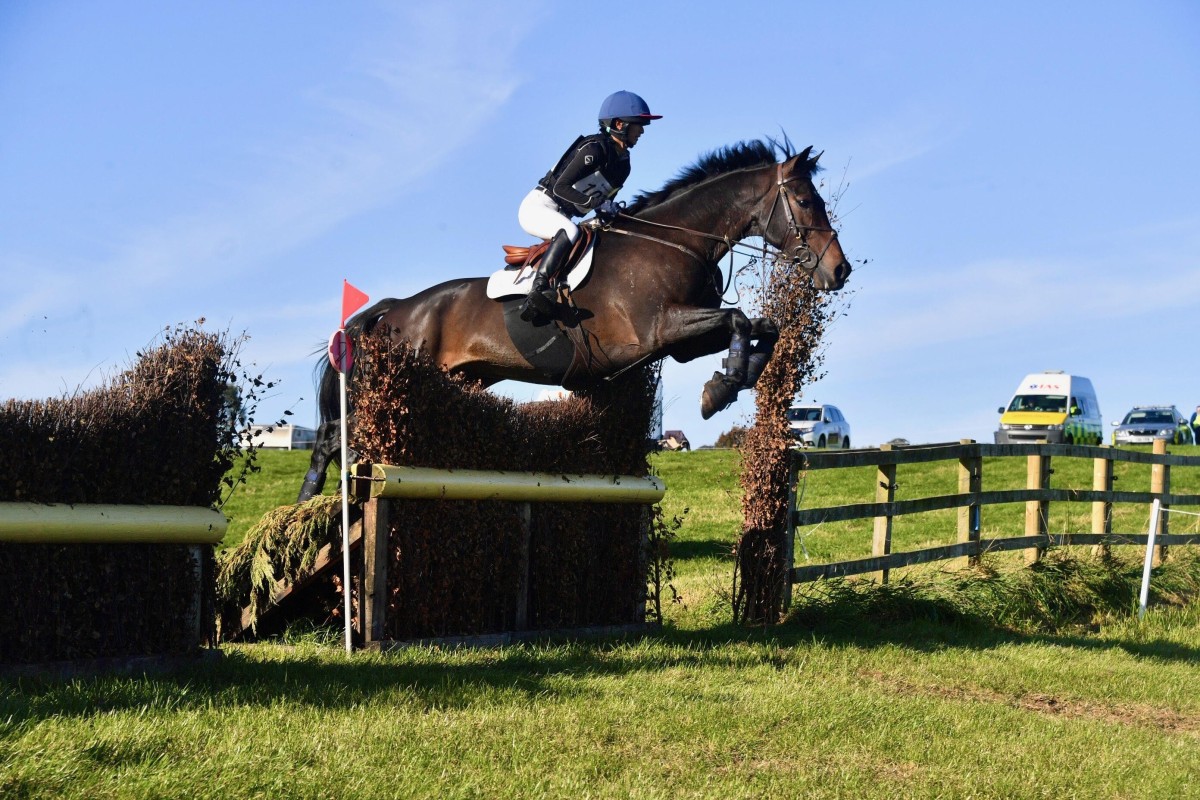 Right from the start, the Hong Kong rider knew she had a really good chance of winning. Her dressage score put her in the lead, and she knew that she needed a clear round in showjumping, and then finish cross-country without time faults to seal the deal.

That’s no easy feat, even for seasoned riders. But Hongkong’s Daniella Lin managed to pull it off at the Kelsall Hill BE100 Open in Cheshire, Britain, on September 27.

Daniella at the National Youth Games 2019 in Shanxi.

Daniella, 19, first sat on a horse when she was 11 years old, at a summer camp hosted by the Hong Kong Jockey Club. From that point, her enthusiasm for the sport grew, as did the competitive spirit within her. Eleven is considered a late start in equestrian sports.

“I begged my parents to let me have a few more lessons, and it just started from there,” she says.

You may think that horse-riding is an individual sport, but it’s not. “It’s just so special because you are actually in a partnership with a horse, with an animal that you can’t talk to. So you have to find another way to communicate,” she says.

On that recent autumn day in England, Daniella was in perfect harmony with eight-year-old A Sparkling Bellini, scoring 27.0 points to win first place.

The sweet and easy-going Bellini, Daniella says, is the best mount she has ever ridden.

“And I think the mentality of a horse gets you way farther than its talent. It’s a lot more difficult to express the talent when the horse has got a difficult attitude,” she explains. The way he responds when you ask him to take on a challenge is key, she says.

Daniella Lin knows winning at events is a partnership between her and her horse.

Daniella started her eventing career in Hong Kong. Most riders stick to dressage or showjumping. Eventing is not for the faint-hearted, with the cross-country phase comprising jumps especially designed to test the nerve, skill and experience of the both rider and their horse. Unlike hurdles in an arena, the cross-country obstacles do not collapse if a horse makes a mistake; they are more like everyday objects a rider might come across when riding across the countryside, such as piles of logs, steps and rivers. Falls can be fatal.

“Sometimes I do find cross-country quite scary, and if you want to become a top-level eventer, I feel like you can’t afford to have that fear in you, because that’s just going to cause accidents,” Daniella says.

In fact, it was a series of falls that almost made her give up the sport. She was feeling very comfortable on a nervy former racehorse known as Buddy, but before they were due to compete, he went lame. She then trained on another horse for a short period of time, but that did not go well.

“I kept falling off him and that just made me lose my confidence,” she says.

But she realised that she was still passionate about equestrianism and wanted to improve her skills.

“I really enjoyed eventing – an enjoyment I couldn’t find anywhere else,” Daniella says.

The former Renaissance College student is currently training at Queenholme Equestrian in Britain, hoping to become a professional and qualify for the 2022 Asian Games.