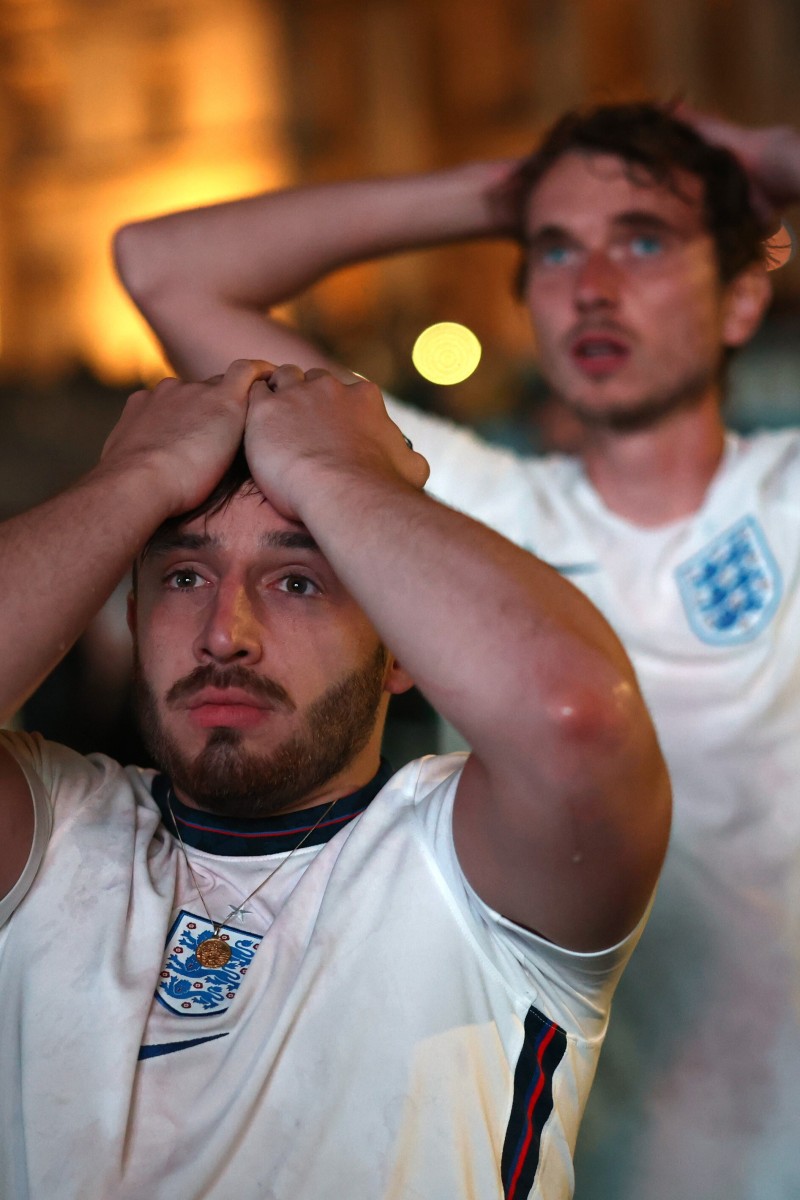 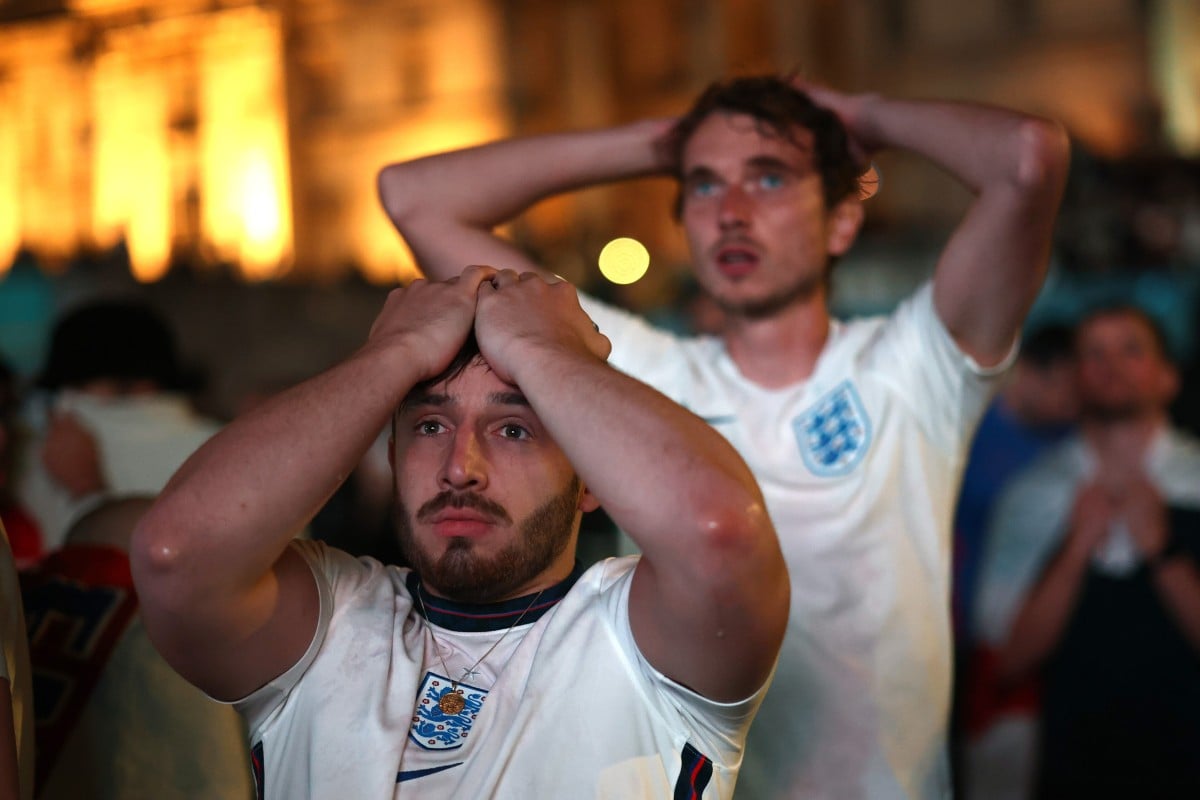 So close. It took just a few weeks to undo decades of pessimism for England fans, persuading millions that the team could defy decades of disappointment and win a major international football tournament for the first time since 1966.

But when Italy won the European Championship in a 3-2 penalty shoot-out, following a match that ended 1-1 after extra time, fans sat with heads in hands. At a fan zone in Croydon, south London, friends hugged one another in consolation as a DJ played Oasis’ Don’t Look Back in Anger.

Hundreds who had gathered for hours in London’s Trafalgar Square filed off dejectedly, broken glass from beer bottles crunching underfoot.

One month left until the troubled Tokyo Olympics

In Newcastle, northern England, the crowd watching at a fan zone applauded the dejected team.

“We have come so far, winning would have topped it all off,” said 18-year-old student Millie Carson. “The team has brought the country together. Everyone has been loving life in these hard times.”

But one fan expressed a widespread sense of frustration, shouting: “I cannot do this anymore.”

England’s last victory at a major international football tournament was the 1966 World Cup, before the lifetimes of most people in the country. Many fans said that regardless of the outcome, a half-century cloud had been lifted by manager Gareth Southgate’s young and dynamic team.

The team’s surprising success at the Euros has been a balm for many in England after decades of dashed hopes, more than a year of pandemic restrictions, and more than 128,000 coronavirus-related deaths in Britain.

Even soccer sceptics who associated English fans with drunken boorishness and xenophobia got behind the young, multi-ethnic team whose members took a knee against racism before games, supported LGBT pride, campaigned against poverty – and vanquished longstanding rivals like Germany.

England fans were excited for this final match. Photo: Reuters

“It had created this sense of optimism within the country that we hadn’t been able to have for ages, and this was our moment to realise that we could really bring something home,“ said Luke McGee, a fan in London. “We had done so well the entire tournament and to lose right at the last minute was really quite devastating.”

On Sunday, queues formed outside pubs before opening time at noon as people sought a big screen and company for the evening match.

Some started the party too soon, and a minority caused drunken mayhem. Hours before the game, fans packed pubs, clubs and outdoor fan zones in towns and cities across England. Central London’s Leicester Square became a sea of discarded food wrappers, plastic bags and beer bottles as hundreds of fans sang and partied; some threw bottles and set off flares.

English fans kick and stand on a litter bin in Piccadilly Circus, London, after Italy beat England on penalties. Photo: APThousands of fans without tickets descended on Wembley Stadium, some scrambling up trees and traffic lights to fly the England flag. There were chaotic scenes as security staff and police scuffled with hundreds who tried to storm barriers and enter the stadium.

Wembley officials initially insisted no one without tickets had got inside, but London’s Metropolitan Police said “a small number” of ticketless fans had entered the 90,000-seat stadium, where capacity was supposed to be limited to a pandemic-restricted 67,000.

Fans attempt to get through a door meant for disabled access at Wembley Stadium, in this still image obtained from video. Photo: Mark Lindsay / Social Media via ReutersBottles were thrown as fans left Wembley after the game, and police in riot gear stood by. Some fans in London’s Trafalgar Square lashed out after the defeat by kicking fences, smashing bottles, overturning garbage bins and fighting with one another.

The Metropolitan Police said 45 people had been arrested across London throughout the day. The force also said it was investigating “offensive and racist“ messages on social media directed at some players. Marcus Rashford and Buyako Saka were both subjected to racist abuse after missing penalties.

England’s Football Association condemned the abuse and called for “the toughest punishments possible for anyone responsible.”

Marcus Rashford reacts after he fails to score in the penalty shoot-out. Photo: AFP

Earlier, hundreds had gathered to watch the game on big screens at an official fan zone in the square, growing increasingly soggy but undaunted in the London rain.

“I never thought I’d see anything like this in my lifetime,” said 32-year-old fan Neil James before kickoff.

As they absorbed Sunday’s defeat, some fans were already looking toward next year’s World Cup in Qatar.

“I’m gutted,” said 19-year-old Jake Shepherd in Newcastle. “But this sets us for the World Cup – who says we cannot win it?”