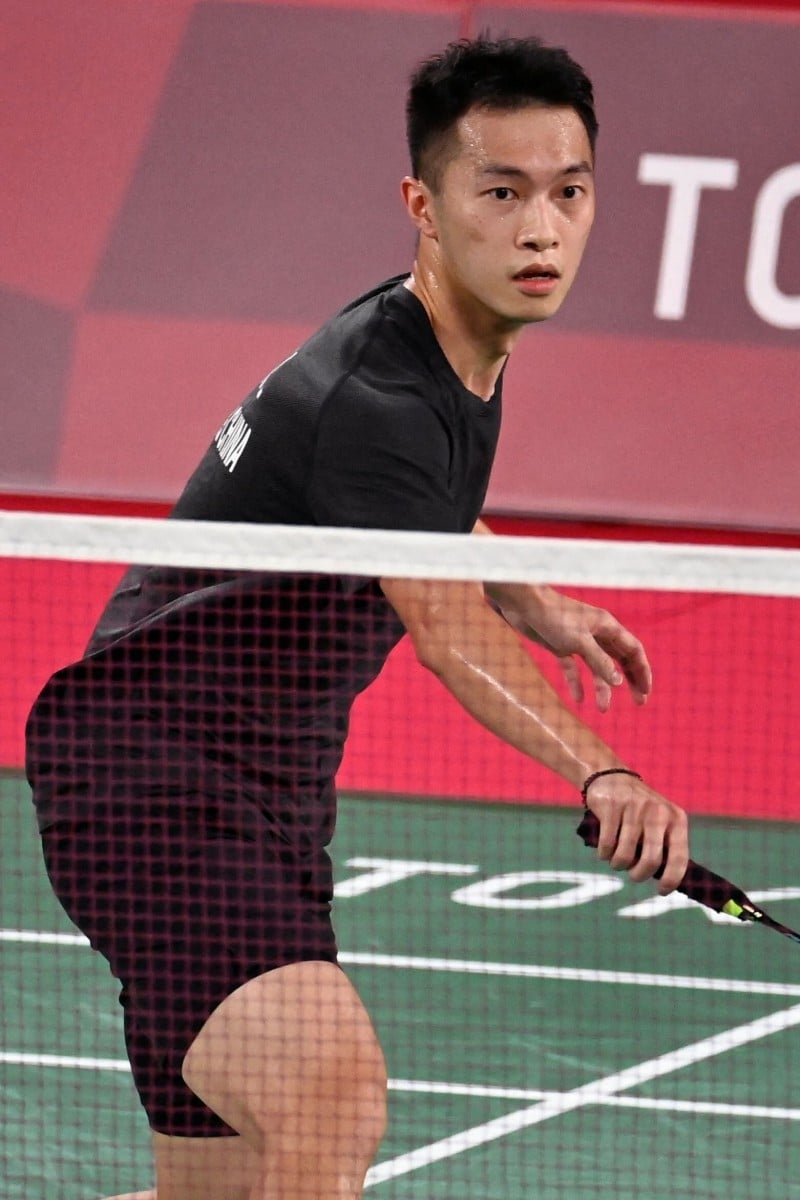 Angus Ng Ka-long was ‘condemned’ for wearing his black attire – the preferred colour of protesters during the 2019 social unrest – without the Bauhinia emblem. Photo: AFP

The Hong Kong teacher who has come under citywide condemnation for attacking an Olympian’s choice of wearing a black jersey has finally apologised – after the athlete has lost.

Nicholas Muk, a liberal studies secondary school teacher and politician with a pro-Beijing party, wrote on his Facebook page on Sunday that he “strongly condemned” shuttler Angus Ng Ka-long for wearing black clothes without the Bauhinia emblem in his first game at the Tokyo Olympics on Saturday.

Muk, member of the Democratic Alliance for the Betterment and Progress of Hong Kong, called 27-year-old Ng’s choice of clothes a “joke”, adding that the athlete should not be taking part in the Tokyo Olympics if he did not want to represent Hong Kong as a Chinese city.

Ng, the world’s No 9 shuttler, took to his Instagram account to explain that his sponsorship with the Yonex brand had ended, so he had to prepare his own clothes for the Tokyo Games.

“Understand what happened first before scolding [me],” he wrote. “I am going to focus on the Games now.”

In fact, Ng’s name and “Hong Kong China” were in fact shown on his black jersey, meeting the requirements to take part in the Tokyo Olympics.

On Wednesday, Ng finally put on a jersey with the Bauhinia emblem as he went up against Guatemala’s Kevin Cordon in another match. Ng lost, and with the defeat, his Tokyo Olympics journey has come to an end.

Shortly after Ng's loss, teacher Muk wrote in a post on his YouTube channel that he was “happy” to finally see the badminton player wearing a jersey with the emblem.

Tokyo Olympics: Syria’s Hend Zaza is youngest Olympian, aged 12. Here are some other youthful faces at the Games

“It was a precious chance for the Hong Kong China team to be playing at the Olympic stage, to show to the world the Lion Rock spirit,” he said.

The term “Lion Rock spirit” comes from a popular 1970s television series and is commonly used to refer to the resilience and diligence of locals.

“I was a bit harsh when I wrote my post on Facebook. For that, I apologise,” he added.

However, hundreds of netizens commented under his latest post to criticise him for lacking sincerity in his apology.

“Ng has spent so many years in his training to make it this far. Who are you to criticise him?” one netizen wrote.

Another said: “Ng had the potential to win a medal, but you’ve affected his performance!”

Editor's note: this story has been updated to reflect latest statements and developments