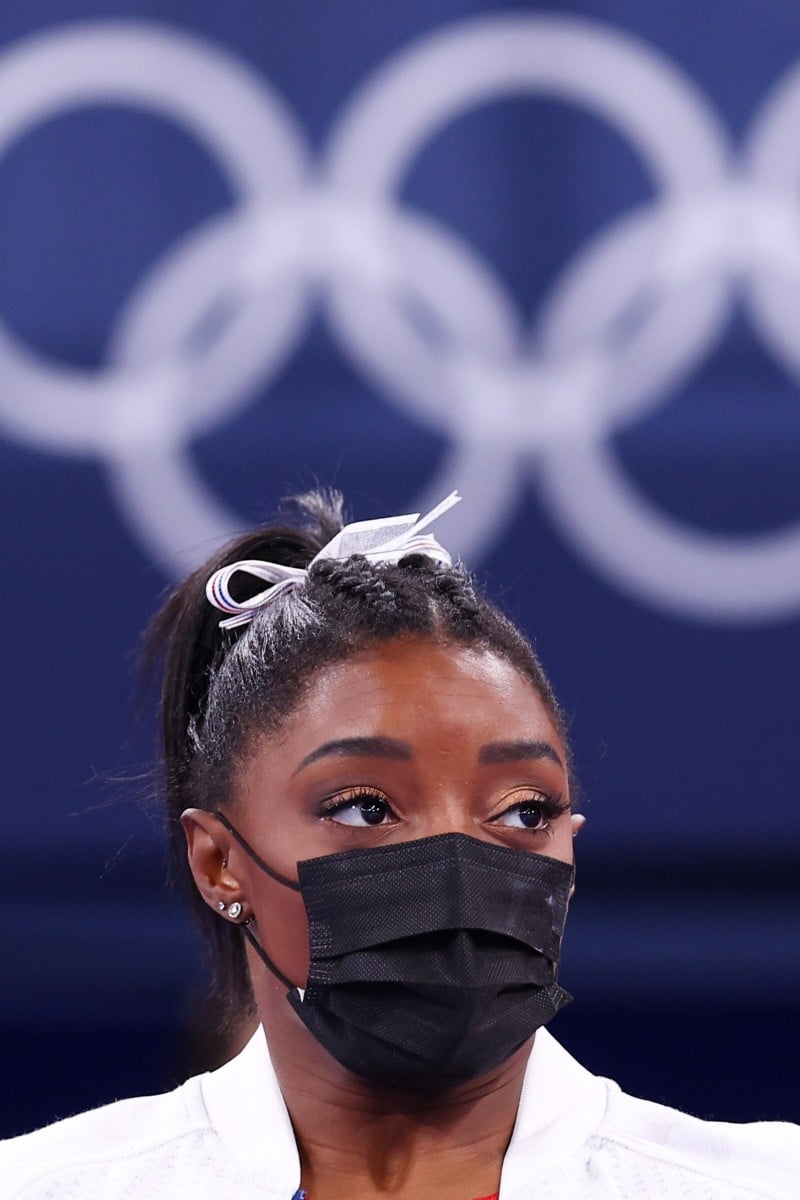 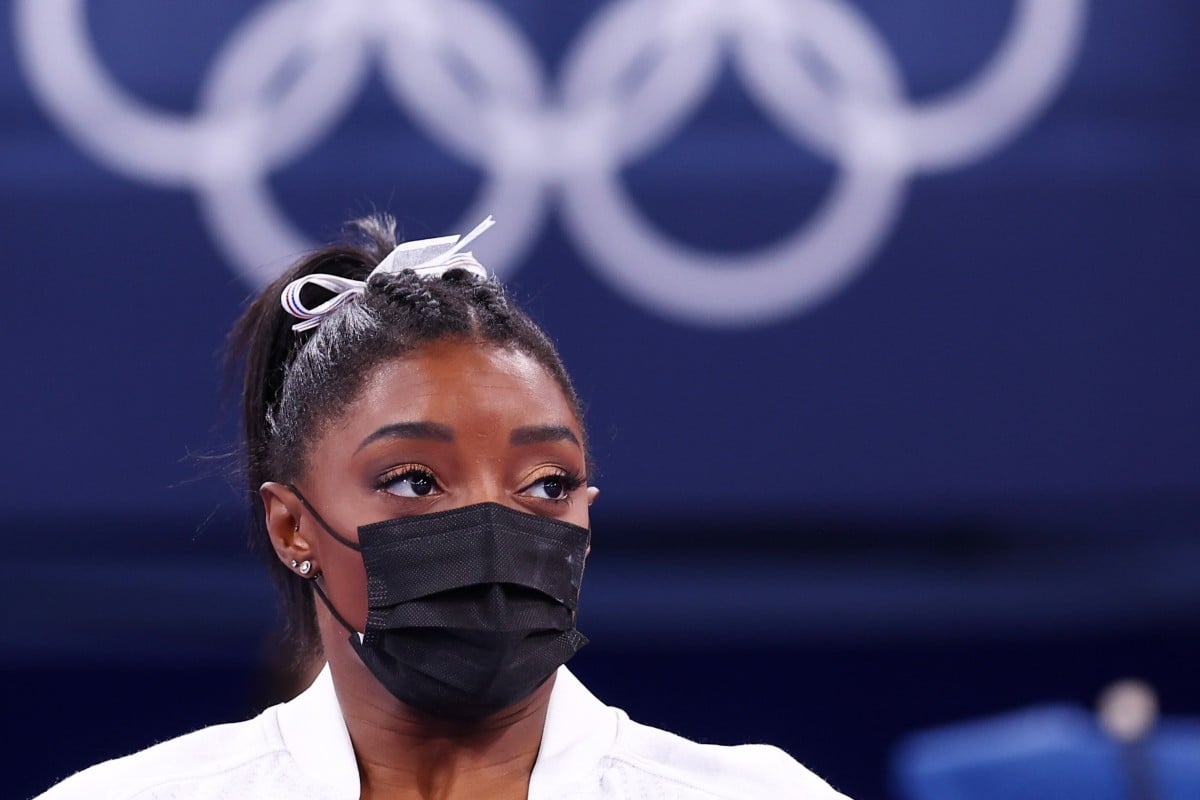 Simone Biles cited concerns for her mental health when she pulled out of the women’s gymnastics final, sparking a bigger conversation about the need for more support for athletes. Photo: Reuters

First it was Naomi Osaka, now weeks later a tearful Simone Biles. Two of the biggest names in sports have publicly revealed that they are struggling with their mental health - and this could spark a wider change.

On Tuesday, superstar American gymnast Biles stunned the world when she pulled out of the women’s team final, saying: “I have to do what’s right for me and focus on my mental health and not jeopardise my health and my wellbeing.”

People around the world showed their support for Biles after she withdrew from the Olympics. Photo: AFP

The 24-year-old had already hinted that she was feeling immense pressure, writing on Instagram: “I truly do feel like I have the weight of the world on my shoulders at times.”

Her participation in the rest of the Olympics is now uncertain.

Within hours there was an outpouring of sympathy on social media for Biles, who is already a four-time Olympic gold medallist, that went beyond sport.

Writing on Twitter, Henrietta H Fore, executive director of UNICEF, thanked Biles “for being a role model and showing the world it’s okay to prioritise your mental health”.

Also on Tuesday, tennis star Osaka - who lit the Olympic cauldron at the opening ceremony - suffered a shocking early exit.

One of the faces of the Games, the 23-year-old said that there was “a lot of pressure”. She had just returned after two months away from the sport, following a revelation that she had been suffering from depression.

Biles pictured in action on the vault. Photo: Reuters

Pressures of the bubble

Julie-Ann Tullberg, an expert in sports psychology and sports journalism at Monash University in Australia, said that “mental health has long been swept under the carpet as a reason for underperformance in high-pressure sporting events, such as the Olympic Games”.

“However, athletes are now willing to talk about their pressures openly,” she said.

People deal with “performance anxiety” in all walks of life, said Tullberg, and that has been made worse by people around the world living in lockdowns during the coronavirus pandemic.

“But people are now more willing to talk about it (their mental health),” she said.

“There are support networks offered to us all the time, we’re encouraged to seek support, and people are now taking those options because they’re not as fearful of the repercussions if it’s known in their workplace that they’re struggling.”

The youngest athletes in this year’s Games

Tullberg said that the unprecedented anti-virus measures facing athletes at the Tokyo Games, where they are largely confined to the Olympic Village, had undoubtedly taken a toll on competitors.

“They used to be able to go out and party after their events, but now they’re not able to do that, for the first time in recent history.”

Katy Kamkar, a clinical psychologist at the Centre for Addiction and Mental Health in Toronto, said that Biles’ admission would help “normalise the conversation”.

“There has always been, within the athletic world, the emphasis on appearing physically and mentally fit,” she told CBC/Radio-Canada.

“And that can further perpetuate a kind of silent suffering and self-isolation.”

Aly Raisman, a three-time Olympic gold medallist and former team-mate of Biles’s, said that Biles had been under immense pressure for months leading up to Tokyo because of the weight of expectation.

“There’s only so much someone can take, she’s human,” Raisman told US television.

The 27-year-old, who retired last year, raised doubts about what kind of psychological support there was for Biles and other American athletes.

“When I was training there really weren’t resources for us to talk about our mental health or even ways to understand it,” Raisman told ESPN.

Tennis superstar Naomi Osaka also made waves recently when she took two months off to concentrate on her mental health. Photo: AFP

“We need to be asking the organisations like USA Gymnastics and the United States Olympic Committee: What are you doing to support your athletes and how can we prevent athletes feeling like they are struggling so much that they can’t finish the competition?”

“People are going to remember Simone Biles not only as the G.O.A.T. from a gymnastics sense, but what she’s been able to do from the well-rounded, mental health, sexual abuse, all the other advocacies she’s been working towards,” Olympic silver medalist Samantha Peszek said. “I think it’s forced a lot of people to take a good hard look at what they do and to push everyone to be better.”

Mark Adams, spokesman for the International Olympic Committee (IOC) said on Wednesday that “more could be done” for athlete mental health, saying it remained a big issue and was a matter that the organisation had been working on for some time.