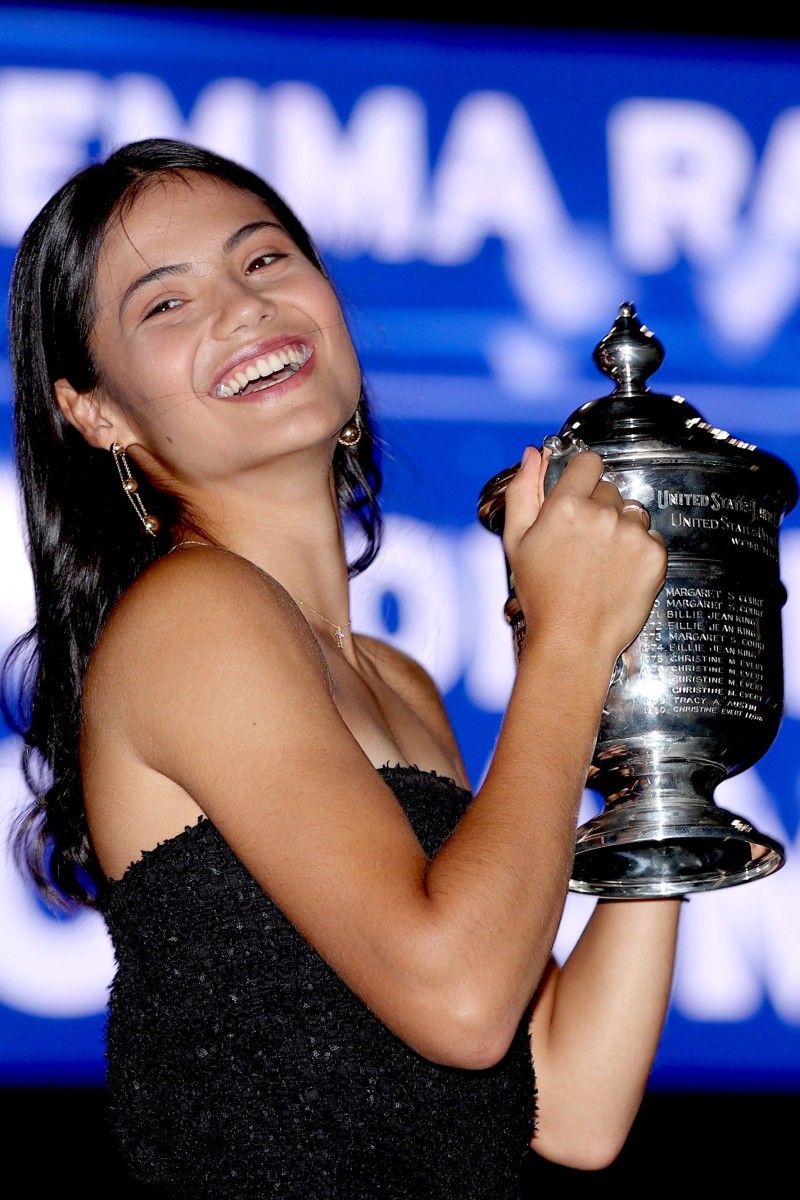 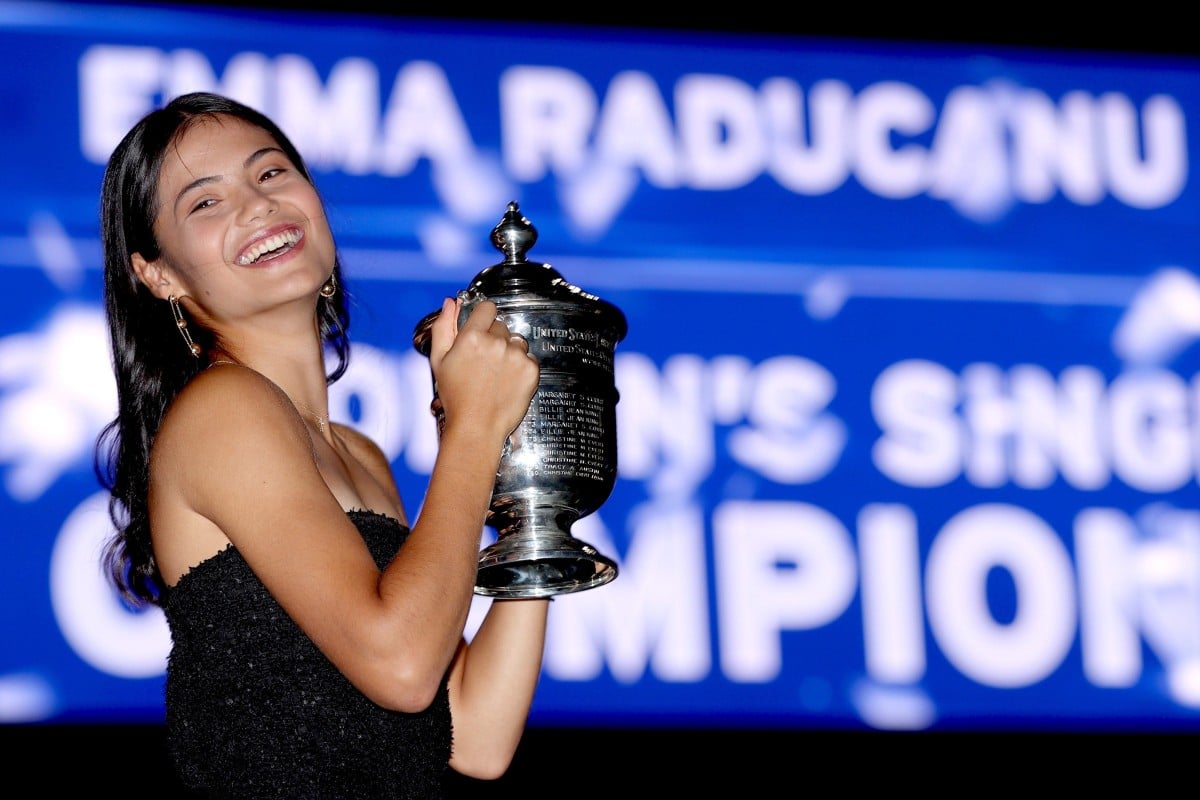 Emma Raducanu of Britain poses with the championship trophy after defeating Leylah Annie Fernandez of Canada during their Women’s Singles final match at the US open. Photo: AFP

In just a few short months, British teenager Emma Raducanu went from an ordinary student anxiously waiting for her A-level results to a history-making athlete who claimed a Grand Slam title at the US Open.

Raducanu’s tennis journey has been extraordinary–her world ranking was No. 150 when she entered the US Open last month. It was only the second major tournament that she had ever competed in, but she fought her way to the top to become the first British woman in 44 years to win a slam singles title.

“You say, ‘I want to win a Grand Slam.’ But actually executing it and winning a Grand Slam ...” Raducanu said after the match. “I cannot believe it.”

Raducanu was born in Canada to immigrant parents; her mother is from China, and her father from Romania. The family moved to Britain when Raducanu was just two years old.

After making it to the finals last week, Raducanu said her Chinese mother has “definitely instilled, from a young age hard work and discipline”.

And her tennis idols? Li Na from China, and Simona Halep from Romania.

“When I was younger I would take a lot of inspiration from Li Na, even now, just the way she was such a fierce competitor,” she said last week.

In an interview with Vogue before winning her Grand Slam title, she spoke in detail about her mother.

“My mum comes from a Chinese background, they have very good self-belief. It’s not necessarily about telling everyone how good you are; it’s about believing it within yourself. I really respect that about the culture,” she said.

Her parents encouraged her to pick up different sports from a young age, including golf, motorsports, karting, dirt biking and tennis. When she was younger, she said, she often felt like the “odd one out” for being the only girl in her karting and motocross groups.

Her time in the spotlight could not be more different from where she was just three months ago, when she was one of a quarter of a million ordinary British pupils waiting for her A-level results. She got an A* in Maths and an A in Economics.

Raducanu and Fernandez celebrate with their trophies after their match. Photo: Jo Becktold/CSM via ZUMA Wire/DPA

Fernandez, who lost to Raducanu, also had a multicultural upbringing: while she was born in Canada, her father moved there from Ecuador many years ago, and her mother is the child of Filipino immigrants.

Having just turned 19 this month, the Canadian started playing tennis at a young age with her father, an ex-professional soccer player, as her coach. After going pro at the age of 17, she secured her first Junior Grand Slam champion at the French Open in 2019.

Fernandez’s world ranking was No 73 when she entered the US Open. Both she and Raducanu have conquered many tennis giants along the way to the final battle.

Athletes who sported their own style at the Olympics

The first big name on Fernandez’s list in the 2021 US Open was four-time major winner, and two-time US Open champion, Naomi Osaka. The Japanese superstar, who has recently taken time off to concentrate on her mental health, said in a press conference that she was unsure when she will compete again. Billie Jean King, the legendary American 18-time grand slam singles winner, praised the next generation of tennis players on Twitter.

“What a terrific display of competition & maturity from two exceptional players. It is wonderful to see this generation living our dream,” wrote King.