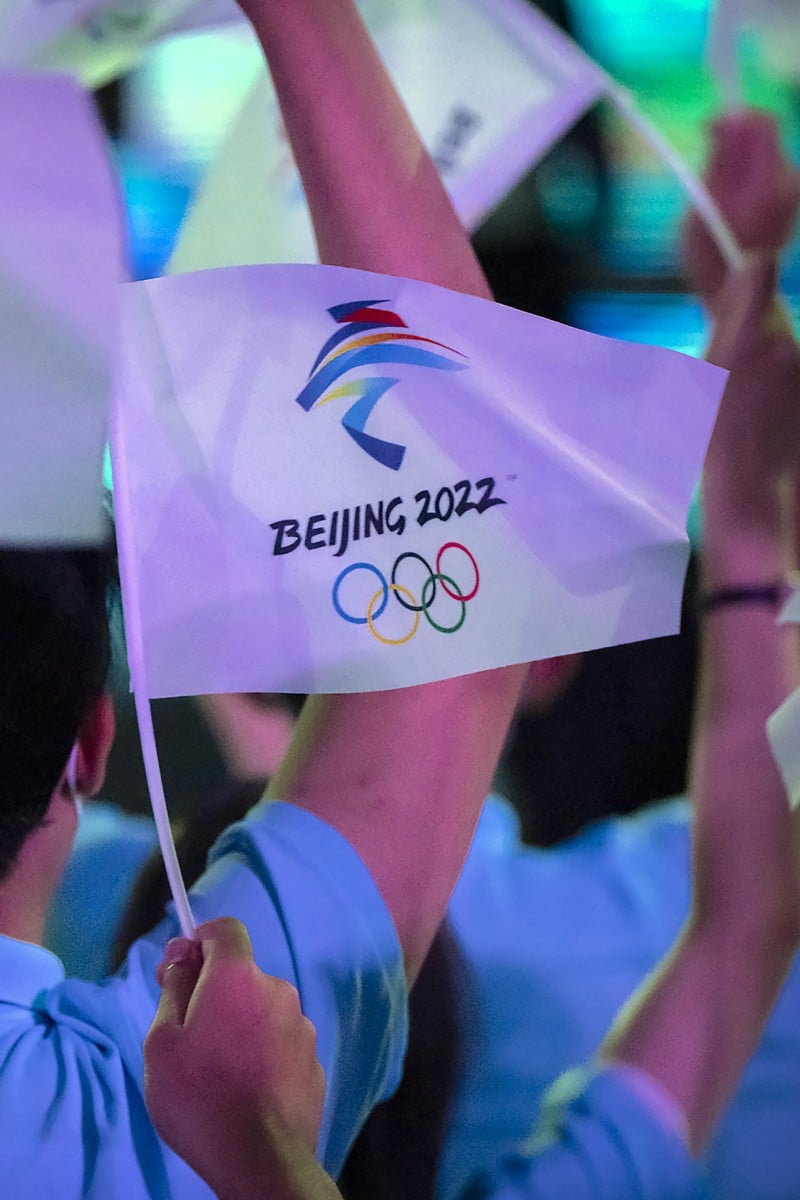 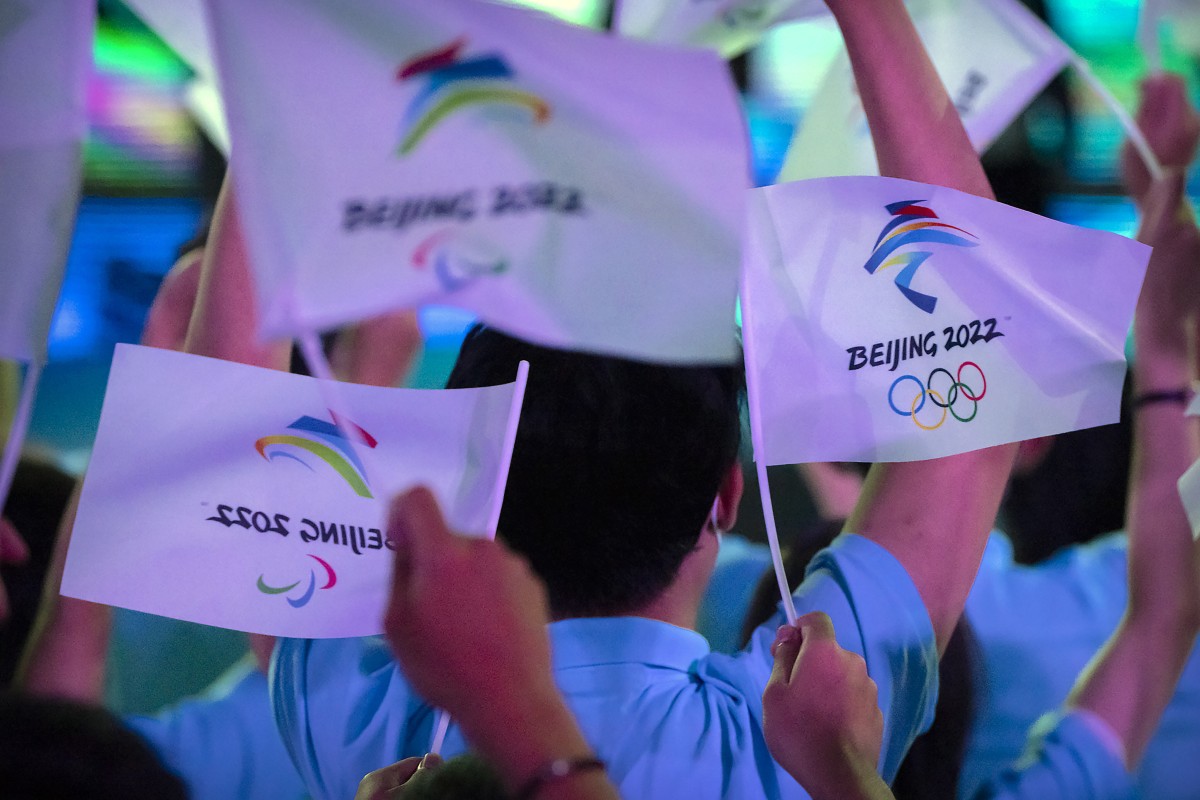 The Beijing Winter Olympics, which open in just under two months, is now the target of a diplomatic boycott by the United States with others likely to follow. Photo: AP

The United States will conduct a diplomatic boycott of the Winter Olympics in Beijing, White House press secretary Jen Psaki said on Monday, a move almost certain to fray a badly damaged US-China relations even further.

“The Biden administration will not send any diplomatic or official representation to the Beijing 2022 Winter Olympics and Paralympic Games, given the PRC’s ongoing genocide and crimes against humanity in Xinjiang and other human rights abuses,” Psaki said.

“The athletes on Team USA have our full support. We will be behind them 100 per cent as we cheer them on from home,” she said. “We will not be contributing to the fanfare of the games.”

Beijing denies all accusations of human rights abuses in Xinjiang. Before the announcement, China’s foreign ministry said earlier on Monday that there would be “resolute countermeasures” if the US went ahead with a diplomatic boycott, though it did not specify what those might be.

The US “should stop hyping the so-called ‘diplomatic boycott’ of the Beijing Winter Games, lest it should affect bilateral dialogue and cooperation in important areas”, ministry spokesman Zhao Lijian said.

After the White House confirmation, the Chinese embassy in Washington called the move “pretentious” and a “grave distortion of the spirit of the Olympic Charter” – and added that US politicians were not invited to attend the games anyway.

“In fact, no one would care about whether these people come or not,” embassy spokesman Liu Pengyu said, “and it has no impact whatsoever on the Beijing 2022 Winter Olympics to be successfully held.”

White House Press Secretary Jen Psaki announced during the daily press conference on Monday that the United States will not send any government officials to the 2022 Winter Olympics in Beijing due to China’s human rights abuses in Xinjiang. Photo: TNS

For months, US President Joe Biden had faced intense pressure from both parties in Washington to institute some form of boycott against the Winter Olympics, which begin in less than two months. Various lawmakers explicitly cited Beijing’s forced assimilation and mass detention policies targeting Uygurs and other ethnic minorities in far-west Xinjiang as a reason to stay away.

“US diplomatic or official representation would treat these games as business as usual in the face of the PRC’s egregious human rights abuses and atrocities in Xinjiang,” Psaki said. “And we simply can’t do that.”

Senator Bob Menendez, the New Jersey Democrat who is chair of the Senate Foreign Relations Committee, called the White House’s move “a powerful rebuke of the Chinese Communist Party’s campaign of genocide in Xinjiang.”

“I also call on other allies and partners that share our values to join with the United States in this diplomatic boycott,” he said in a statement.

In a briefing on Monday, State Department spokesman Ned Price suggested that other US allies could be announcing their own decisions on whether to boycott soon.

He said administration officials expect that they will “be hearing more from other countries” in the coming days and weeks, adding that it was a “sovereign decision that each country needs to make”.

Price declined to answer a question about whether the administration had told Beijing in advance of the announcement, saying only that it had notified “relevant stakeholders” of the decision as it was rolled out.

Lawmakers in Washington have also pressed US corporations for paying billions of dollars for Olympic sponsorships while remaining silent on the situation in Xinjiang.

There are reports that at least one million Uygurs and other Turkic-speaking, mostly Muslim minorities have been incarcerated in education camps in China’s northwestern region of Xinjiang. Photo: CCTV

At a congressional hearing in July, executives with Olympic sponsors Coca-Cola, Airbnb, Intel, Procter & Gamble and Visa were chastised by members of both parties for refusing to say anything that might anger Beijing and cost their companies market access in China.

And still other members of Congress have called for a full boycott of the Games, which would stop American athletes from competing there.

The boycott also puts new pressure on the International Olympic Committee, the target of widespread anger in Washington in recent weeks over accusations that it has helped Beijing whitewash a star athlete’s sexual assault claims against a top Chinese official.

The outcry followed a post last month on the verified Weibo account of the three-time Olympian and tennis superstar Peng Shuai, levelling #MeToo allegations against the former vice-premier Zhang Gaoli – who had been on the front lines of the organising efforts for the Beijing games before retiring in 2018.

Lawmakers have focused particular ire on the IOC in the aftermath of Peng’s allegations, accusing the organisation of siding with the powerful Chinese Communist Party over an individual athlete.

IOC president Thomas Bach faced intense criticism for asserting that Peng is safe after two video calls with her, despite widespread fears among fellow athletes and human rights organizations that she may be under duress for accusing a powerful person in Beijing of sexual assault.

“The presence of government officials and diplomats is a purely political decision for each government, which the IOC in its political neutrality fully respects,” an IOC spokesperson said in a statement.

“At the same time, this announcement also makes it clear that the Olympic Games and the participation of the athletes are beyond politics and we welcome this.”

Peng Shuai (left), accused retired vice-premier Zhang Gaoli earlier this month of pressuring her into having sex, according to screenshots of a since-deleted post from Peng’s verified account on Weibo. Photo: AFP

Representative Michael McCaul, the top Republican on the House foreign affairs committee, said the Biden administration must now put pressure on the IOC to “protect the free speech and privacy of all participants” in the games.

“These Olympics are a key opportunity for the CCP to normalise their human rights atrocities – including genocide – and the free world must unite to reject them,” he said in a statement.

Even beyond the question of an Olympic boycott, Beijing’s policies in Xinjiang have united the intensely polarised US Congress in a way that few other issues have been able to do.

In response to the White House announcement on Monday, House speaker Nancy Pelosi said she would have lawmakers vote this week on the Uygur Forced Labour Prevention Act, a sweeping bill that would effectively block all goods made in Xinjiang. The Senate passed its own version in July.

“As I noted when I called for a diplomatic boycott last May, the last three decades of Beijing’s abusive and repressive actions show that the international community can no longer give Beijing a blank check and hope that its behaviour will simply change,” Pelosi said in a statement.

“The international community must speak out, clearly and with one voice, against Beijing’s crackdown against human rights: from its genocide against the Uygurs, to its long campaign of repression against the Tibetan people and to its assault on basic freedoms in Hong Kong and on the mainland.”