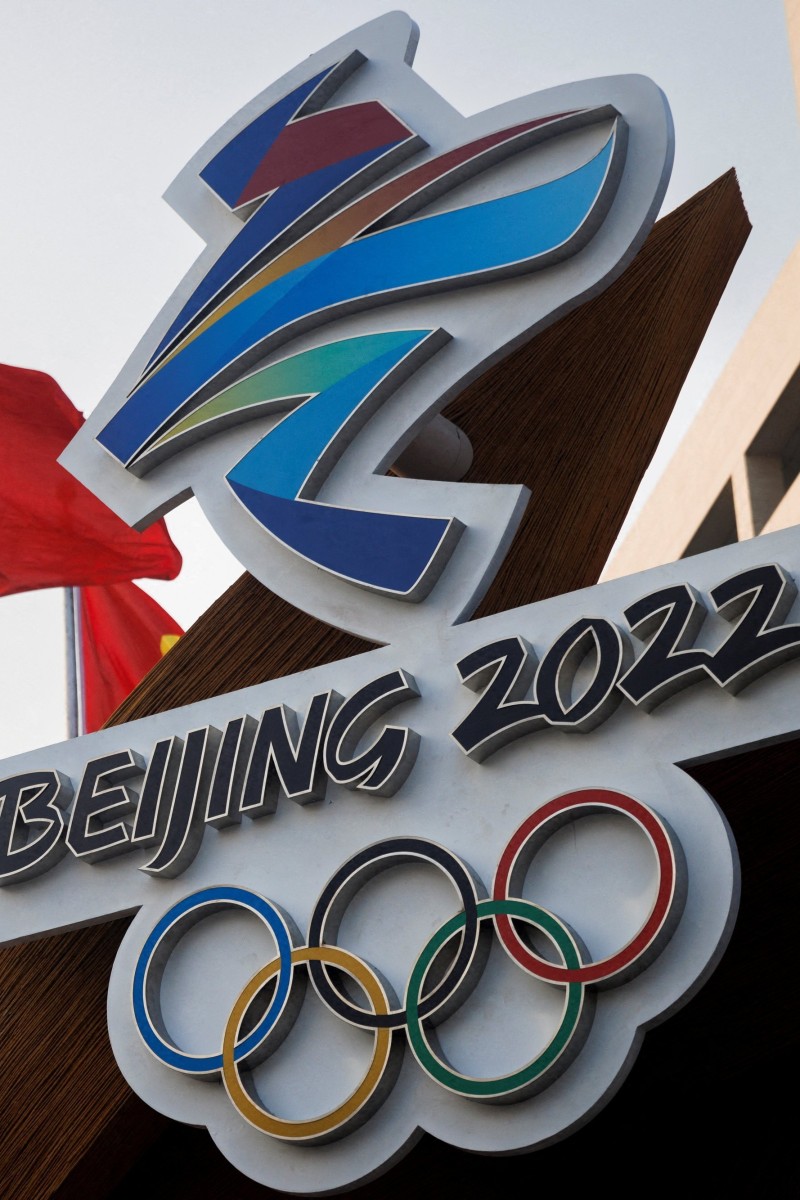 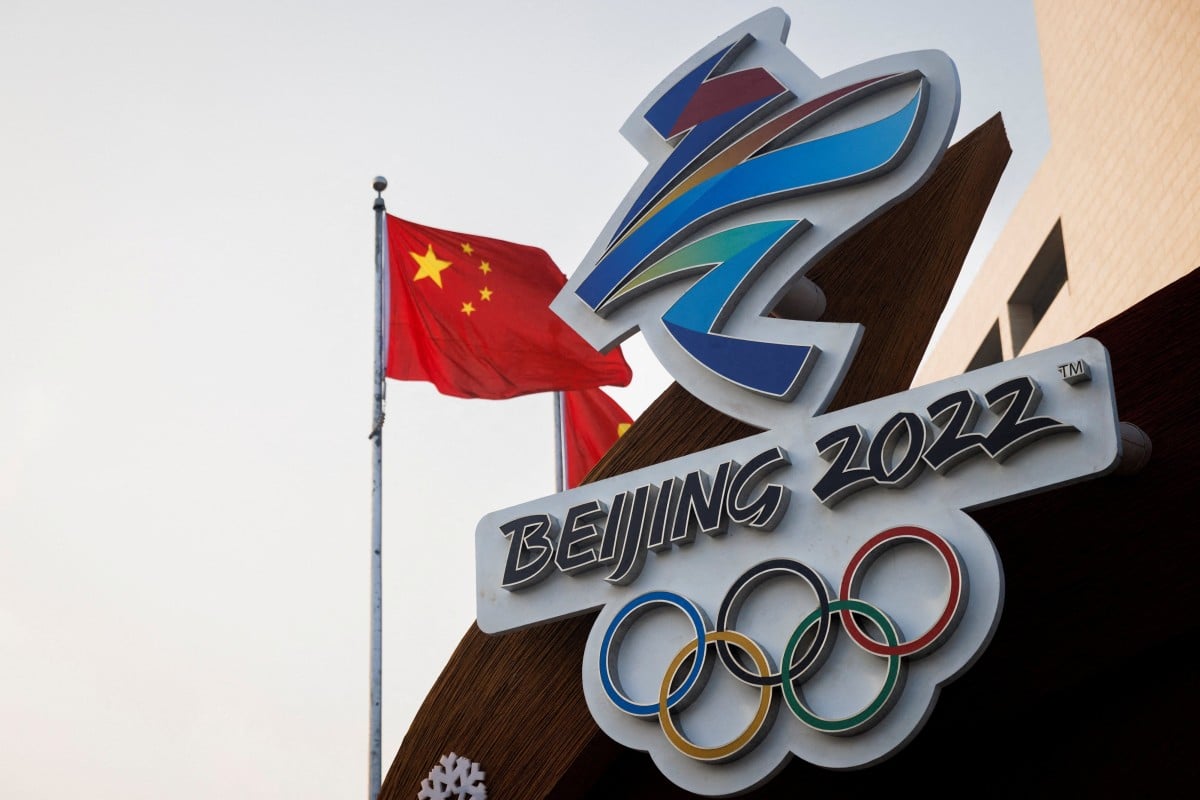 Human rights activists have warned participants against speaking out on sensitive issues to ensure their safety during the 2022 Beijing Winter Olympics. Photo: Reuters

Context: Athletes who speak out on sensitive issues during Winter Olympics may be punished

China said last month that it may punish athletes whose words and actions go against Chinese laws at the Beijing Winter Olympics.

“Any expression that is in line with the Olympic spirit, I’m sure will be protected. Any behaviour or speeches that are against the Olympic spirit, and especially against Chinese laws and regulations are also subjected to certain punishment,” Yang Shu, the deputy director general of the international relations department of the Beijing organising committee, said at an online briefing for the Beijing Games.

Yang said the International Olympic Committee (IOC) also had penalties for violations of rule 50 of the Olympic Charter, which bans any kind of “demonstration or political, religious or racial propaganda” during the Games.

Yang declined to say if there was a maximum punishment for athletes whose political expressions go against Chinese laws or Article 50 of the Olympic Charter. Instead, he referred to the IOC guidelines for the Games.

At last summer’s 2020 Tokyo Games, US shot putter Raven Saunders protested on the podium after winning silver by raising her arms in an “X” gesture to symbolise oppression. Team USA later found Saunders had not broken any rules, while the IOC paused its investigation after her mother died suddenly soon after the event.

During the 2020 Tokyo Games, Raven Saunders raises her arms in an “X” gesture on the podium to symbolise oppression. Photo: AFP

China has faced international criticism for its alleged oppression of Uygur Muslims in Xinjiang, where human rights groups and a United Nations committee say that as many as one million are detained in “re-education centres”. The US and Canada have labelled China’s policies in Xinjiang as “genocide” and are among countries that have launched diplomatic boycotts of the Games.

China has repeatedly denied these allegations. Jing Quan, the third-ranking diplomat at China’s Washington embassy, objected to the “genocide” narrative at the briefing and added that sport should not be politicised. Staff writers

US lawmakers have called on the International Olympic Committee (IOC) to reaffirm the free-speech rights of athletes in the Winter Games, after warnings that speech that violated Chinese regulations would be punished.

“The International Olympic Committee – and its president Thomas Bach – must immediately clarify that free speech by athletes is absolutely guaranteed at the Olympics,” a bipartisan group of eight congressional representatives wrote last month.

This came a day after Yang Shu, the deputy director general of the Beijing organising committee, said that any behaviour or remarks against the Olympic spirit or Chinese laws were subject to punishment.

In the statement, the legislators said Yang’s words contradicted pledges the IOC had made in an October meeting when its representatives “provided explicit assurances of their commitment to protect athletes if they are prevented from speaking out freely on human rights during the Beijing [Games]”.

Staff members walk outside the main media centre for the Winter Olympics in Beijing. Photo: Xinhua

The IOC has long prohibited political protest by athletes at the Games including on the field of play and during medal ceremonies – such as in the instance of Raven Saunders’ “X” gesture at the Tokyo Olympics.

But last year, the committee amended its rules to permit participants to express their views on the field before the start of events, in engagements with the press, and on social media.

The lawmakers said those freedoms should allow athletes to speak out on sensitive issues, including the mainland Chinese government’s treatment of Uygurs in Xinjiang and its actions in Hong Kong.

“Given the latest troubling comments by the Beijing Organising Committee, we call on the IOC to issue a public reaffirmation of its commitment to protect free speech during the Games, and to clarify what actions it will take to protect athletes if the organising committee or local authorities try to silence them,” they said.

An IOC representative did not answer specific questions about whether it would take steps to protect the ability of athletes to speak out while in Beijing.

“We refer you to the IOC’s Rule 50.2 guidelines,” the representative said, referring to the committee’s rule on athlete expression updated last year. Staff writer

Face Off: Should the Beijing Winter Olympics go ahead amid coronavirus concerns?

Some human rights activists and academics in China have recently had their WeChat messaging app accounts restricted, multiple people affected said, as Beijing cracks down on dissent before the 2022 Winter Olympics.

Eight individuals have reported that their WeChat accounts have been restricted in some form since early December, with some unable to use their accounts entirely and forced to re-register.

“I know many people who’ve been banned from posting in group chats or posting WeChat Moments lately,” a Beijing lawyer whose account was restricted last month said on condition of anonymity.

A crackdown on dissent in China has caused activists to have their access to the popular WeChat app restricted or cut off. Photo: Reuters

“Isn’t this equal to removing an individual from a public space?” said Zhang, adding she can now only send WeChat messages to individual users.

“This storm of shuttering WeChat accounts is ... unprecedented,” said veteran journalist Gao Yu, whose account had features such as group chat messaging permanently disabled for the first time on December 20.

China routinely suppresses the social media accounts and physical movements of dissidents during politically sensitive periods such as Communist Party gatherings in Beijing or key anniversaries such as the 1989 Tiananmen crackdown. The arrival of the Winter Olympics has presaged a clampdown similar to those surrounding other major events.

The IOC said in an emailed response that it “has neither the mandate nor the capability to change the laws or the political system of a sovereign country”, adding that it “must remain neutral on all global political issues”.

Separately, Beijing Games organisers said they “oppose the politicisation of sport” and were “not aware of these matters”. Agence France-Presse

Beijing seals off Olympic ‘bubble’ ahead of the Winter Games