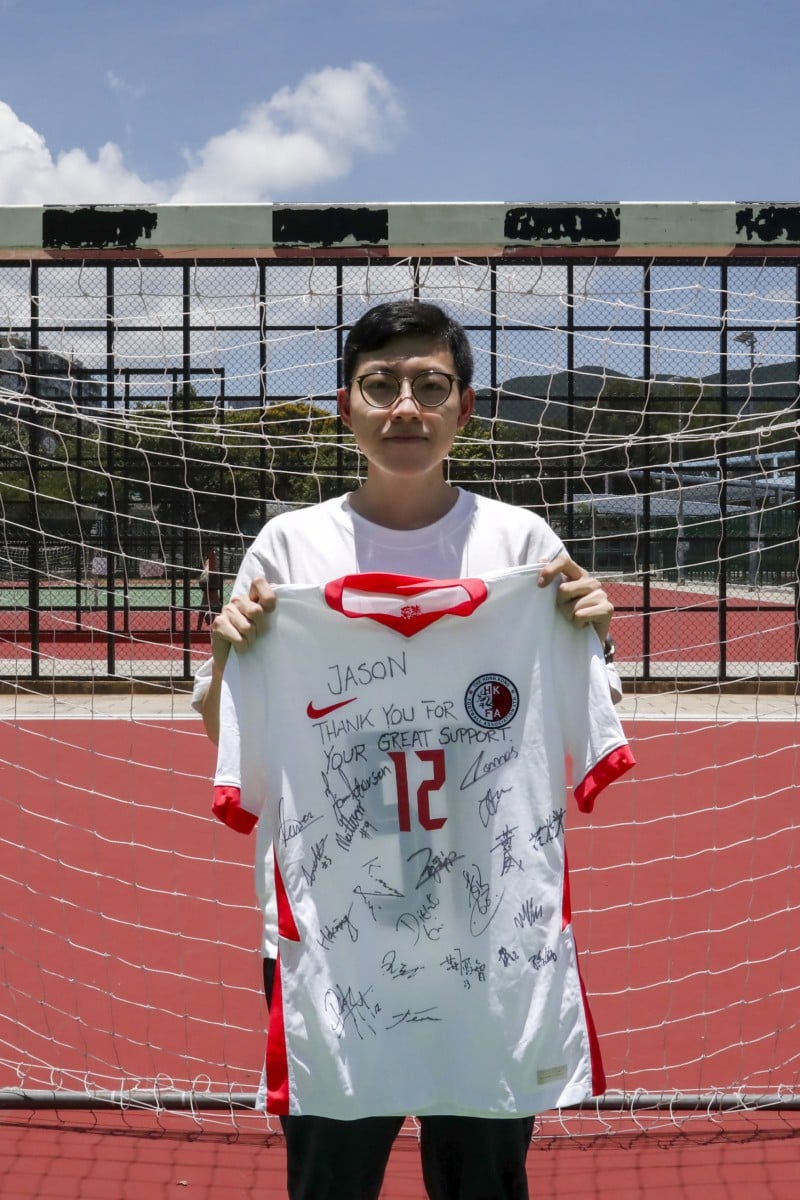 Hong Kong football team’s biggest fan? Only supporter to travel to India to see the side qualify for 2023 Asian Cup 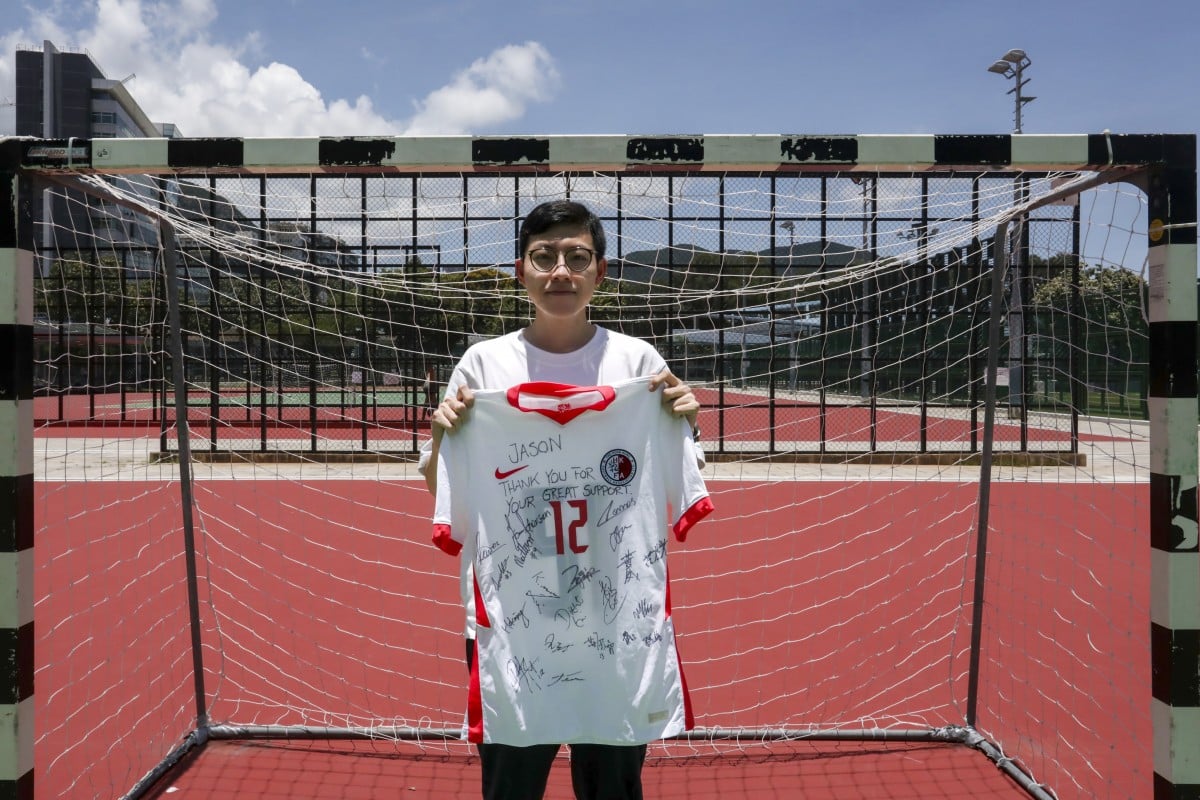 Jason Yau holds a jersey signed by Hong Kong’s football team who gave this to him as a gift. It reads: “Jason, thank you for your great support”. Photo: Jonathan Wong

Amid a sea of 40,000 Indian football fans in a stadium in Kolkata, Hongkonger Jason Yau stood out in a red jersey, chanting Cantonese slogans above his city’s flag which he had draped on the bars below him.

The 29-year-old was the only Hong Kong fan at the Salt Lake Stadium last month to witness the team close out their qualifying campaign for next year’s Asian Cup. Though India won the match, Hong Kong had already qualified for the tournament – for the first time since 1968.

But in May, after watching on television as his favourite Hong Kong club team, Kitchee, became the city’s first side to reach the AFC Champions League, Asia’s premier club football tournament, Yau regretted not being in the stands.

Some of the Kitchee players were set to play on the Hong Kong team in Kolkata for the Asian Cup qualifiers. Yau and a friend decided to make the trip, but three days before they were set to depart, his friend had a visa issue, leaving Yau to make the trip solo. On June 4, he flew to Bangkok before transferring to a flight heading to Kolkata.

Teen Hong Kong fencer shares why nothing can foil her confidence

After he got off the plane, he was careful not to eat anything that could make him sick. When he was not out to watch a match, he was working remotely in the hotel from 6am until the afternoon.

“I somehow got famous. The interviews came, so I had something to do to kill time,” he said, poking fun at how he was the only Hongkonger at every game.

At the first match, in which Hong Kong played against Afghanistan, only about 1,000 spectators were present, hardly filling the arena which could accommodate 80,000. Yau looked around in search of a fellow Hongkonger, but he could only see fans for Afghanistan and India.

“At first, I thought I could not be the only one ... But I really was the only one. I felt quite lonely,” he recalled.

But as the match started, he felt the responsibility of being the sole representative of his city. So he cheered “Hong Kong, Hong Kong” passionately and had a sore throat after 10 minutes.

“I could hear some of the [Afghanistan fans] clicking their tongues or teasing me ... but I didn’t care. I needed to do my job,” he emphasised. “The most important thing was for the players to hear it.”

Hong Kong won that match and the next against Cambodia, which Yau had not expected.

The Hong Kong team celebrates their second goal during their match against Cambodia at the 2023 Asian Cup qualifiers in Kolkata. Photo: HKFA

What was even more surreal was confirmation that his fervent cheerleading was not in vain.

“One day, I met one of the [Hong Kong] coaches at the hotel. He came up to me and ... showed me a video. At every match, they record the game for their post-match analysis and ... my chanting was recorded,” Yau recounted, explaining how excited he was that the players could actually hear him.

“The goddess of fortune is on our side. So I felt quite relieved,” said the proud Hongkonger.

From refugee to Serie A, 18-year-old teen football player Moustapha scores in debut

That night, the arena was nothing like what Yau had seen before, as some 40,000 Indian fans filled the space with fiery chants. Again, Yau was on his own.

Though the city’s team lost, the members thanked Yau – calling him their “12th player” – by signing a jersey with the words: “Jason, thank you for your great support.”

“It was so unexpected. [Coach Jorn] Andersen thanked me, and Matthew [Orr Wing-kai, a player] came up to tell me he heard my cheering,” Yau recalled.

He said he would frame the jersey to treasure it forever.

After spending nearly HK$25,000 for the trip, Yau said seeing his team qualify was worth the expense.

While the host country for the 2023 Asian Cup has yet to be decided, Yau and his friends are already planning to attend.

The determined fan said: “I am looking forward to going ... no matter what the travel restrictions will be.”