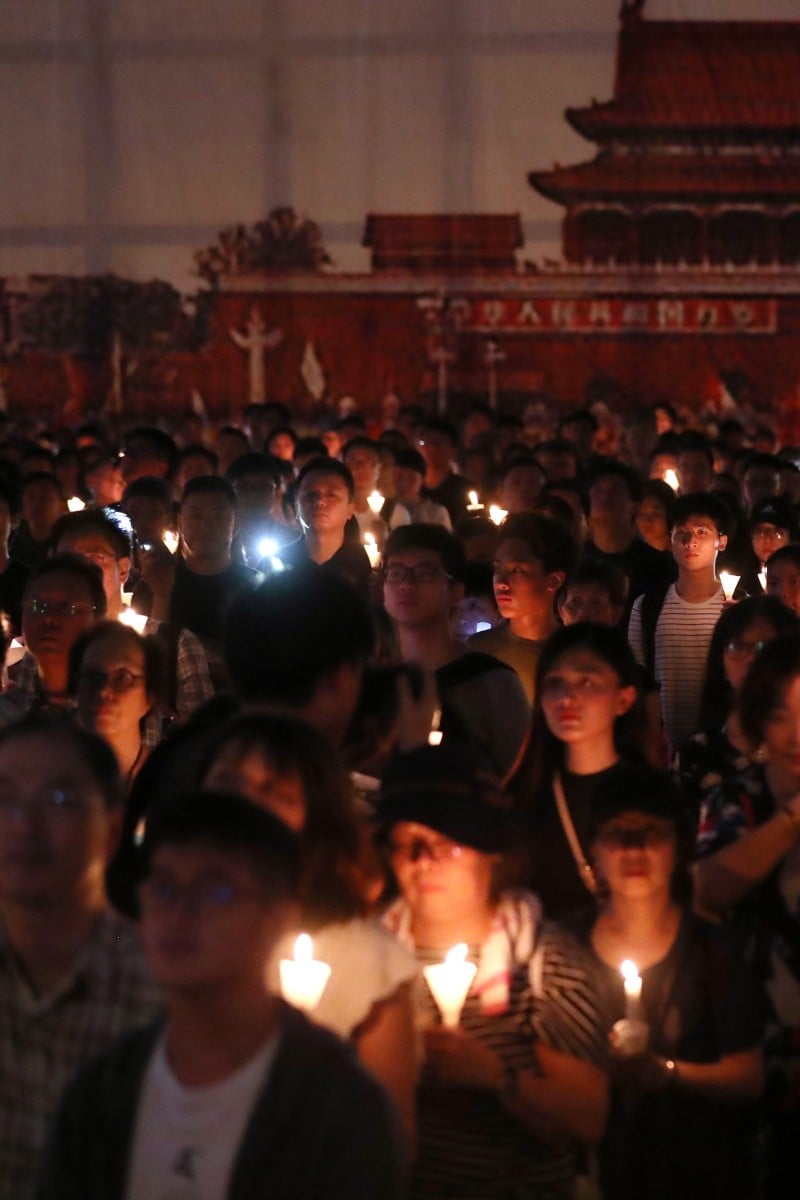 Face off: Are Hong Kong people slowly forgetting about the Tiananmen crackdown? Crowds hold up their candles at the June 4th Candle Light Vigil, marking the 30th anniversary of the Tiananmen Square crackdown in 1989 in Victoria Park, Hong Kong.

Yes, people are slowly forgetting about the Tiananmen Square incident. While attendance at the June 4 vigil has been increasing over the past few years (more than 100,000 showed up last year), I would say that Hongkongers are aware of the incident but losing track of the details. As the years pass, the history of what happened in Tiananmen Square is fading in our memories, including the causes, key events, consequences, and most importantly, the strong emotions that were associated with it.

We haven’t forgotten about the tanks and the killings, but I think we have forgotten about the key parts, such as the death of then general secretary of China’s Communist Party Hu Yaobang; the dismissal of the then Chinese premier Zhao Ziyang; and the 1986 student demonstrations that preceded the 1989 protests. The events were hushed up, so even in our hyper-connected world, there are people who still have no idea why June 4 was significant.

In history, it’s the details that we learn that are important, not just the date. What’s more, as the Hong Kong school system continues to prioritise science and maths above arts and humanities, even fewer people learn about it.

Peaceful protests, a fight for democracy and freedom of speech, university students. Does this sound familiar? We must remember all the events surrounding the Tiananmen Square incident because now, more than ever, we need to learn from it. Maybe history isn’t repeating itself, but it’s beginning to rhyme.

No. Amid the ongoing social and political turmoil, Hong Kong people increasingly with the June 4 Tiananmen Square incident.

Brutal killings took place in the early hours of June 4, 1989: tanks rolled into Beijing and troops opened fire to crush the pro-democracy movement in Tiananmen Square. There were corpses lying everywhere. It was a horrible day, yet different versions of the “truth” emerged: the protesters were purposely gathering in the square to oppose the government; the number of casualties was low. Since the truth was buried, the incident seemed to become less relevant.

The Hong Kong identity was also fading, especially among the younger generation. However, over the past year, they have experienced the fight for democracy against the central government, as well as police brutality. History tends to repeat itself, and getting a taste of suppression has forced Hongkongers to recall their shattered memories.

The struggle will continue. The June 4 incident reminds Hongkongers that we are not alone. There once was a passionate young generation that believed protests could bring about changes in the country. They chanted for freedom and democracy. We can learn from the incident and carry the protesters’ spirit onwards.

The annual candlelight vigil may be cancelled this year because of the coronavirus outbreak, but the June 4 incident will remain in the hearts of Hong Kong people.