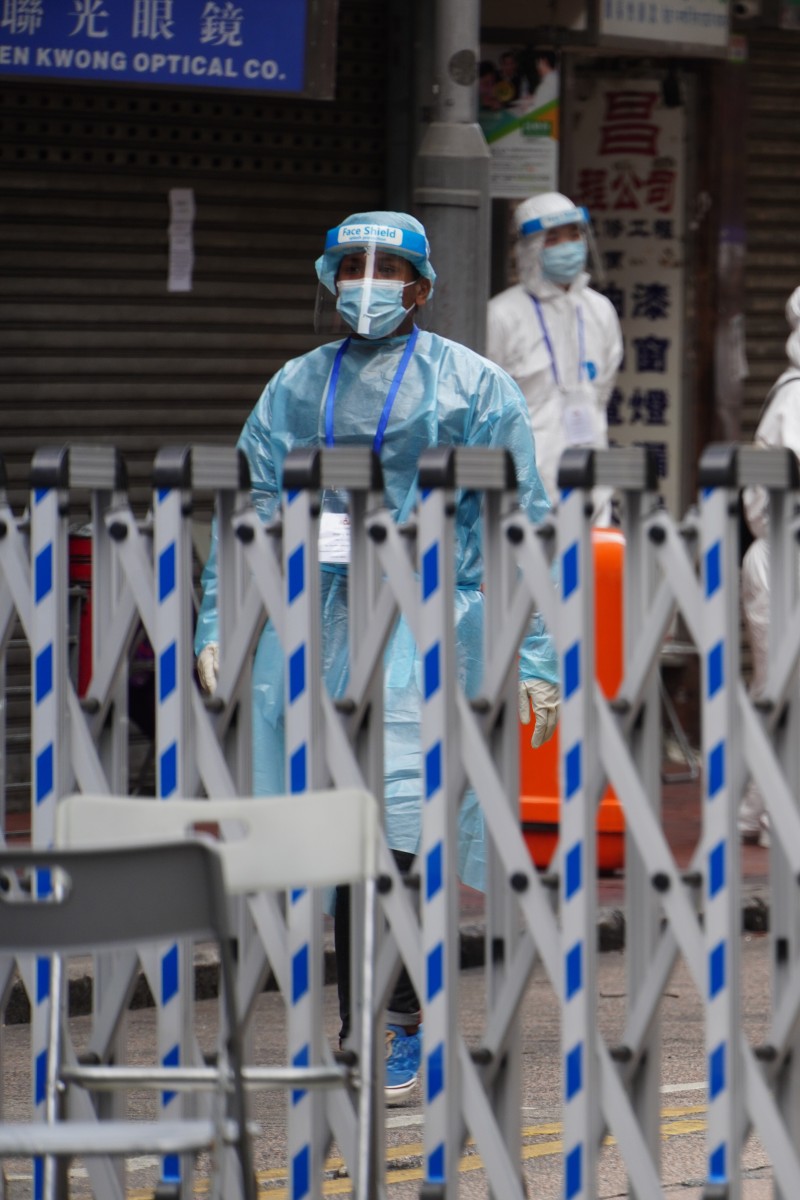 Do you think Hong Kong’s first-ever lockdown was “worth it”? No. Although residents could move around within the area, and the government provided them with necessities, they were shocked by the suddenness of the blockade. They were unable to stock up.

The government should prioritise closing our borders. In addition to local virus cases, Hong Kong is reporting infections among arrivals. We need to focus on stopping this first. Michelle Tsang, 12

Would you get the Covid-19 vaccine if it was available?

The disadvantages of the lockdown outweigh the benefits. First of all, only 13 infections were found among 7,000 people who were tested. This seems like a small number for such a big operation.

What’s more, some people would have lost their income for two days. Most of them are poor and they need that money to get by.

I hope the government will help these affected residents. Nicole Kwong, 15

The sudden lockdown affected people’s lives and many of them did not know what was happening. I support mandatory testing, but there should be better planning, so people don’t have to line up for food and drinks late at night and eat on the streets.

The lockdown was a waste of time and public resources. Chan Yan-kit, 15

Should male prisoners be forced to cut their hair?

I think it was a success. The virus situation was really bad in the Yau Tsim Mong area so the city’s first-ever lockdown was necessary. Some people tried to escape and were unhappy.

But other residents were happy to see the government stepping up the testing to identify potential cases in the community and stop the transmission chain.

However, I do believe the authorities could have handled it better. Residents could have been informed earlier so they could be better prepared. That might reduce the opposition to future lockdowns. Crystal Chung, 17

Yes, definitely. Jordan is known for its old and subdivided flats, where many poor and elderly residents live. So the risk of community infection is very high.

We cannot afford to have multiple outbreaks in Hong Kong. The lockdown helped reduce the spread of the virus and raised people’s awareness of personal hygiene. Lui Kai-lam, 15

Next week’s question: Should people who earn, or whose parents earn, more than a certain amount be forced to give away a percentage of their lai see this year?