If the Amazon rainforest could speak to the Pacific Ocean, what would it say? 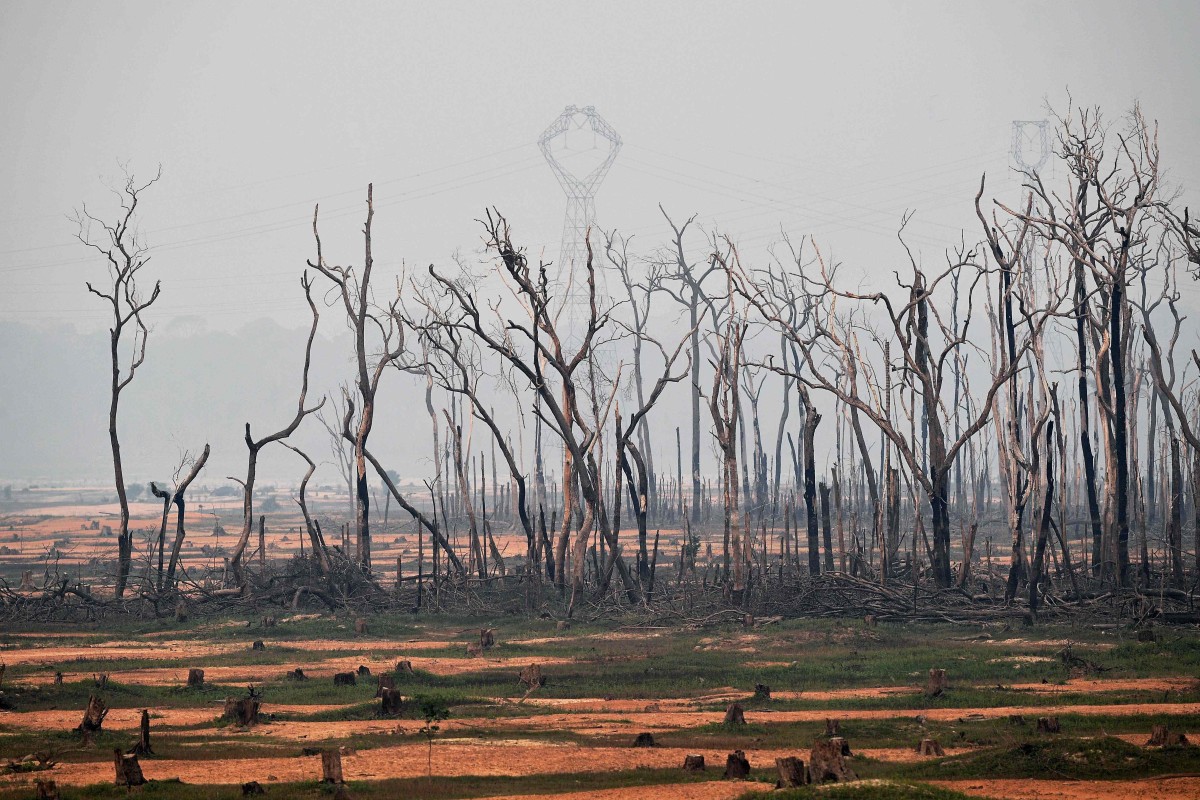 Every Wednesday we ask our Brain Game contestants one interesting, thought-provoking or just plain quirky question. Their answers will be published anonymously in Young Post. Then readers vote for their FAVOURITE answer. We will eliminate the contestant with the LEAST votes every week until we have a winner. The ultimate Brain Game winner will win a Mobile Pixel Duex duo monitor, which has been sponsored by searchingc.com, one of Asia’s leading online shopping platforms.

“My smoke from these blazes is covering everywhere! Pacificean, I’m really sorry that my droughts have caused your surface water temperature to increase.”

“It’s OK, Amazorest. I’ll try to recover. Though, if this continues, I may not survive for long. I recently heard that Mr Air, who takes care of all wild animals, has fallen ill and grey. We need to figure out what is causing you to react like this, Amazorest.”

“Let’s hope the humans who don’t understand your worth will soon know how much they need you.”

Amazon Forest: You are so beautiful, so blue. I wish I were half as beautiful as you. How lucky you are, To be filled with water.

Pacific Ocean: Lungs of the Planet, You ungrateful thing! People have given you a good name, But they harm me and make me dirty.

Amazon Forest: At least you aren’t set ablaze. Because of man-caused climate change, These Lungs are damaged. What use is it to be called beautiful?

Pacific Ocean: What a shame! Both of us have the same fate, Yet we are having this heated debate!

My health problems have been getting considerably worse. The pesky little beings are really taking a toll on my lungs, to a point where it’s impossible to get even one moment of peace.

What I’m afraid of – and it seems this may already be a reality – is that there will be permanent consequences. Every tree they chop down is a blow to my once majestic forest.

My messenger relayed to me that you have also been having trouble. I’m sorry to hear that, but I am also eternally grateful to have someone like you to confide in.

Mr Pacific Ocean: Long time no see! Why are you in hospital?

Ms Amazon Forest: I’ve got a terrible fever. My temperature is so high that I feel like I’m burning! I’ve been giving people a lot of oxygen, but they still continue to farm, cut down trees, and build dams across my river! That really damages my health!

Oh no, somebody please help save her!

Besides the fact that I’m on fire, everything’s fine! How are you doing? They say the reason they’re setting me ablaze is to create more space to grow things on.

They really don’t appreciate me, do they? I mean, I’m only single-handedly keeping climate change at bay, and, well, if I burn, the world burns with me. Literally.

Anyhow, I’d appreciate it if you could lend your old pal some of that cool water you’ve got so much of. If not, I’ll see you on the other side.

Hey buddy, I’m sure you’re aware of everything that’s been happening on our planet in the past few months. I was on fire for more than two weeks, and have even broken past wildfire records. And since I am known to provide 20 per cent of the Earth’s oxygen, I’m worried this will have a drastic effect on the world. Sadly, it will take centuries for me to recover. I was hoping you could lend me a hand and transfer some water to me. Thanks a lot!

It’s saddening how we have become worse over the last few decades. And it’s confusing how we constantly give to human beings the necessities they need to live, and yet they are quickly and thoughtlessly draining ours. I wonder how long it will take for them to realise that, by killing us, they are stripping themselves of oxygen and water – the keys to their survival, and that of the animals living among us. We have to hope that they will see the truth, and wake up, sooner or later.

Hi, Pacific, Amazon here! Thanks to your huge reserves of water, there’s a large amount of precipitation. But there’s a sour taste in the rain … haven’t you recovered from acidification yet? Argh, humans. I’ve been suffering from wildfires lately. More than 88 per cent of my body has been burned. Pacific, we have served many creatures on this planet, and what do we get in return? Silly humans, if I burn, you burn with me!

*In case of dispute, Young Post reserves the right to reserves to decide the result

Kelly Fung
Kelly joined the Post in 2018. She studied literature and cultural studies at university. She is studying for her master’s degree in journalism at JMSC, HKU. Telling the stories of local communities and individuals through her words and camera lens is what captivates her.
expand