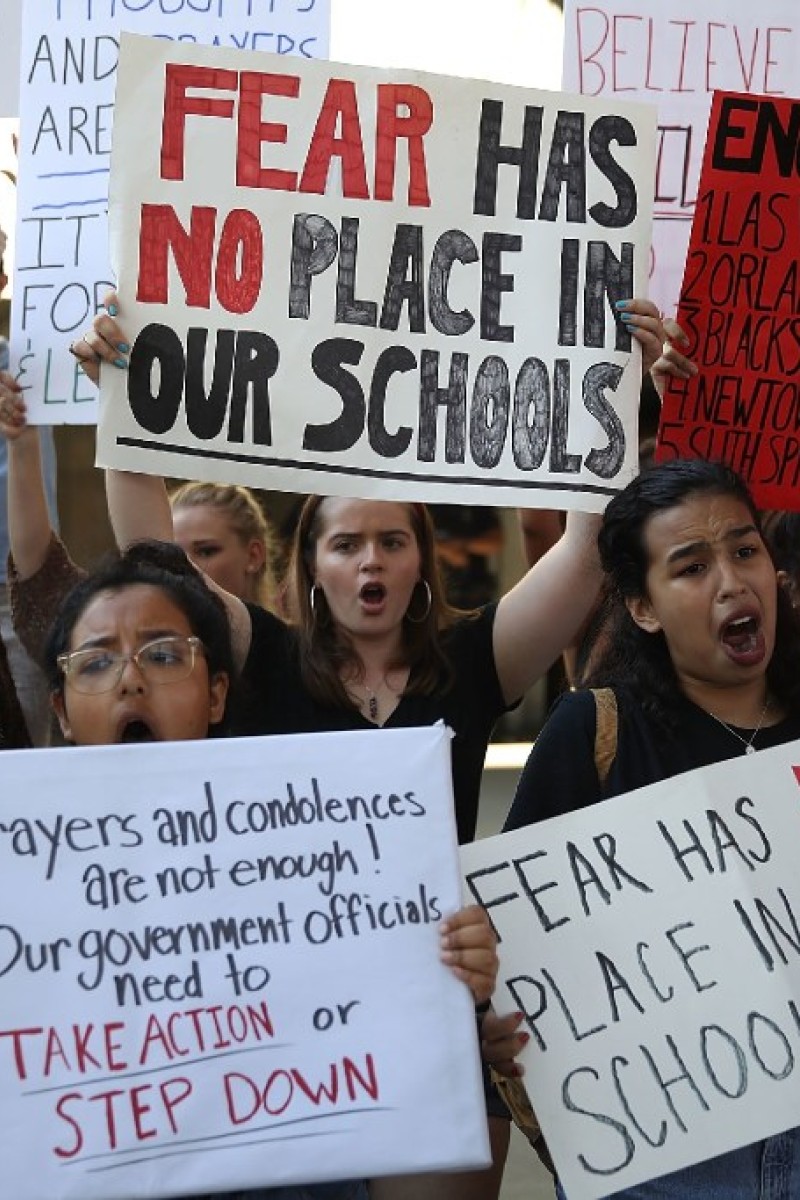 The young people of America have had enough of being potential victims every time they go to school.

Lots of students and their parents in the US want better gun control. They want these policies in place mainly because of people like Nikolas Cruz.

He has been charged with bringing a gun to a school in Florida and causing 17 deaths. People are saying he should not have been able to buy the assault rifle he allegedly used in the killings in the first place. Parents feel that school should be a safe place for their children. I agree.

Although many Americans are worried that they may have to give up their guns, at least students would feel safe at school. Isn’t that a good thing? Tougher laws would make it harder for people to buy guns.

Schools in the US should also remind students that guns are dangerous and shouldn’t be used. Parents should keep their guns away from their children.

I support gun control policies. I hope the US government thinks so, too.

Thank you for your letter, Angel. I find it hard to understand that anyone would disagree with making their schools safer for students. And I find it inspiring that the students themselves are leading the charge.

They are putting all their knowledge to work, showing the adults the way forward. Their campaign has already had a lot of success; for example, some sports companies have stopped selling guns, such as assault rifles, which no one needs.

So the Constitution allows Americans to have weapons in case the government turns bad and they need to defend themselves.

Gun enthusiasts have used this to mean any sort of gun can be owned by almost anyone. They also argue that there are already laws in place that would prevent people like Cruz from buying guns, but the laws themselves are not being enforced. So they doubt that new restrictions would work and fear that the millions of law-abiding gun owners will be punished.

Still, one has to wonder why any “law- abiding gun owner” wouldn’t willingly give up those kinds of powerful weapons to ensure there is less chance of a school shooting happening in the future.