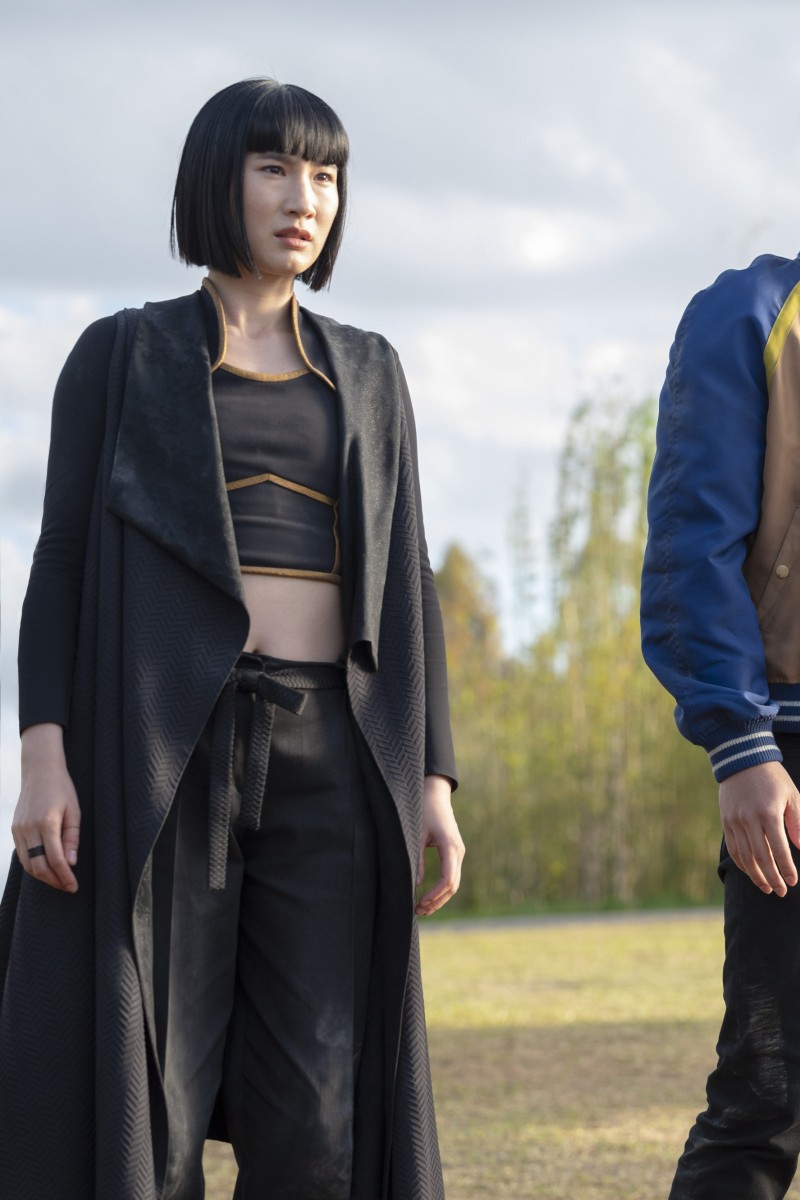 Your voice: A letter to Hollywood on Asian representation; do dogs have free will? (long letters) 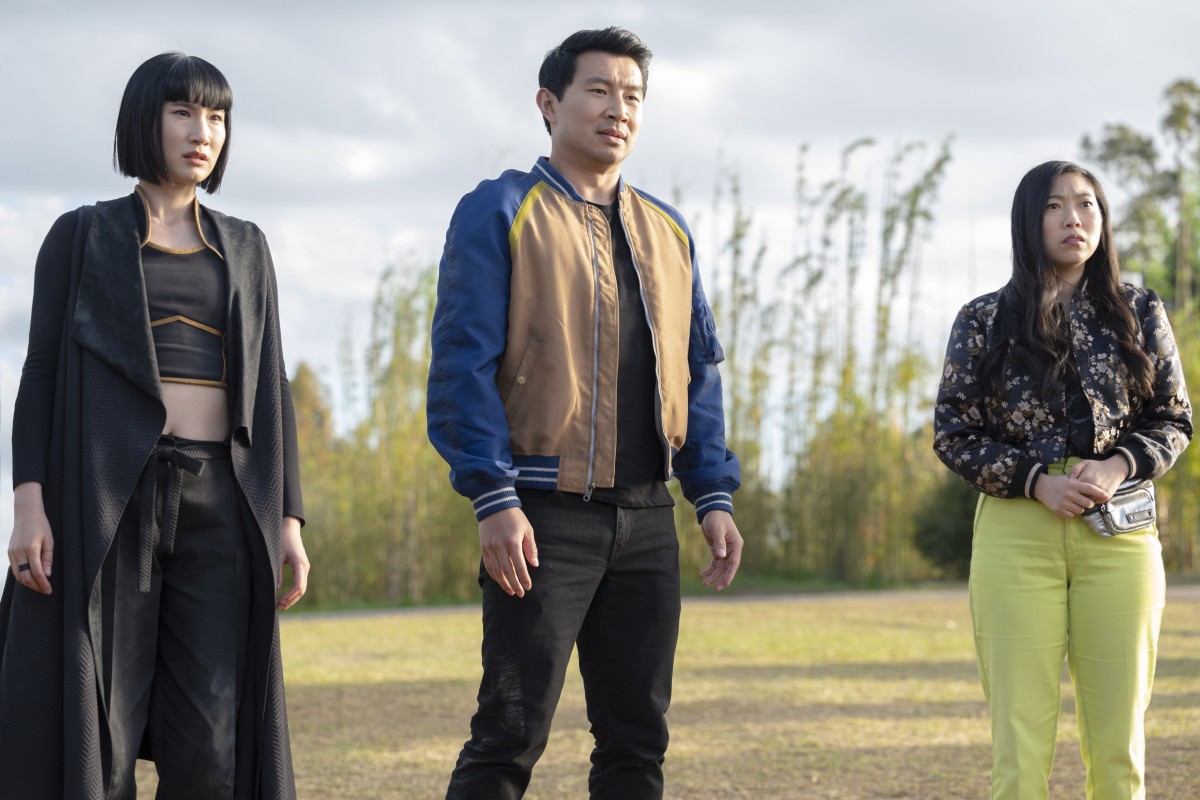 Beatrice Villaflor: A letter to Hollywood on Asian representation

Dear HollywoodThere is a lot to love about you: the glamour and gravitas of your spellbinding stories have long kept audiences at the edge of our seats. I’ve been fascinated by worlds you’ve woven in mere hours, moved by your artistic allure.

Despite this, there has been something that I have seen – or, rather, not seen – on your screens that needs to be addressed: the way Asians are presented in your stories.

According to a 2021 study by the Coalition of Asian Pacifics in Entertainment and the Geena Davis Institute on Gender in Media, among the top 10 grossing US films from 2010 to 2019, only 4.5 per cent of leads or co-leads were of Asian or Pacific Islander (API) descent. This is despite the fact that Asians make up about 7 per cent of the US population and Pacific Islanders about 0.4 per cent.

More pressingly, Asian characters have been portrayed as stereotypes. Of the characters analysed in the study, 35.2 per cent embodied a trope such as the “Exotic Woman” or the “Martial Artist”.

‘The Half of It’ is a win for queer Asian Americans

How you portray people of API descent has real-world consequences for these communities in the United States. As the pandemic continues, and hate crimes against API groups rise, these tropes pave the way for Western politicians to refer to Covid-19 as the “Kung Flu”, and for everyday people to continue believing these narrow-minded depictions.

Not all Asians are submissive or smart. Being Asian does not encompass the totality of our nature. We are not just foreign anomalies washed up on America’s shores. Exoticism should not be your entertainment.

In the worst cases, API characters aren’t even played by those of API descent. “Yellow face” is when white actors play API characters. It has been a problem in old films like Breakfast at Tiffany’s in which Mickey Rooney played a Japanese character, and recent films like Ghost in the Shell, which cast Scarlett Johansson in the role of an iconic Japanese anime character.

Scarlett Johansson plays The Major in “Ghost in the Shell”. Photo: Paramount Pictures

Instead of these API caricatures, Hollywood, it’s incredibly important to tell authentic Asian stories, especially in times where prejudice precedes acts of violence against many overseas Asians.

Crazy Rich Asians was the first Hollywood film with an all-Asian cast since 1993’s The Joy Luck Club, and set the stage for more films with Asians at the forefront. I remain heartened by films that incorporate Asian heritage in their storytelling – from Crazy Rich Asians’ dumpling making and mahjong, to Shang-Chi and the Legend of the Ten Rings’ impassioned characters and use of the Mandarin language.

These portraits are not all-encompassing, but are the perfect place to start. They show the necessity not only of Asians on-screen, but behind the screen too. It takes Asian directors and writers to create Asian stories rather than stereotypes.

Examples of this include Chloé Zhao, the second woman and first woman of colour to win an Oscar for Best Director; and Bong Joon-ho, whose film Parasite was the first non-English film to win an Oscar for Best Picture. Hopefully, we won’t just see East Asians in the future, but also Southeast and South Asians and Pacific Islanders. The Big Sick’s Kumail Nanjiani and The Good Place’s Manny Jacinto are a good start.

In the meantime, if you care to find me, I will be watching Crazy Rich Asians and Shang-chi for the thousandth time. Love, Beatrice

Hilary Li: Do dogs have free will?

With more Hongkongers migrating to Britain, animal shelters such as Hong Kong Dog Rescue have reported that many owners have returned their dogs back to the NGO.

While the humans leaving have been able to exert their free will, it made me wonder whether dogs also have free will.

For humans, free will is defined as having the power to choose from different options, independent of external influence. In this case, dogs did not have a choice in whether they were adopted, nor did they have a choice in returning to the shelter. Pet dogs do not have the freedom to choose how they live.

While the fact remains that dogs cannot freely choose their life paths, this does not immediately mean that they have no free will at all.

However, some argue that the mirror test is flawed for non-humans. The mirror test is a visual one, and dogs tend to rely on other senses, such as smell, to identify other dogs, animals or humans.

Nevertheless, dogs are aware of themselves and can express likes and dislikes. Every morning, I feed my dogs. Although I present food in front of them, this does not mean they are forced to eat what I have given them. They could easily walk away and leave it for later.

Cats are lazy and do not want to work for their food, scientists say

At the same time, dogs are conscious of their surroundings. When a stranger walks into our house, my dogs immediately begin to bark at them. Many dogs are also able to understand human emotion – feeling distress when their owners are sad, and wagging their tails when they sense their owners are happy.

Ultimately, however, humans are different from all other animals by nature of our languages and abstract reasoning. These abilities allow us to transcend evolutionary traits and determine our own futures, for better or worse. Human languages allow for a particular variety of abstract thinking, which is not something dogs can do.

My dogs cannot exercise free will or engage in abstract thought in the same way that I can. When we think of dogs and their mental capacity, they do not use reason to determine their actions, but instead are driven by evolutionary urges and work things out through trial and error. For instance, a dog’s decision to bite a pillow is driven by instinctive urges, not by the use of reasoning.

9 weird things dogs do and what they mean

If dogs do not have consciousness, that would mean they are unable to self actualise, which is the highest level of psychological development according to Maslow’s hierarchy of needs. It refers to being able to realise one’s potential and thus have a meaningful appreciation of life.

Pet dogs roam around at home, and wild dogs do so in the streets or in the wilderness. They do whatever they want, so at first glance, it seems as if they have free will. But when we look at the news, we see that pet dogs are being sent back to shelters because of decisions their humans have made. So do they really have free will?

The answer to this will probably continue to be debated for a while. Regardless of what we humans decide, we do have a responsibility for our pets’ well-being.