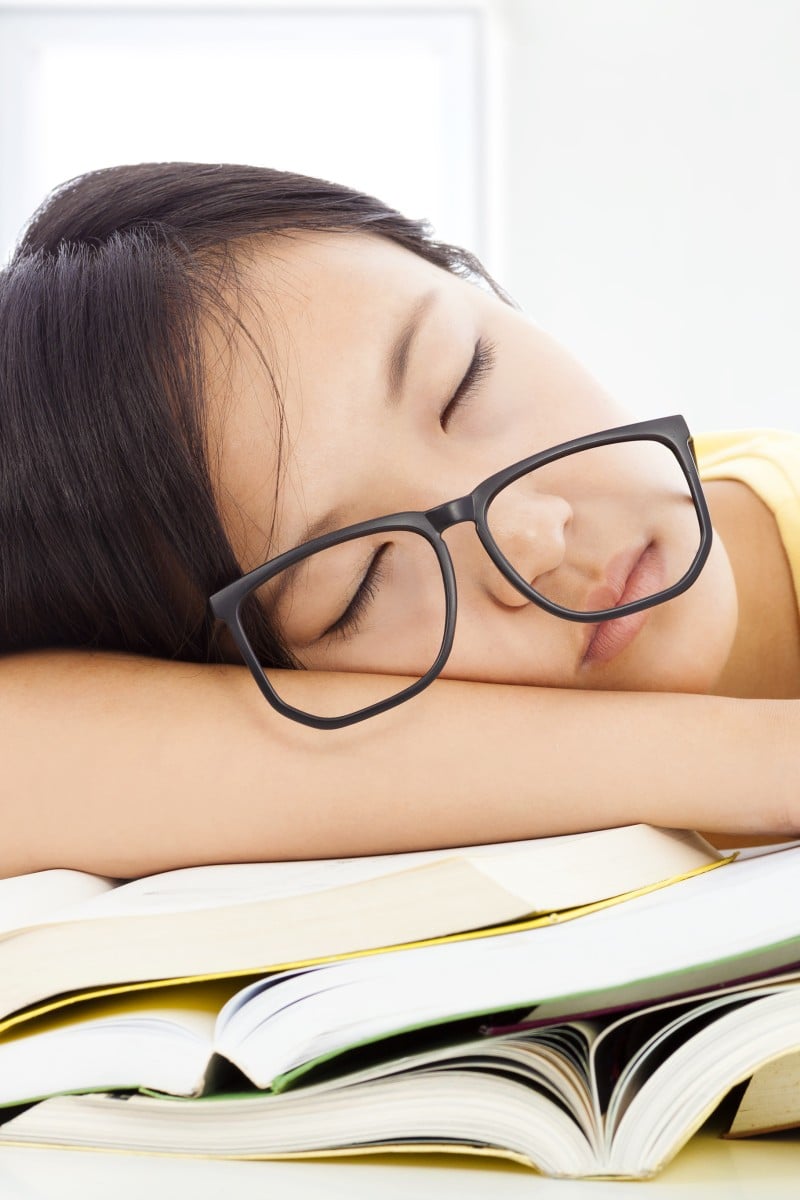 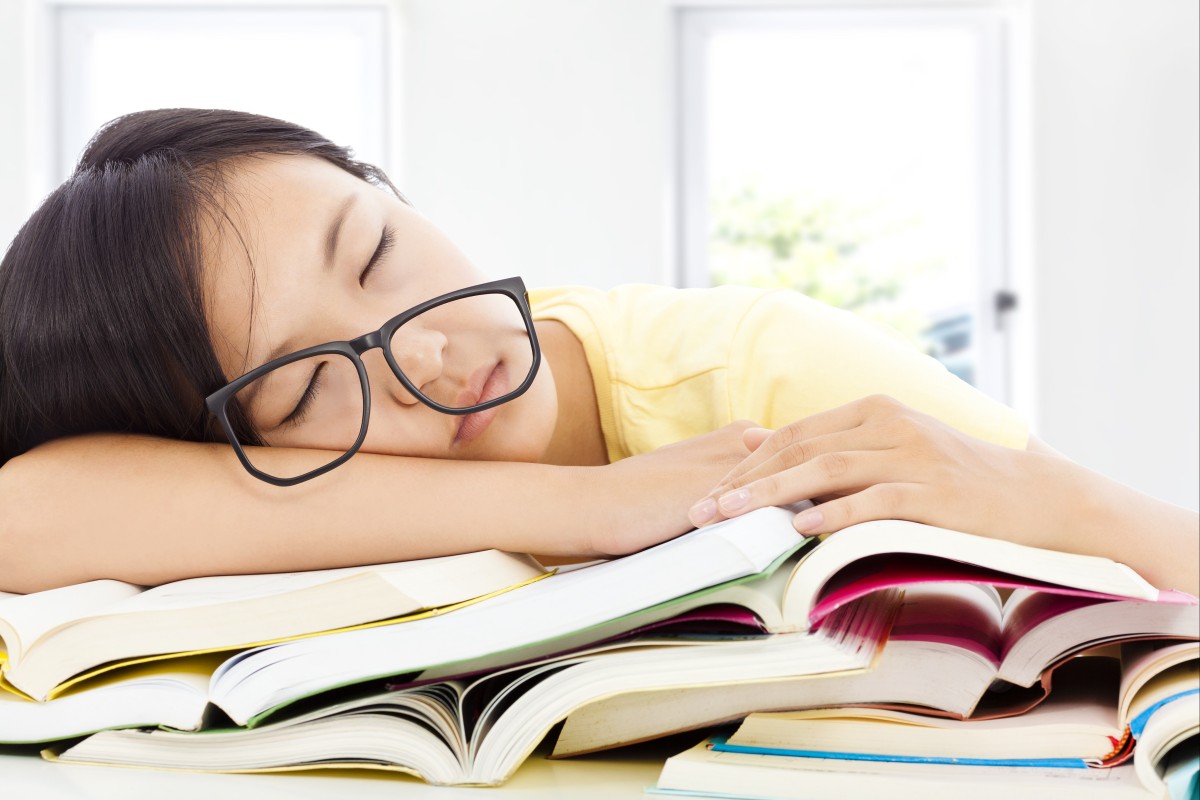 Students in Hong Kong are not getting enough sleep. Photo: Shutterstock

Feeling stressed because of school? Sleep can help

Do you think you got enough sleep this past week? How do you deal with your stress?

Many of Hong Kong’s students are snowed under with work and do not have sufficient time to rest. According to a study published last November by the Hong Kong Federation of Youth Groups, 34.7 per cent of the pupils polled slept an average of six hours or less per day.

The survey also showed that homework, tests and grades exerted enormous pressure on students. These things are preying on their minds. During the 2019-20 academic year, 23 pupils of primary and secondary school age were suspected to have taken their own lives.

Clearly, stress has a huge impact on us. According to a 2014 article on HuffPost, an American news aggregator and blog, stress can even change the brain.

People can become irritable because of a stress-related chemical change. French researchers published a study in 2014 in the journal Nature Communications about how stress can activate an enzyme that attacks parts of the hippocampus, a section of the brain that is responsible for regulating emotions. The study found that this can cause people to be less social and less understanding of others.

Research shows that stress can also damage memory and the ability to learn. This is because stress can slow the connections between cells in the brain’s hippocampus. It also can reduce the volume of grey matter in certain parts of the brain that are related to emotional and cognitive impairment.

If Hong Kong teens do not get enough sleep, this will take a toll on their brains. Photo: K.Y. Cheng

Thus, students must fight against stress and take better care of their bodies and brains. They can do this by getting enough sleep since it is the body’s way of recharging its batteries.

An article titled “How do we know we’re tired?” was published on November 22, 2021 on the science news site, ScienceDaily. It explained that researchers in Israel had discovered how stress factors damaged DNA in neurons during waking hours. But cells could repair it with sleep. The more damage done when someone is awake, the more sleep is needed.

Most doctors recommend between eight and 10 hours of sleep every day. Teens especially need sleep because their bodies and minds are growing during this time. A good night’s sleep can provide the energy and brainpower students need to do well in their studies.

If you are having suicidal thoughts, or you know someone who is, help is available. For Hong Kong, dial 2896-0000 for The Samaritans or 2382-0000 for Suicide Prevention Services.

Following the digital boom, non-fungible tokens (NFTs) have become the next big thing. Because of their many advantages, NFTs are likely to have widespread ramifications on the world.

An NFT is a unique unit of data stored onto a blockchain, and it can come in any digital format, such as a photograph, piece of artwork or even a piece of digital land. This means that even if people were to screenshot or save it, they do not own the NFT or its unit within the blockchain.

Here is a simple analogy: anyone is allowed to take a selfie with a Lamborghini, but that does not mean every person who took a picture owns the car or has the right to drive or sell it.

NFTs have become popular in the art world. Photo: Reuters

The unique qualities of NFTs open up many uses in gaming where revolutionary developments are happening in a quickly growing industry. Video games can reward players with NFTs for their in-game achievements.

For example, NiftyVille, a massive multiplayer online game developed by Onessus, takes an approach known as play-to-earn. Players can open virtual businesses to earn NiftyCoins and exclusive NFTs, which can be sold for real-world money.

But as more people become accustomed to NFTs, their use will extend beyond gaming.

The world is becoming increasingly digitised, and NFTs will be at the core of the coming digital era. Metaverse is the concept of a virtual world, and the idea has already been backed by tech giants. Last year, Facebook rebranded itself as Meta, and just last week, Microsoft’s merger with video game maker Activision Blizzard shows its investment in developing metaverse platforms.

Explainer: What are NFTs? Why do they matter to artists?

In this virtual world, NFTs will be the main way to buy everything. Objects such as real estate, clothes and cosmetics could all be traded as NFTs in the metaverse.

The non-fungible quality of NFTs (meaning it cannot be replaced by another identical item) could make them useful as memberships or tickets.

For instance, popular NFT collections such as Bored Ape Yacht Club already offer members-only perks. Gym memberships and concert tickets could also eventually become NFTs. Once they are purchased, buyers can profit from reselling them at a higher price. This could be instrumental in transforming payment methods across many industries.

The exponentially growing NFT market is very new, so it is still developing. However, its potential in the digital future is massive, and it is wise to keep an eye on its evolution.