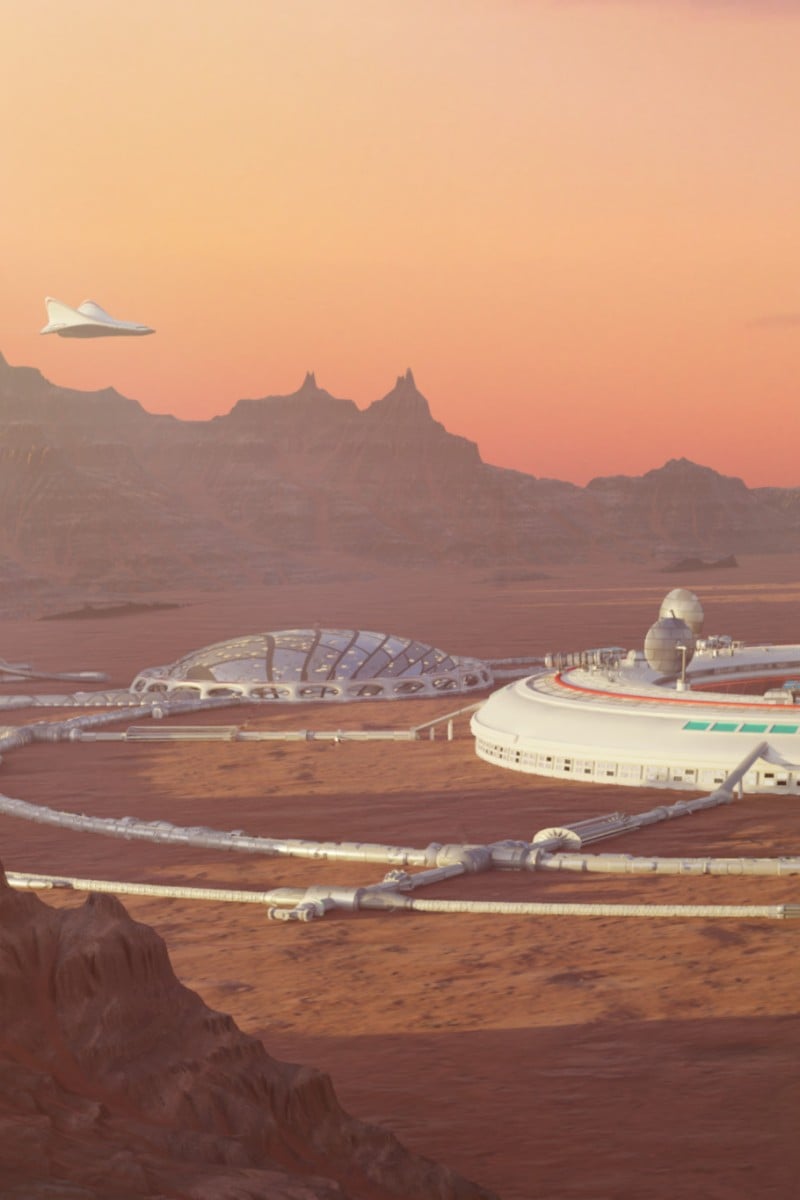 Your Voice: What it would take to colonise Mars; families need to accept their LGBT+ kids (long letters) 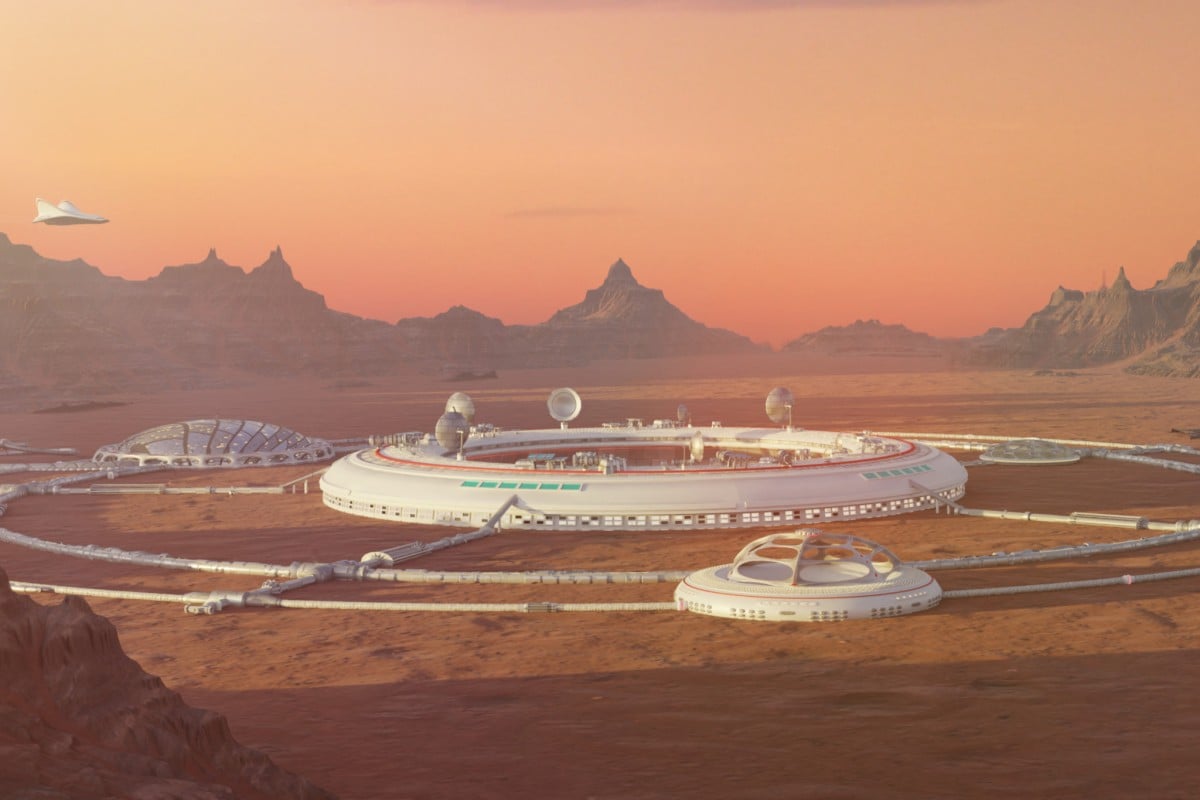 Would you want to live on Mars? Photo: Shutterstock

What it would take for humans to colonise Mars

“That’s one small step for man, one giant leap for mankind,” said US astronaut Neil Armstrong when he stepped onto the moon in 1969. This journey opened the door to many new possibilities for the future, including the idea of colonising space.

While it would be incredibly hard, it would not be impossible to colonise a foreign planet. This depends on the planet’s climate, time periods, rotational periods, and more. One of the best choices is Mars.

Mars is a terrestrial planet with a very thin atmosphere, unlike Earth, and has only one-third the gravity. However, Mars is very small compared to Earth, and its atmospheric pressure is less than ours. Thus, there is no water on the planet. Thankfully, Mars has many icebergs that can be used as water when melted, so it is not a lost cause.

In other aspects, Mars is similar to Earth, with comparable time periods for its days, seasons, and rotational periods, which make it a great candidate for colonisation. Its soil is also good for plants and has many beneficial components.

A process called terraforming would be necessary for the planet to be properly colonised. This is the process of transforming a planet, making it as similar to Earth as possible. Mars’ thin atmosphere makes it vulnerable to solar radiation, which would slowly strip the atmosphere and dry up the water. The terraforming process would involve replicating the Earth’s magnetic field and making Mars’ atmosphere thicker. This would stop the sun from breaking down the atmosphere.

Terraforming takes hundreds of years, and it would be ages before Mars had oxygen. “The timescale for producing an oxygen-rich atmosphere on Mars is 10,000 x 17 years, or around 170,000 years,” said Nasa experts Aaron Berliner and Chris McKay. However, if humanity needed space before that, biodomes made of glass would also be an option. Many plants could be grown inside to create oxygen in the dome.

It would take a lot of work to make Mars a place where humans could live. Photo: Shutterstock

Since the biodomes need light, they could be made out of high-performance glass that can keep oxygen within the dome. Because of the thin atmosphere on Mars, solar radiation would be much stronger than on Earth.

To solve this problem, the glass used to build biodomes would need to be thicker and slightly tinted. Building biodomes in the shelter of Martian caves would also be an option.

Then, buildings and houses could be constructed, eventually turning the biodome into a small city. We could build multiple connected biodomes on the surface of Mars, enough for a civilisation to develop.

A huge problem with colonising the Red Planet would be the difference in gravity. Mars has a gravity level of 0.38g, about a third of Earth’s, 1g. This makes moving around on the surface much easier. Nevertheless, there would still be a few problems for humans.

“Their eyeballs might change shape and make work impossible; the heart might not be able to pump blood through the body and muscles might severely cramp up,” said Mary Roach in her book Packing For Mars: The Curious Science of Life in the Void.

All in all, colonising space is an exciting idea that people have spent years thinking about. One day it could even become a reality, rather than the fantasy it is now.

Parents must accept their LGBT+ kids

Did you watch the hit show Ossan’s Love? If you did, did you enjoy the budding romance between the two male protagonists?

Imagine you had a child who told you they were gay – how would you react? If you are fine with who they are and accept them, that’s wonderful! Unfortunately, that’s not the case for many parents in Hong Kong.

Nowadays, more people have come to terms with their sexuality and are comfortable identifying as queer.

But the older generation of Hong Kong, like parents and grandparents, still regards everything LGBT+ (lesbian, gay, bisexual, transgender and more) as a sin or “unnatural”. They grew up in a society where people used slurs to describe those in the queer community and even committed violence against them, and they have struggled to adapt to a more accepting world.

However, their lack of acceptance has troubled LGBT+ teens. Parents are supposed to love and support their children no matter the circumstance. But many teens choose to hide who they are because they know they won’t be accepted by their parents, or worse – that they could be disowned. It is upsetting that many of them don’t feel safe coming out and choose to stay in the closet.

Parental expectations, and the fear of rejection if they fail to live up to them, prevent queer teens from coming to terms with who they are.

Compulsive heterosexuality is one example. This is the theory that heterosexuality is assumed and enforced upon a person. Since birth, girls are taught and told repeatedly that they must only date guys and vice versa, and if they don’t, they are outcasts and sinners. How will teens ever know who they are if they are not introduced to the different possibilities? Parents’ ignorant beliefs prevent their children from being who they truly are.

Parents should accept their kids no matter what. Photo: Shutterstock

If you are a parent, you have to understand that your child’s sexuality is not a choice. Instead of shaming and shunning them, why not embrace them and help them go through this journey?

Even though they are queer, they are the same person inside and out, the same child you have raised since birth. Their sexuality shouldn’t be a barrier between you two, and it may even help you grow closer as you support them through the process of discovering themselves.

And if you are a teen struggling with your identity, remember to never be ashamed of who you are. Sexuality is a spectrum, and even if you are different from others, it doesn’t make you an outcast. If your loved ones can’t accept you for who you are, you can try to give them time to understand. Eventually, they will come around. And if they don’t, just remember that you are not alone, and there are other people that love you for who you are.

As Lady Gaga sings in Born This Way, “No matter gay, straight, or bi’, lesbian, transgender life, I’m on the right track, baby, I was born to survive.” We are all born equal, and our sexuality does not define us. We used to fight for tolerance, but now we fight for acceptance. Hopefully, there will be a future in which all parents can accept their children for who they are.