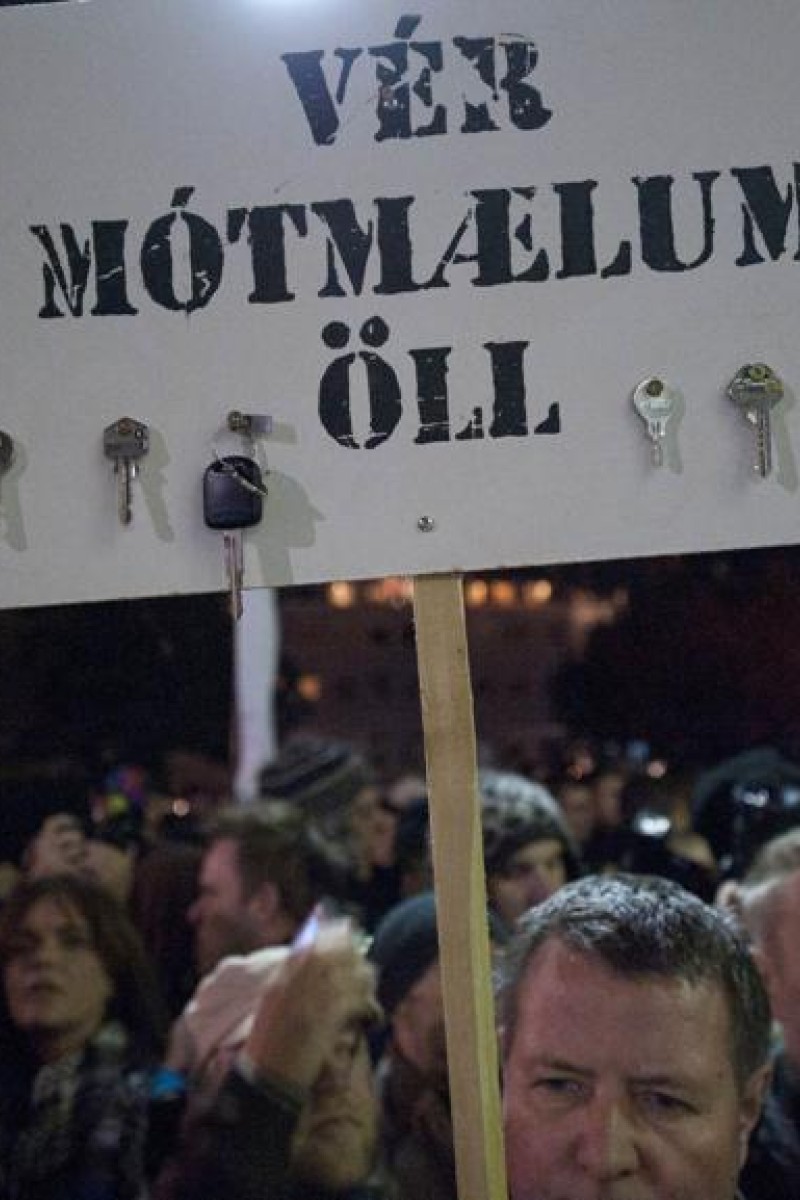 The rise, fall, and rise of Iceland post the 2007 global financial crisis

Despite suffering a huge blow during the late 00s, Iceland has worked their way back to being one of the world’s richest economies 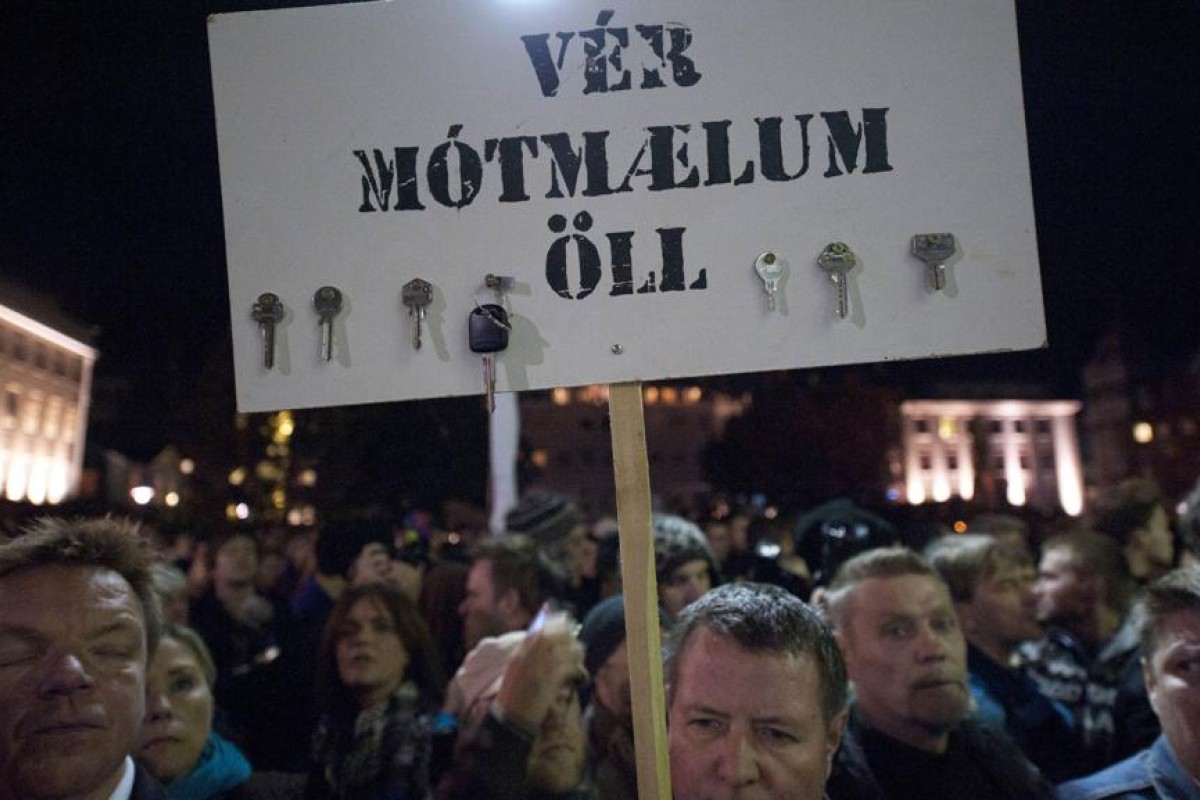 Iceland’s economy was hit after its banks collapsed in 2008.

The tiny Nordic country of Iceland played an unlikely role in the global financial crisis of the late 00s. By the time the crisis hit, Icelandic banks had accumulated assets worth nearly nine times the country’s annual output – up from under twice its gross domestic product (GDP) in 2003. As highlighted by the International Monetary Fund (IMF) by its reports on the Icelandic banking sector, the banks had loaded up on huge amounts of toxic assets (assets that were designed to fail). Michael Lewis writes in his book, Boomerang, that Wall Street investment bankers structured various fundamentally unstable financial products for their clients to bet against. Someone obviously has to take the other side of these bets – and often it was the Icelandic banks. Lewis writes that word on Wall Street was that the Icelandic banks would buy the assets no one else would touch.

With both economic and political stability, China proves the doubters wrong

In this way, the Icelandic banks took on massive exposure to the subprime mortgage market in the United States and other foreign assets of questionable quality. The Icelandic banks’ problems were made worse by the method through which they decided to fund their overseas buying binge: they had promised Dutch and English depositors high interest rates and guaranteed return of capital. Thus, Icelandic banks found themselves with an incredibly unsustainable business model. As the banking sector grew, so did stock market values, which doubled in a matter of under three years. The entire financial system was, of course, built on very shaky foundations, and a collapse was inevitable.

When Lehman Brothers declared bankruptcy in late 2007, the short term lending market dried up, and with it, the source of funding for Iceland’s banks. The banks were rendered insolvent, with debts so large that they could not possibly have been bailed out by Iceland’s government. The stock market, heavy in financial shares, plummeted. Within a year, the market capitalisation of stocks on the Icelandic market dropped by nearly 95 per cent, causing a massive loss of wealth for investors.

Conveniently for the Icelandic government, it had not guaranteed the deposits of foreign investors, a majority of whom had been enticed by non-legally binding promises that their capital would be secure. Less conveniently, the government had guaranteed the deposits of Icelandic nationals and, given the scale of the banking collapse, did not have the financial standing to make good on that commitment. As a result, the Icelandic government was forced to borrow a total of US$4.6 billion from the IMF and other Nordic countries. Such emergency loans always come with riders, and Iceland’s credit line was no exception. This segues well into a discussion of the impact the global financial crisis had on Iceland’s GDP.

Iceland’s economy contracted significantly in the immediate aftermath of its banking crisis due to the confluence of a variety of factors; however, the country’s economic growth also rebounded very quickly.

One of the primary conditions of the loan from the IMF was a drastic reduction in spending by the Icelandic government. Austerity measures are a condition for such loans to ensure that governments make a serious effort to raise the capital required to repay loans. Cutbacks on welfare transfers, government infrastructure projects, and suchlike ensured a drop in GDP – at least in the short term.

Consumption was hit strongly by the collapse in Iceland’s banking system and stock market. Because stock market values plummeted, consumers experienced a reduction in the wealth effect. Essentially, their net worths had reduced and, as a consequence, so did their propensity to consume. You spend more money when you feel richer. The central bank also raised interest and tightened the money supply to control inflation. This led to an adverse interest rate effect by which it became more expensive for consumers to make big ticket purchases, such as cars and houses. Such purchases are deferred and GDP is hit. In addition to the interest rate and wealth effects, consumers also had their spending power directly reduced by the imposition of a wide variety of taxes designed to raise government revenues. With the tax multiplier effect in mind, it is simple to see how the introduction of new taxes on a variety of economic activities would have an adverse effect on overall economic growth. A reduction in spending by consumers reduces the income of others, and does not allow for a multiplier effect to occur.

New investment by corporations naturally takes a beating in a tempestuous economic environment. Uncertainty about inflation prospects and government solvency made companies hesitant about making new investments, as did the increase in interest rates, which made it harder to raise capital at a reasonable cost. Furthermore, uncertainty in the Krona’s (Iceland’s currency) value added further complexity to the decision-making of corporate managers regarding investments. The net result is a reduction of investment in the economy, and therefore a drop in GDP.

The crisis of confidence in the Icelandic banking system resulted in a massive flight from the Krona. With faith in the government’s solvency at a low, Icelandic people were taking their money out of the country as fast as they could, selling their Kronas for currencies perceived as more reliable – primarily the US dollar and the British pound. This put significant downward pressure on the Krona, which in a matter of months lost sixty per cent of its value. To stop a full-fledged capital flight, the government eventually imposed capital controls, restricting the ability of investors to convert out of the Krona.

Iceland is very much dependent on a variety of imports. The fall in the Krona made imports much more expensive for Icelandic consumers. The Consumer Price Index (CPI), created using a basket of commonly bought goods, rose sharply following the collapse of Iceland’s banking system. Inflation increased. Only through the central bank’s tightening of the money supply was inflation finally reigned in, and stability restored.

Having addressed the economic contraction that took place in Iceland, it is quite clear to see why unemployment spiked from an exceptionally low two per cent to a not-incredibly-worrying nine per cent. Essentially, as aggregate demand in the economy fell, real output was lowered, and employment opportunities were reduced. In the disequilibrium that was created before short-run aggregate supply adjusted, workers lost their jobs. It is evident, however, that the economy eventually corrected. The unemployment rate was on its way back to two per cent by the end of 2015. Iceland did not experience severe unemployment largely as a result of the Krona’s devaluation, which helped the labour market reach equilibrium even when faced with sticky wages.

As outlined earlier, the Icelandic government was mandated to impose austerity measures. The government significantly hiked taxes on its people, and imposed taxes wherever possible. This helped plug gaps in the government budget, although it had the adverse effect of constricting consumer spending in the economy. In addition to this, the government drastically cut back its spending, and the central bank hiked interest rates up to 18 per cent to shore up Krona. Combined, these measures put significant pressure on the economy, as elaborated upon in the discussion of Iceland’s GDP. Ultimately, however, the government’s measures were able to restore confidence in its solvency and its commitment to fixing the economy. Additionally, because the government allowed the Krona to drop 60 per cent, the Icelandic economy became far more competitive. Exports became cheaper on the international market, and unemployment did not increase as it would have had Iceland been unable to change the value of its currency.

Iceland is well and truly back on track. It remains one of the world’s richest economies, growth is where it was, and the inflation and unemployment have stabilised. It seems like the Icelandic people have lost their appetite for investment banking – leaving the country’s darkest days behind it.